Italian cuisine. Delicious, delectable, mouth-watering…I just can’t get enough of it. I think I’ve established by now that I love food, and so I take every dining experience when we are in other countries very seriously. I research, I read reviews…I rarely (okay, never) just “pop into” a place when hunger strikes (the mere thought of doing so fills me with horror). I consider it a crime to have a meal in a crappy restaurant when there are so many wonderful ones just around the corner, and I am sometimes mentally incapacitated when trying to decide where to dine. Yes, dear readers, I have issues.

Now, I will clarify that I am not really a “foodie”, nor do I require Michelin starred, impossible-to-get-reservations-at, highfalutin (when’s the last time you heard that word?) eateries. I tend to seek out the smaller, relaxed, friendly, family-run, give-you-a-big-plate-of-food-with-a-not-too-big-check-at-the-end types of places. I’m not knocking the other ones – they’ve got those Michelin stars for a reason – they’re just mostly not for me.

With that in mind, for my next several posts, I am going to share with you my top three dining experiences (in no particular order) from our trip to Rome. Let’s start with:

As the name would suggest, this small, family-run trattoria is located very close to the Pantheon. Even though it is only about a hundred steps away from a popular tourist site (usually a sure sign of sub-par food and service), they have been feeding satisfied locals and tourists alike since 1961. With a traditional Roman menu that changes slightly to reflect seasonal items, Armando al Pantheon is not to be missed.

This was our second visit to the trattoria. We first dined there in 2011, and I always knew I would go back. Though the service is not exactly warm and fuzzy, it is efficient and polite. Reservations are almost always a must (we saw them turning many people away who just showed up hoping to get a table), and if you don’t want to call, there is an easy request form you can fill out on their website.

We started our meal with a bottle of wine (of course) and an antipasto of bruschetta al tartufo nero (with black truffle). Ah. May. Zing. 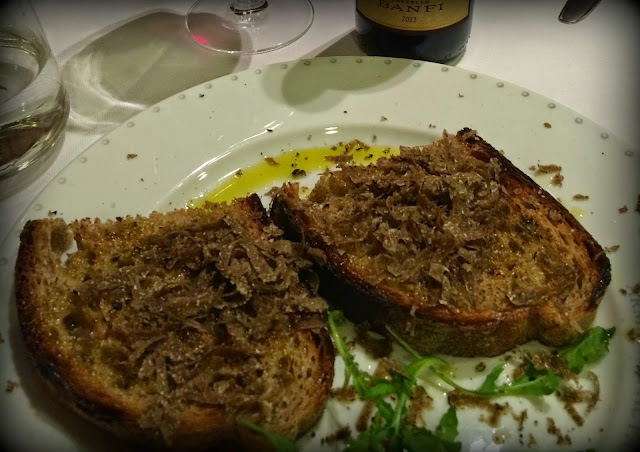 The flavor of the truffles simply exploded in my mouth, and I could have easily eaten about five pieces. It’s a good thing I didn’t, though, because I wouldn’t have had room for my primo piatto (roughly translates as “first course” and is usually a pasta dish), which was simply heaven on a plate. If the waiter told me that the Pope had come in earlier and said he had asked God to whip up a little something to be served for dinner, I would have accepted this as fact after my first bite. 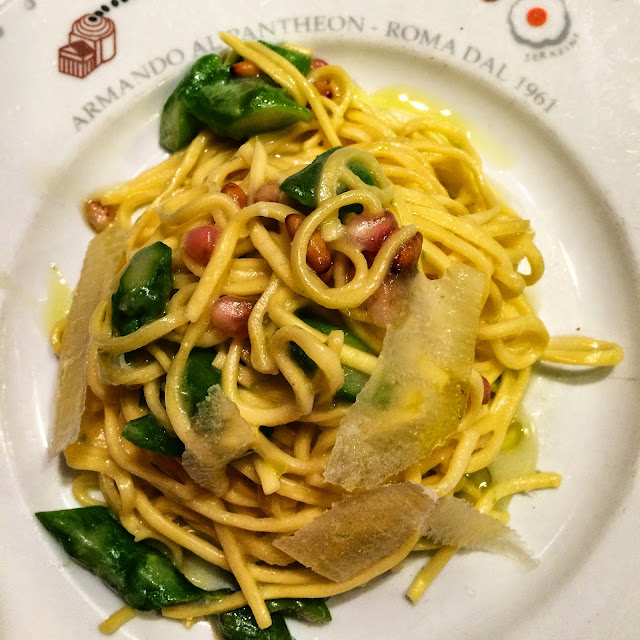 On the menu, this dish was described as taglioni with asparagus, toasted pine nuts and fresh pecorino cheese. But they could have saved some space and just listed it as “This Dish Will Blow Your Mind”. I actually had to tell myself several times to eat more slowly, because I never wanted it to end. Unlike Olive Garden, Armando al Pantheon doesn’t do the never-ending plate of pasta. If it did, I would still be there.

Generally, if we have any antipasti, we only have a first course after that, not both a first and second (FYI…this is a completely acceptable thing to do – you do not have to order each course). Anyway, that’s what we did on this visit, although there were plenty of delicious-sounding secondi piatti available. We did, however, have dessert! My aunt and I both had the chocolate mousse with pistachio pieces and whipped cream on top: 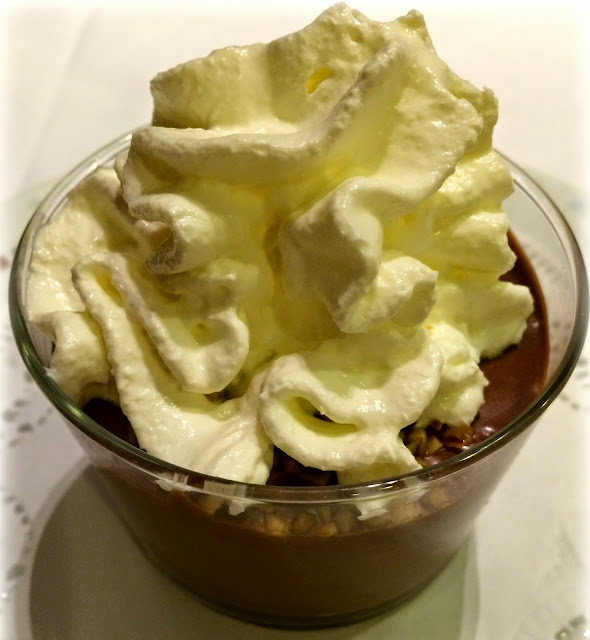 My mom had a slice of cheesecake – made with ricotta cheese, strawberry jam and drizzled with chocolate: 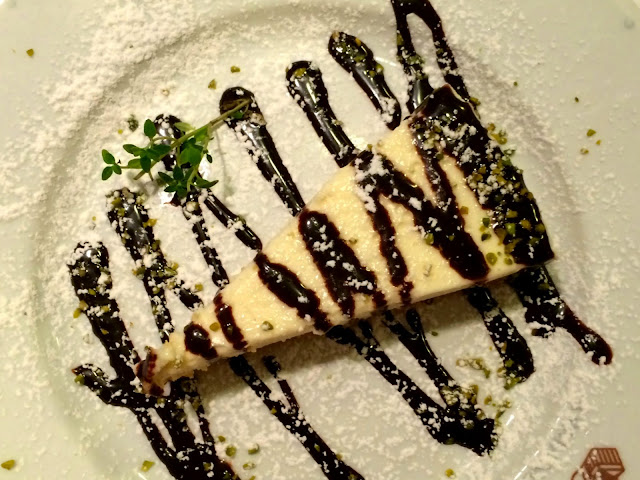 Both were delicious…and the perfect end to a perfect meal! 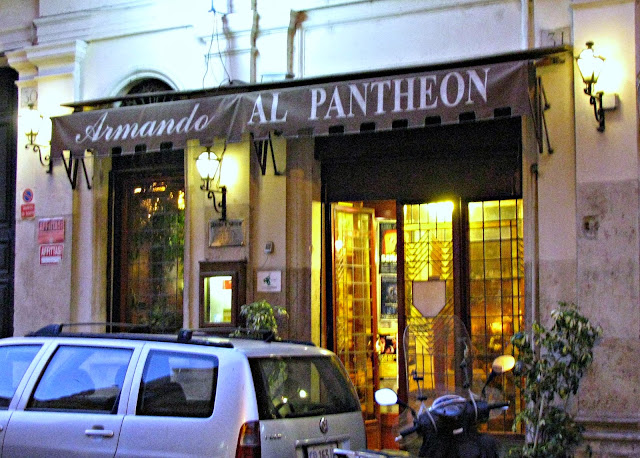 Have you ever eaten here? What did you have? Share in the comments below!

« A Virtual Journey Back in Time
Dining in Rome: Ristorante That’s Amore »