The final stop on our Viking river cruise was Budapest, Hungary. Split in half by the Danube River, evidence of settlements has been found in the city dating as far back as the Old Stone Age, which was roughly a whole lotta years ago. From then up until its unification in 1873, Budapest actually was two separate cities…one on the west bank called “Buda” and one on the east bank called “Pest” (I bet you didn’t see that coming!). After that, Budapest became the capital of Hungary and continued to grow – in both size and importance. 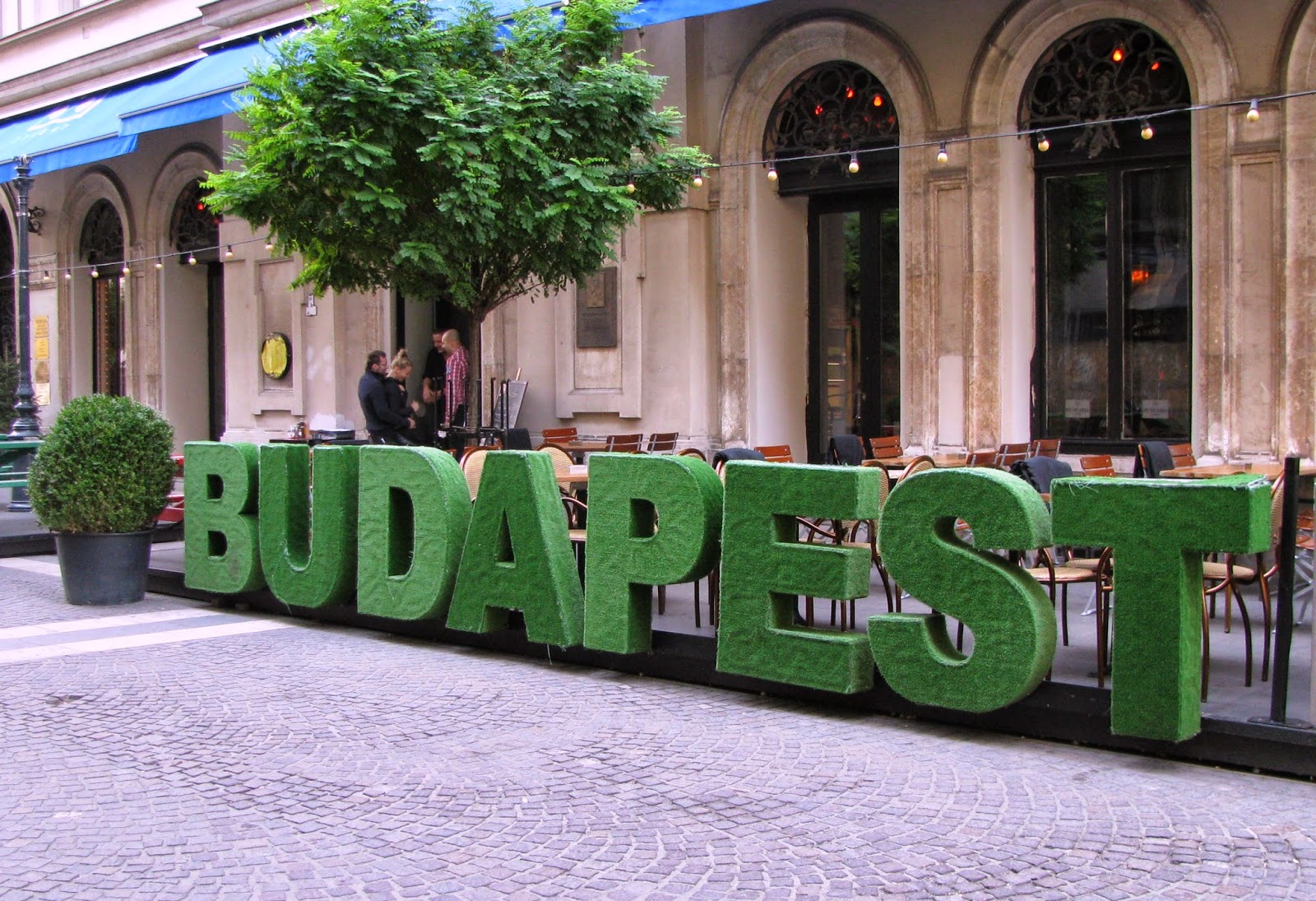 Budapest is now considered by many to be one of the most beautiful cities in Europe. In addition to its many UNESCO World Heritage Sites, it is home to approximately 80 geothermal springs. While we didn’t have time to visit any of the baths, we saw plenty of other amazing things.
Our ship had a prime parking spot right near the Chain Bridge, which was completed in 1849, and was the first bridge to connect the two halves of the city. 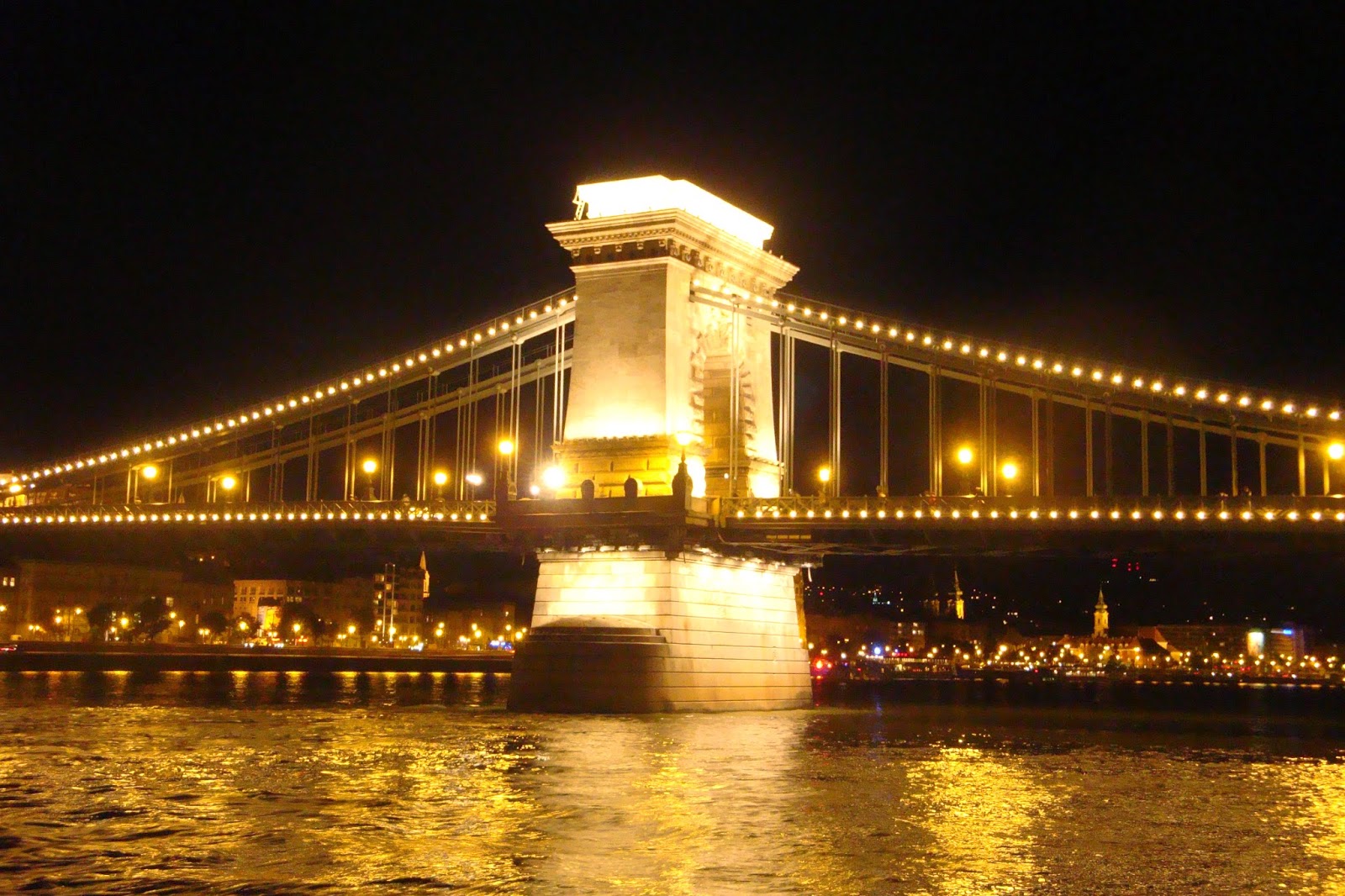 Our first morning in Budapest, we once again boarded a bus and set out on a driving tour. We drove past the Parliament building, down Andrassy Bouldevard and past the Opera House to Heroes’ Square. Unfortunately, we didn’t stop at any of these places. We crossed over the Danube and drove up to an overlook near the Liberation Monument. Here, we were able to get off the bus and enjoy the beautiful views of the city below us. 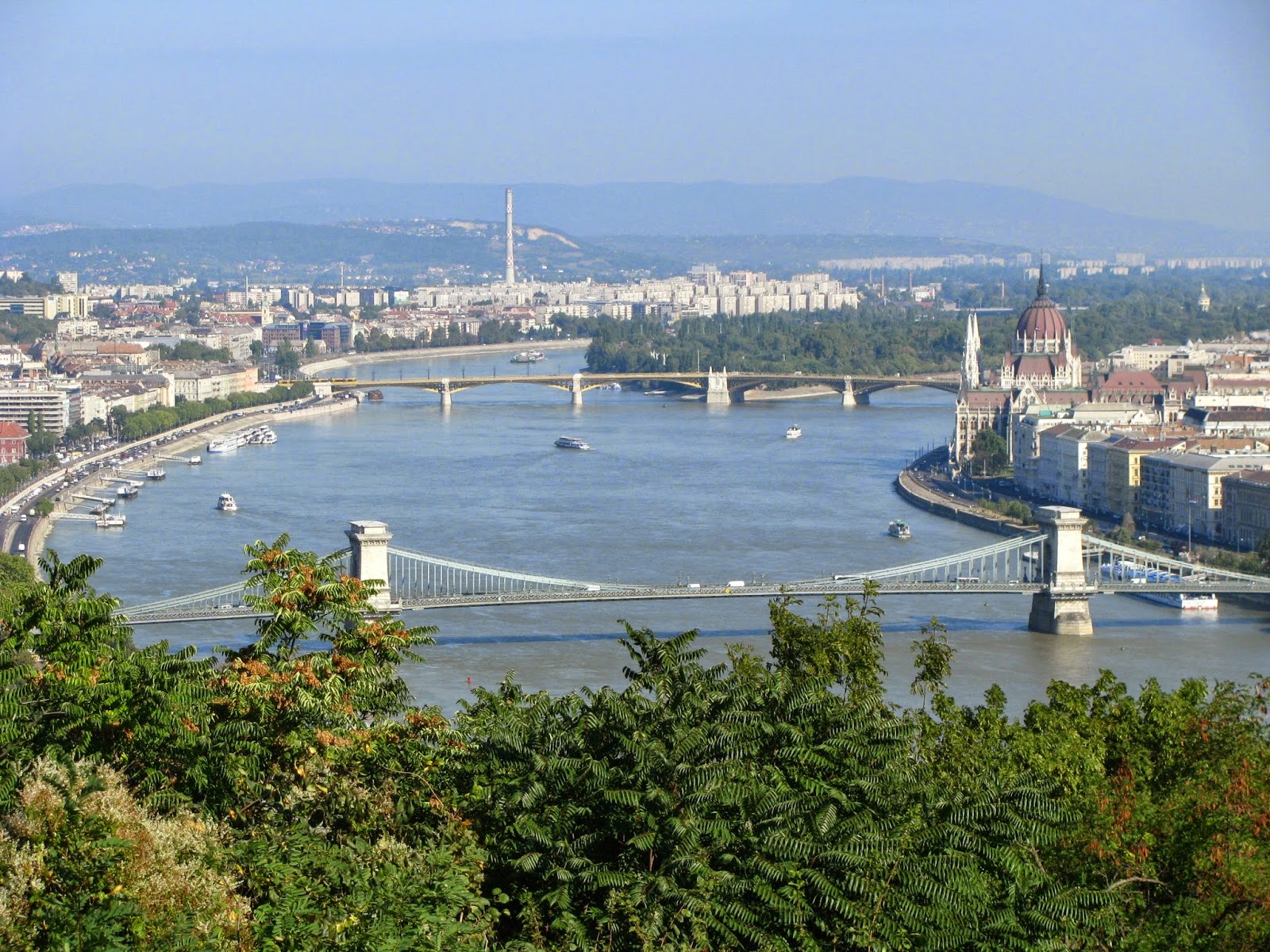 Next, we drove to the Fisherman’s Bastion area and had time to walk around on our own. We visited Matthias Church with its gorgeous tile roof, and enjoyed more breathtaking views of the city. 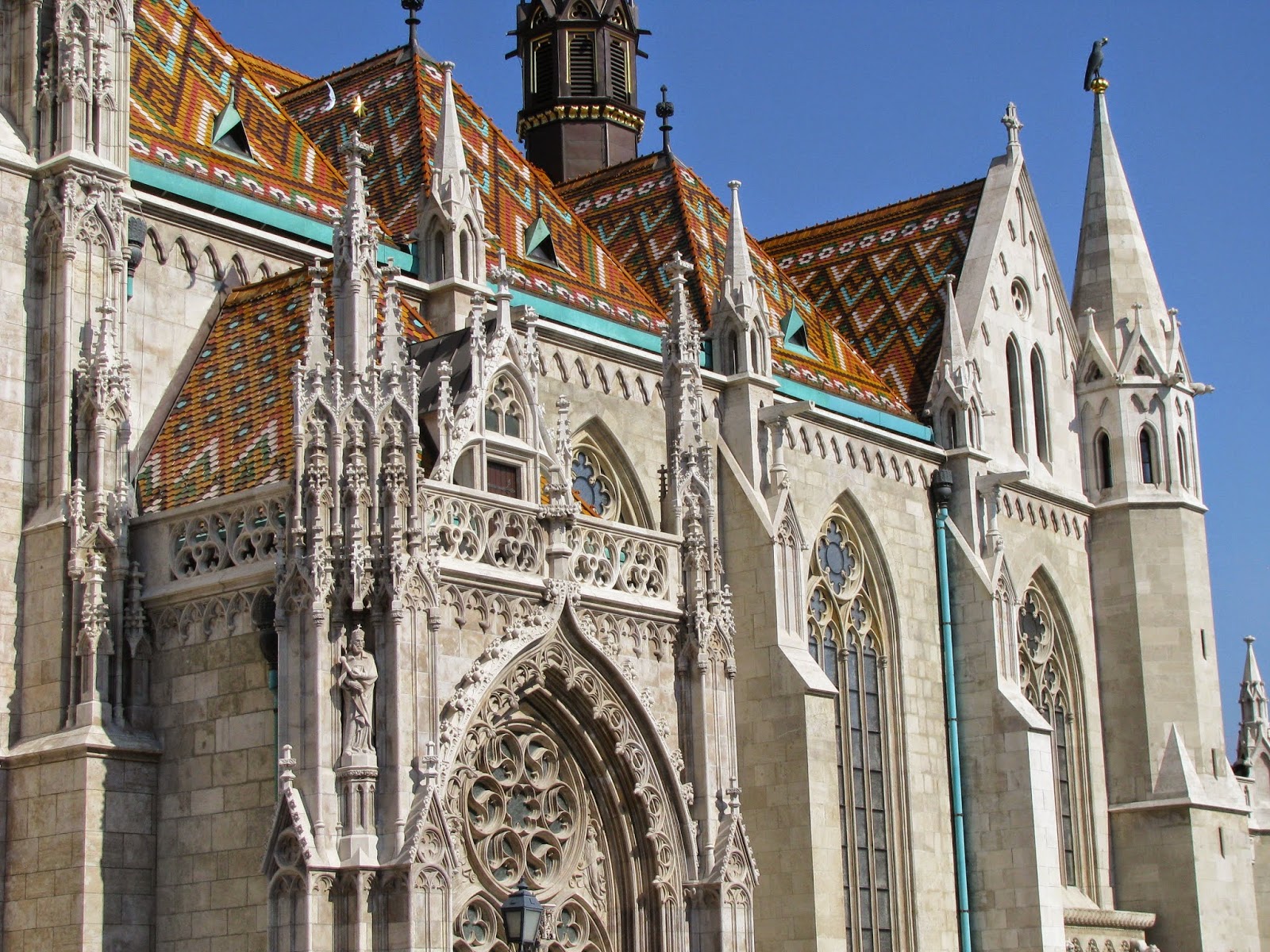 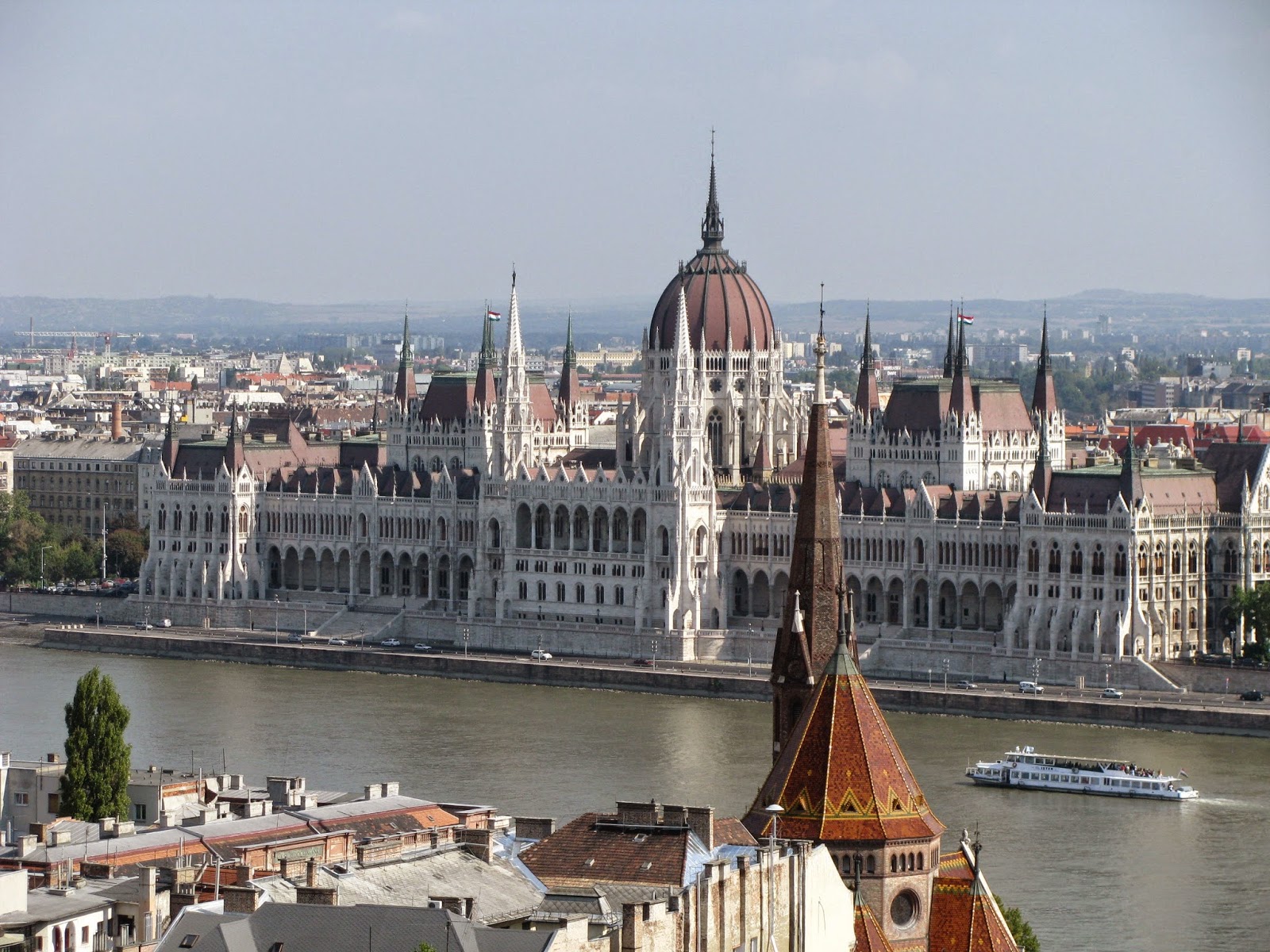 After this, we were taken back to the ship and then had some time to walk around on our own. We strolled up and down Váci utca, which is one of the main pedestrian thoroughfares in the city center. 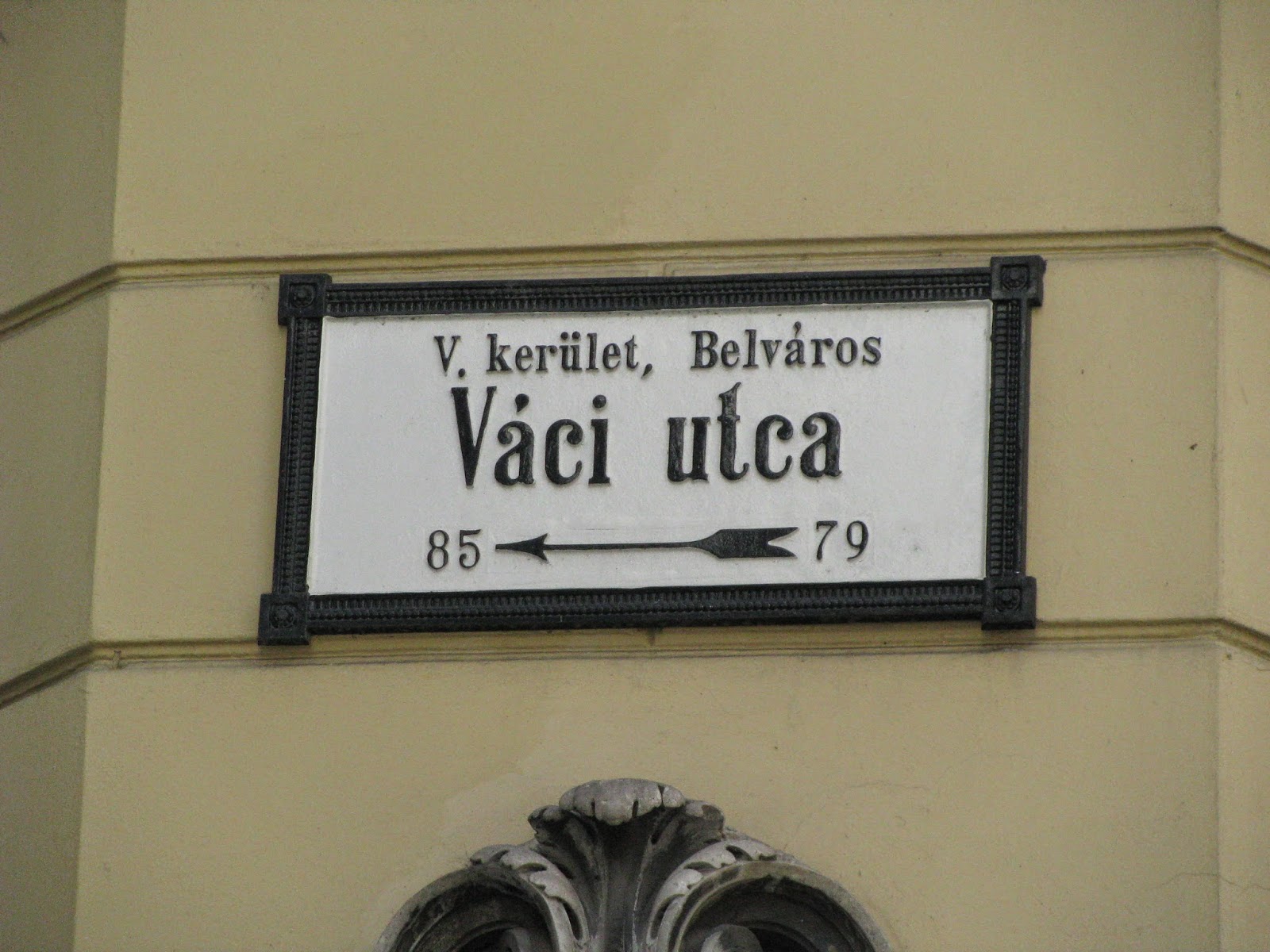 All along the street, you will find shops, restaurants and tourists. We did a bit of souvenir shopping and then headed back to the ship for our final dinner onboard. 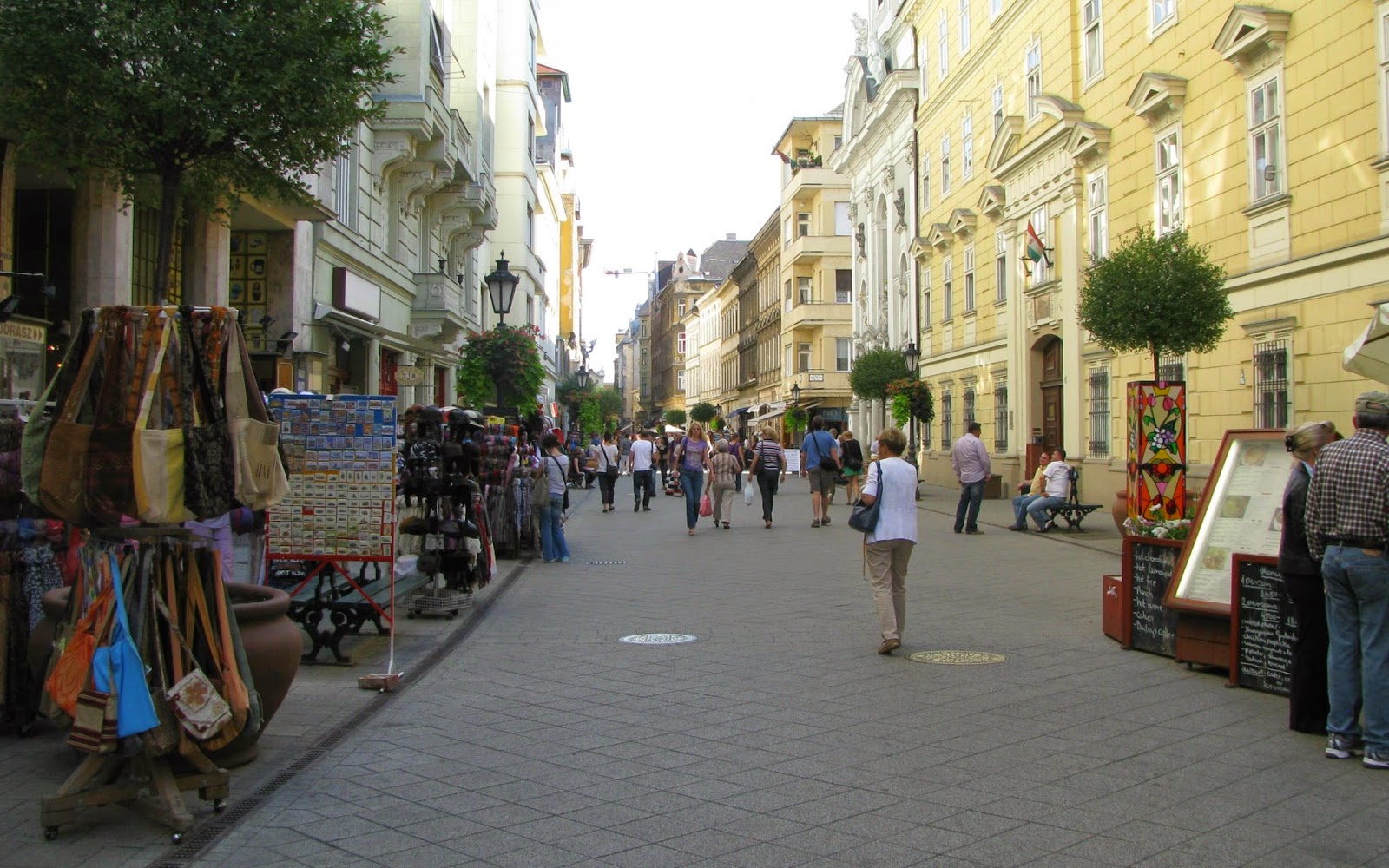 The next morning, it was time to check out and say goodbye to the amazing staff members we had come to know and appreciate over the past week. While many of the passengers were on their way to the airport, we got in a taxi to take us to the Budapest Marriott Hotel, where we would be staying for one night. The hotel was in a great location right on the Danube and two short blocks from Vaci utca. We checked in and dropped off our luggage, then headed right back out to make the most of our remaining time in Budapest.
Our first stop was the Central Market. The market is huge…and walking inside, you just don’t know where to look first. Filled with food, spices, handmade items, fruits, vegetables, meats, etc., it’s a place for tourists and locals alike. 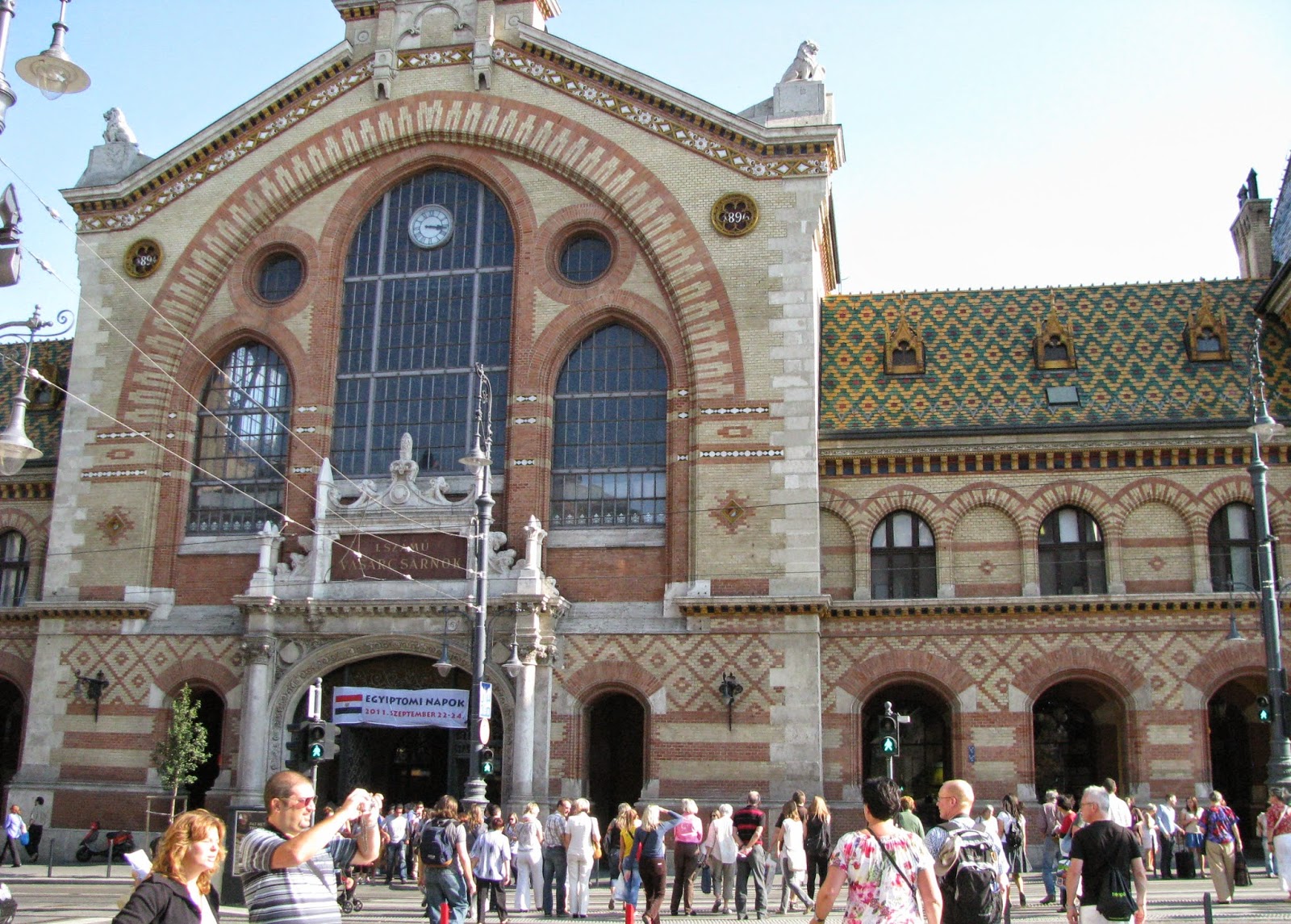 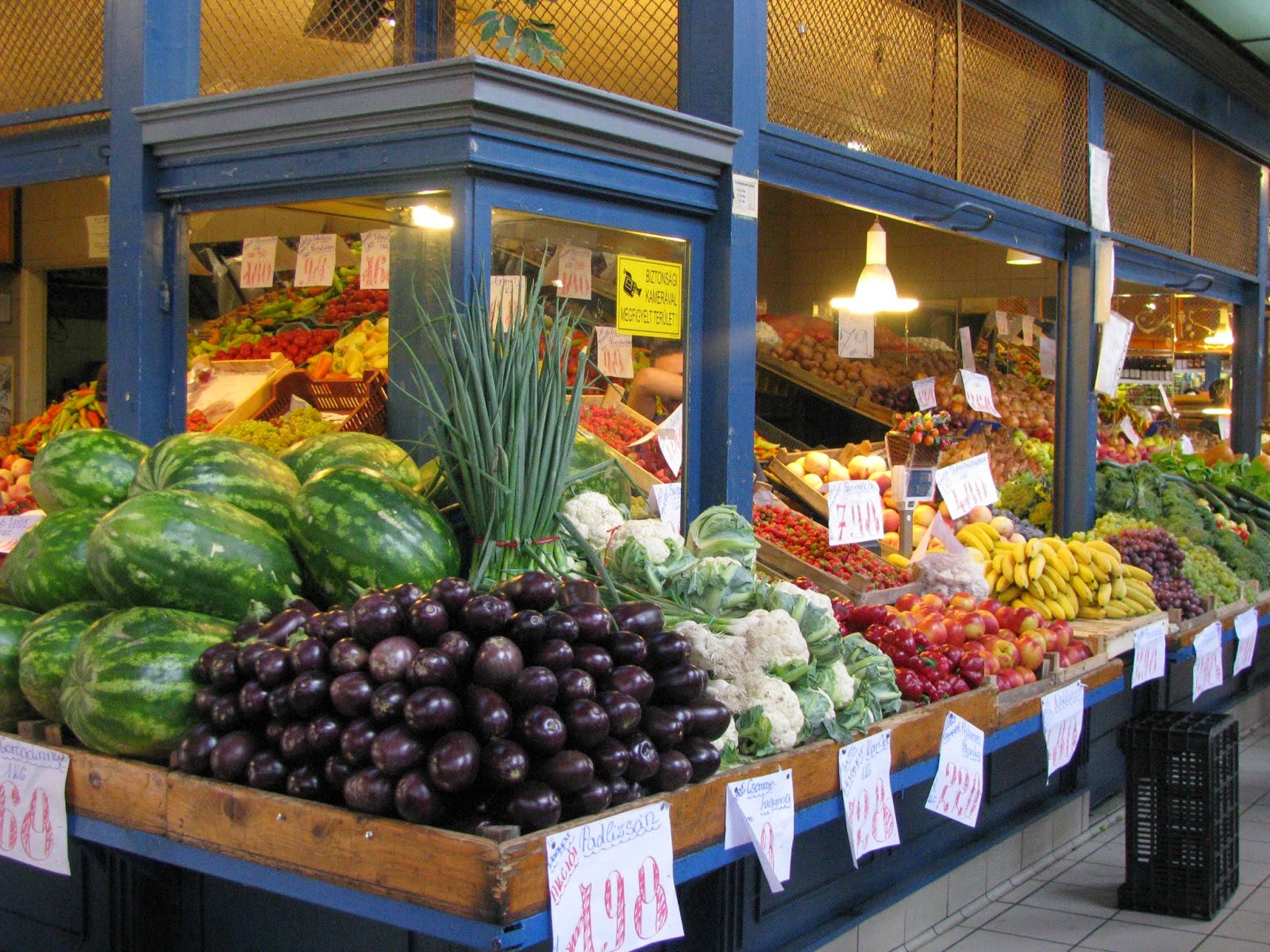 After leaving the market, we walked back down Vaci utca and realized it was time for lunch. We came to a restaurant called Sörforrás Étterem & Rendezvényterem (try saying that without getting tongue-tied…no fair if you’re Hungarian!). I was curious just now as to what the name might mean, so I put it into Google Translate. Apparently, we ate at “Source Beer Restaurant & Function Room”. Sounds much better in its native language, I’m sure (and now I’m disappointed I didn’t have beer with my meal). 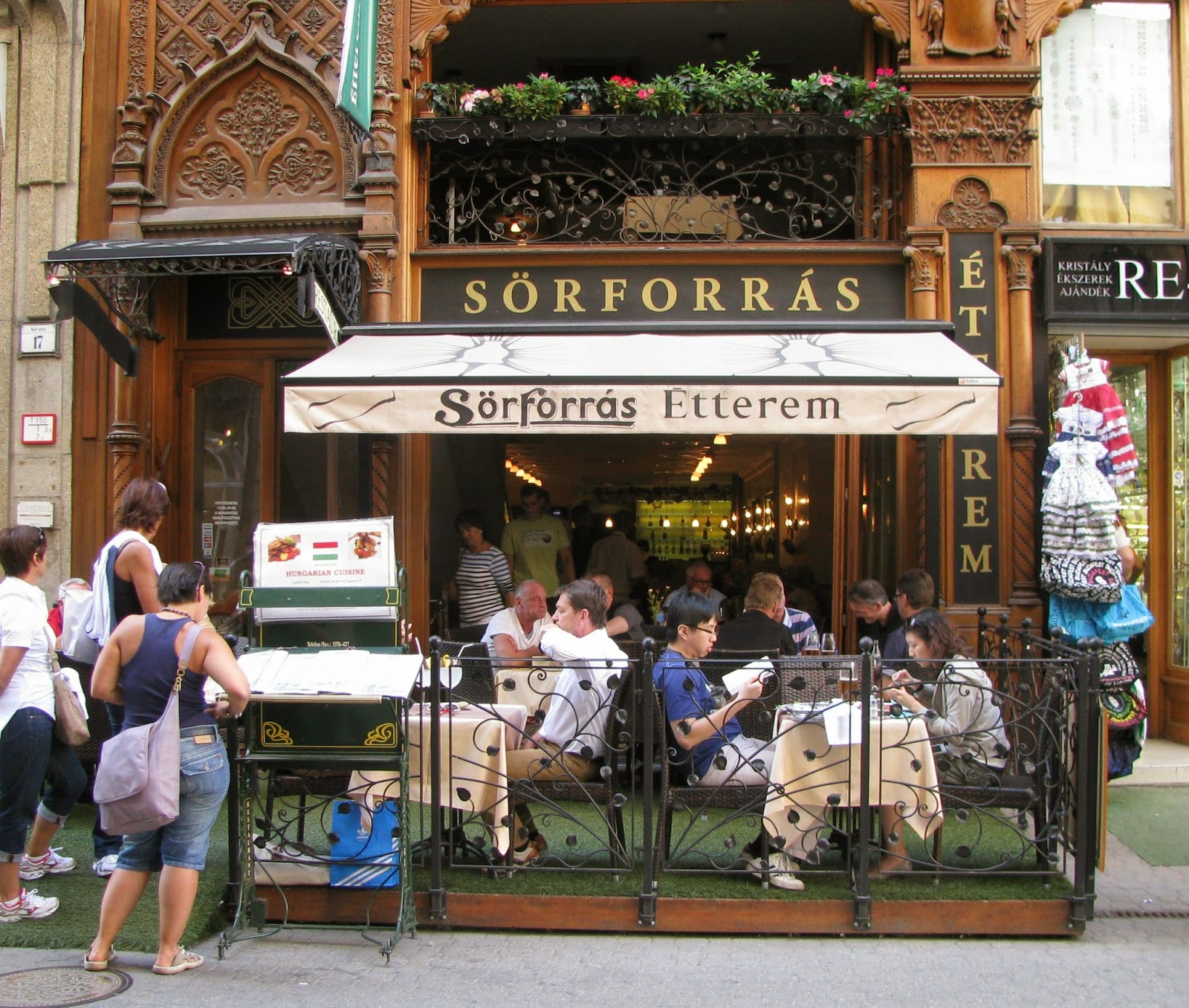 Even though we generally avoid restaurants on main drags or near tourist attractions, the menu looked good and we were hungry. There were no tables available outside, so they seated us inside right next to the window.  Service was efficient and friendly and we all enjoyed our meals. I ordered the pork tenderloin (sorry, I was halfway done with it before I remembered to snap a pic), my mom got the veal stew and my aunt had the wild boar stew: 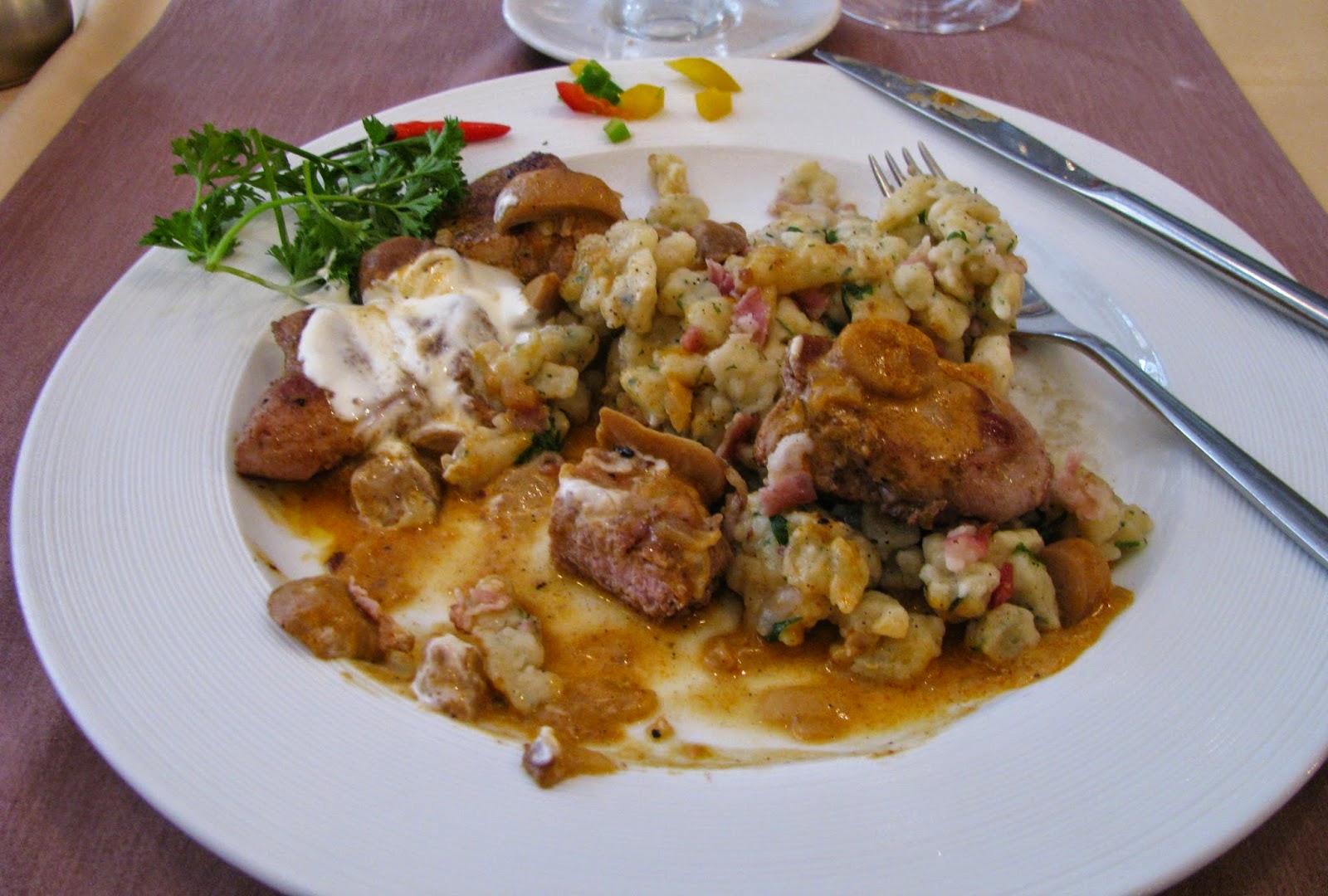 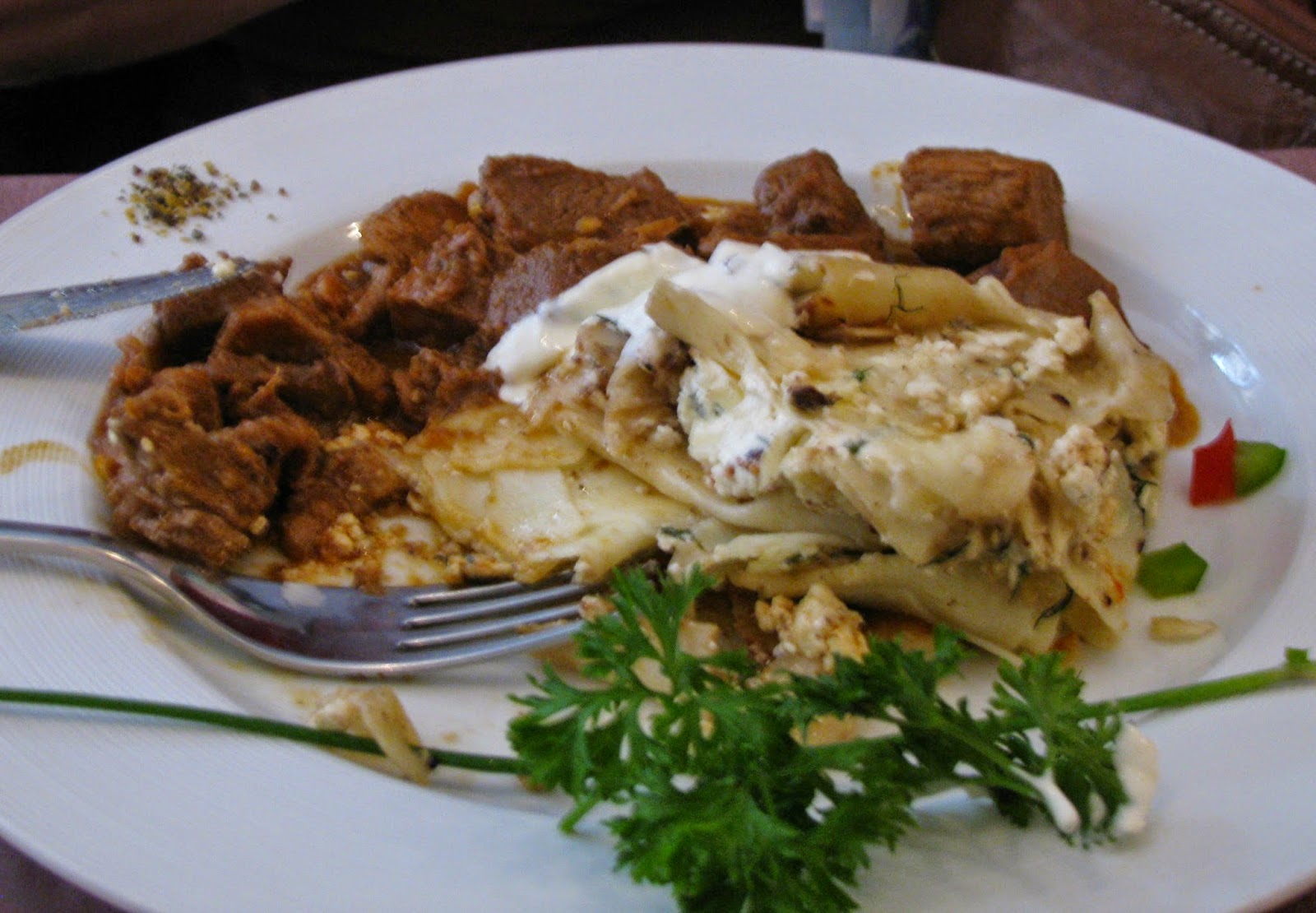 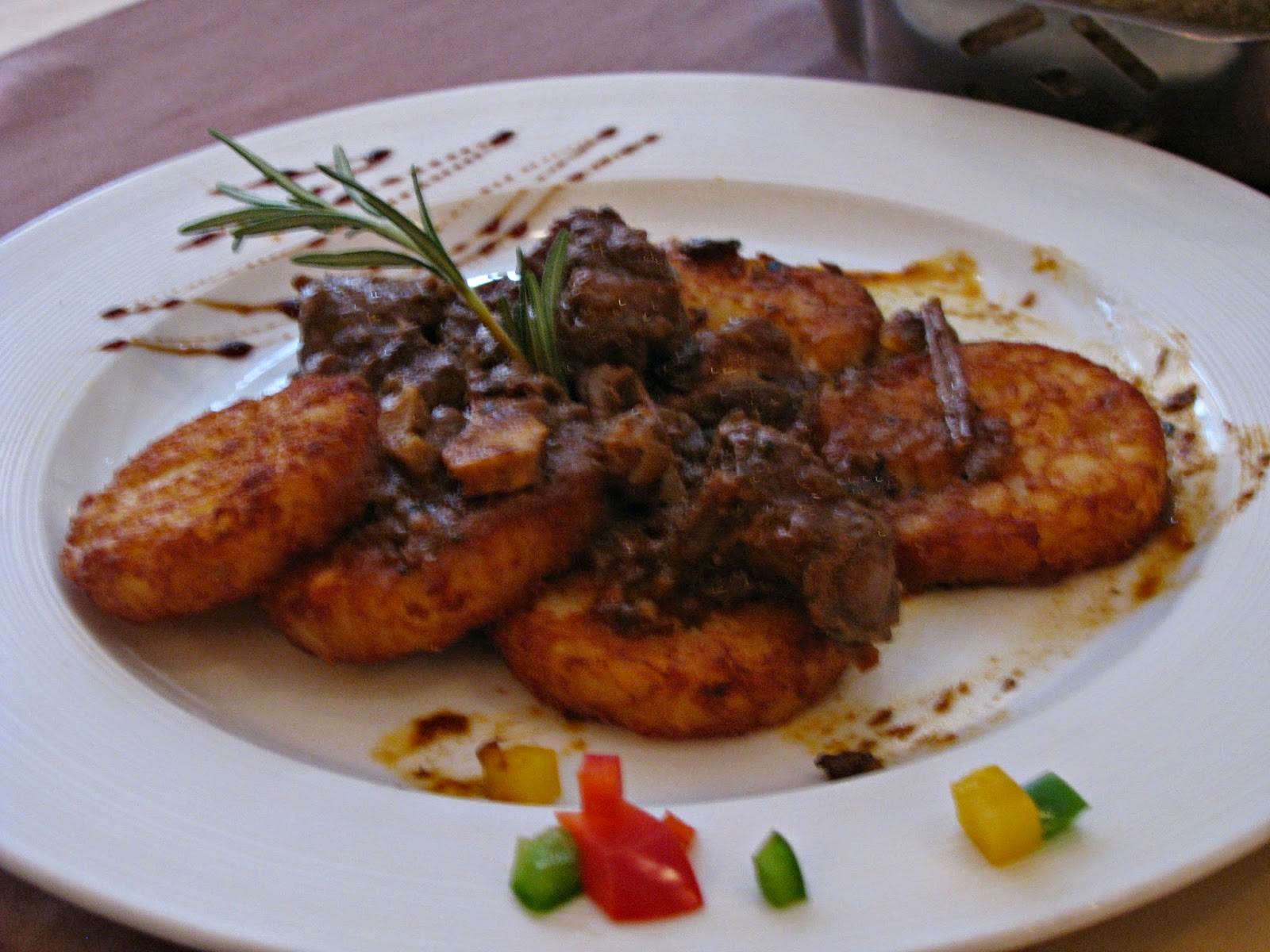 We went back to the hotel to freshen up and rest for a bit. Since we had a big lunch, we just wanted to find someplace to sit outside, enjoy the atmosphere and get a small bite to eat. We came across a place called Gerbeaud Café on Vörösmarty Square, which had plenty of outdoor seating and sold – among other things – a wide variety of delicious-looking chocolates. Bingo! 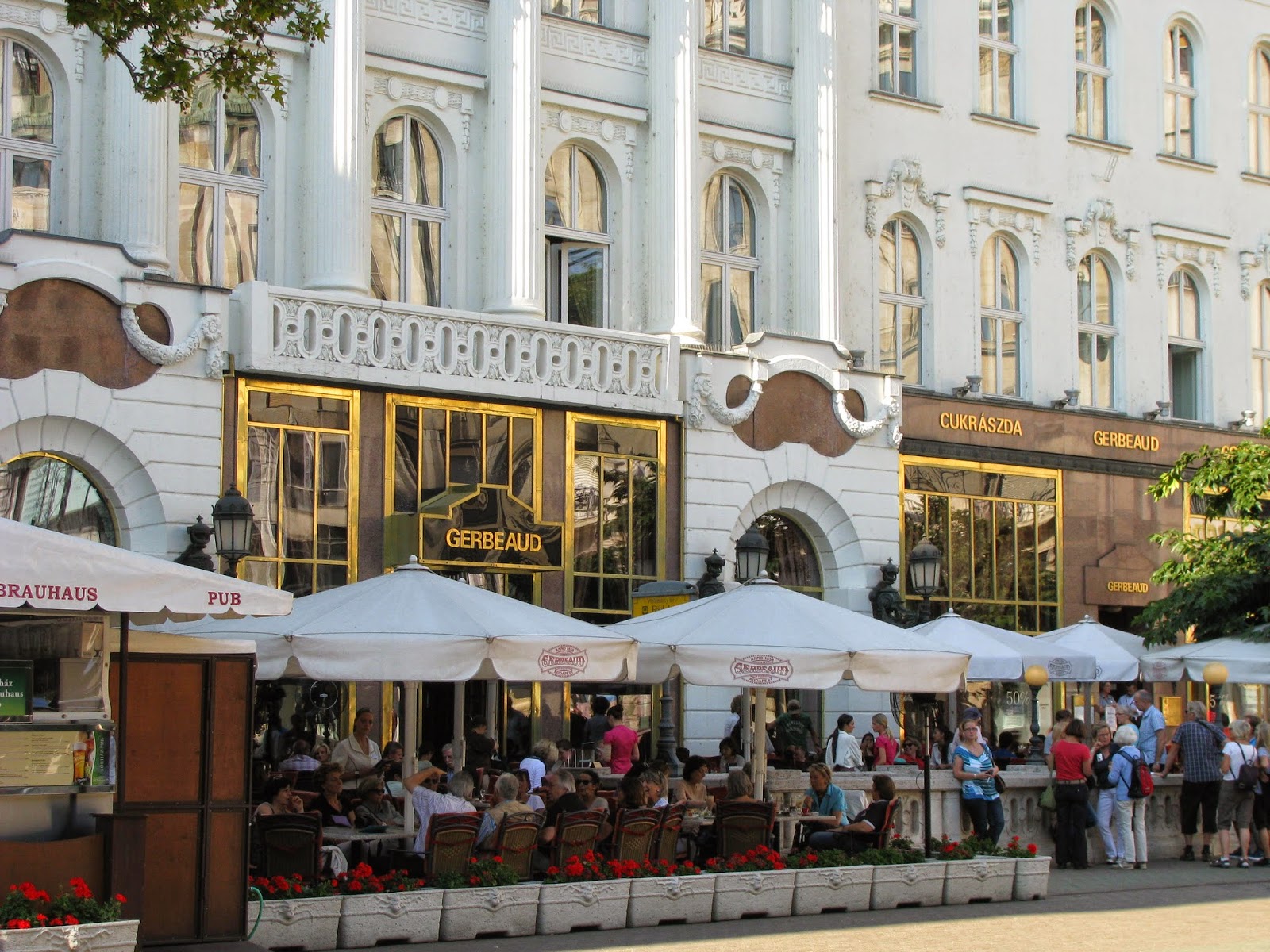 Established as a coffee house in 1858, Gerbeaud was eventually expanded into a pastry shop and a small chocolate factory. Back in the day, everyone who was anyone visited the café, including members of royalty. Today, you will also find a pub as well as Onyx Restaurant, which opened in 2007 and earned a Michelin star in 2011. 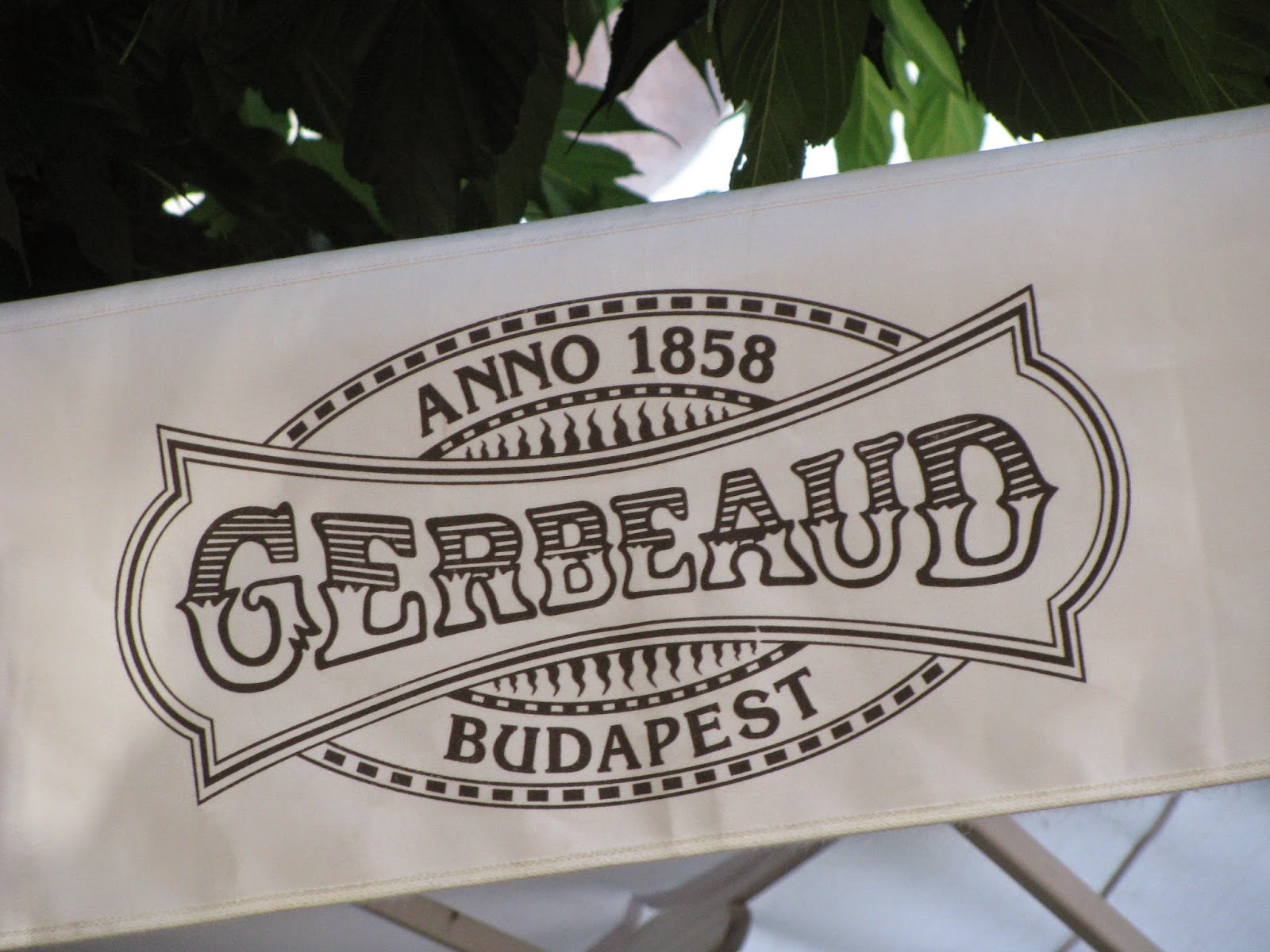 Given its location, the place attracts a lot of tourists and is certainly overpriced. However, sitting outside with a bowl of ice cream, watching the people walk by and listening to street artists perform was a perfect way to end our stay in Budapest.
All in all, this was an amazing and unforgettable trip. Everything from the places we visited, to the ship, to the staff…Viking helped us create wonderful memories.
Have you been to Budapest? Been on a Viking River Cruise? What are your thoughts on either (or both)?
Coming up in the next couple of weeks, I will start posting about another river cruise we took (Venice and the Po River). We went with Uniworld this time, and even though I’m glad we went, it didn’t even come close to measuring up to our experience with Viking.