Madrid was not what I expected.
It was the first stop on our trip to Spain and Portugal, and, in my mind, I had been imagining an old city, with an historic, grand and Gothic feel to it. Even though I read the guidebooks and understood they were telling me it wasn’t going to be like that (for the most part) – when I got there, I was still surprised.  With some exceptions, Madrid looks…modern. Lots of plain concrete buildings, congested with traffic (both foot and car), and kind of…well…gritty.
So instead of skipping gaily along the quaint and winding cobblestone streets in the classic Iberian picture I had in my head, I came face-to-face with the real Madrid. And I liked it. A lot. I mean, seriously…how can you not like a city where you can find Spiderman just hanging out in Plaza Mayor? 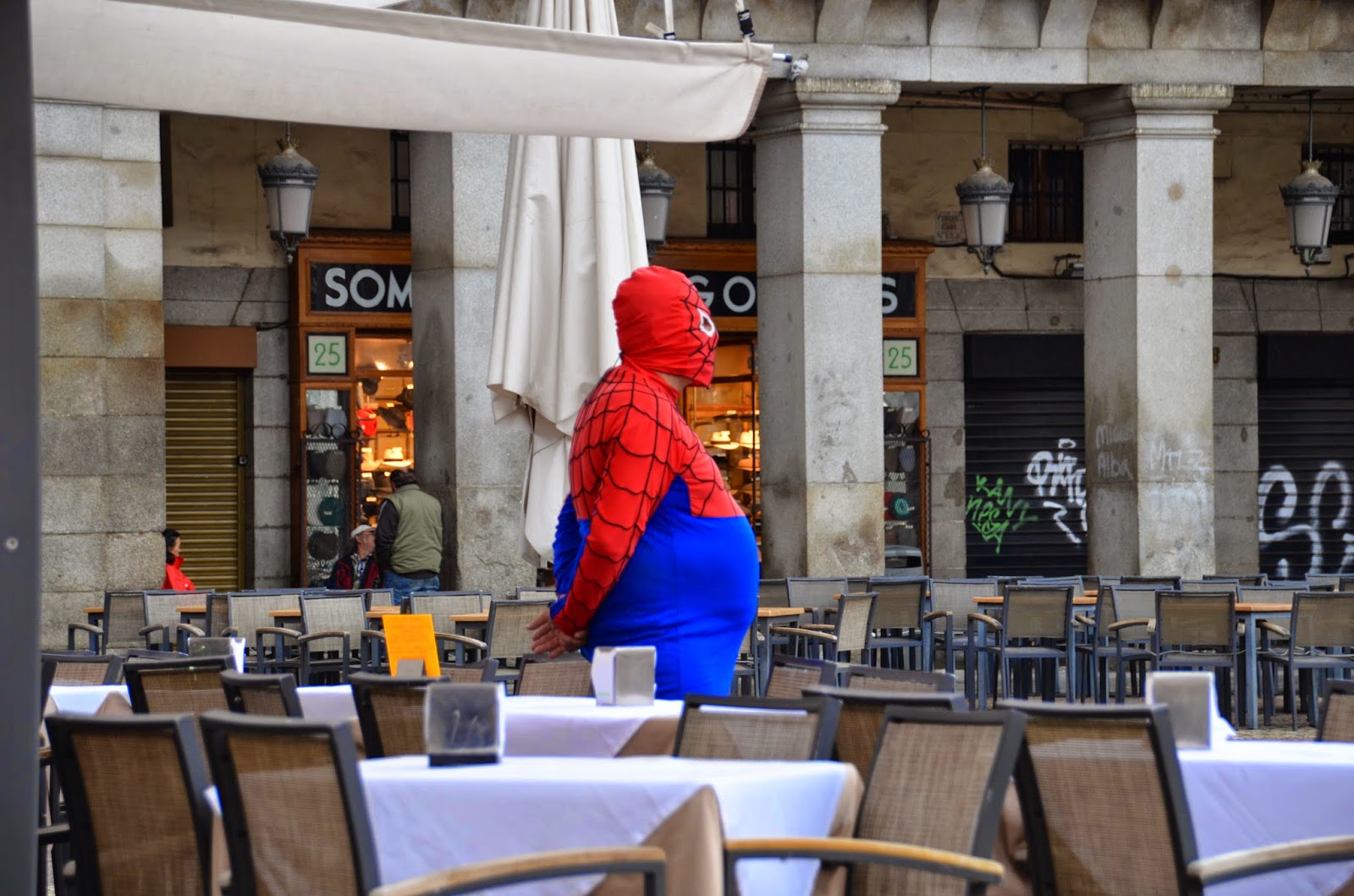 Crime fighting must be pretty low in Madrid, because I don’t think this guy sees too much action. I do, however, think he sees a lot of churros.
Anyway. There is so much to see and do, both in and around the city. I know that we barely made a dent in the multitude of things that were there for us to discover, but I’d like to share four things with you that you really, truly should not miss in Madrid.

Located right behind the famous Plaza Mayor in the heart of Madrid’s tourist area, the Mercado de San Miguel will overload all five of your senses (possibly the sixth as well, if you believe in such things). When you first walk in, you are smacked in the face with tantalizing aromas, the sound of people talking and laughing, and your eyes simply do not know where to look first.
With over 30 stalls, this is not your average daily market. This is a place you go to shop, to socialize, to drink…to wander around with your mouth agape trying desperately to decide what you want to shove into it first. 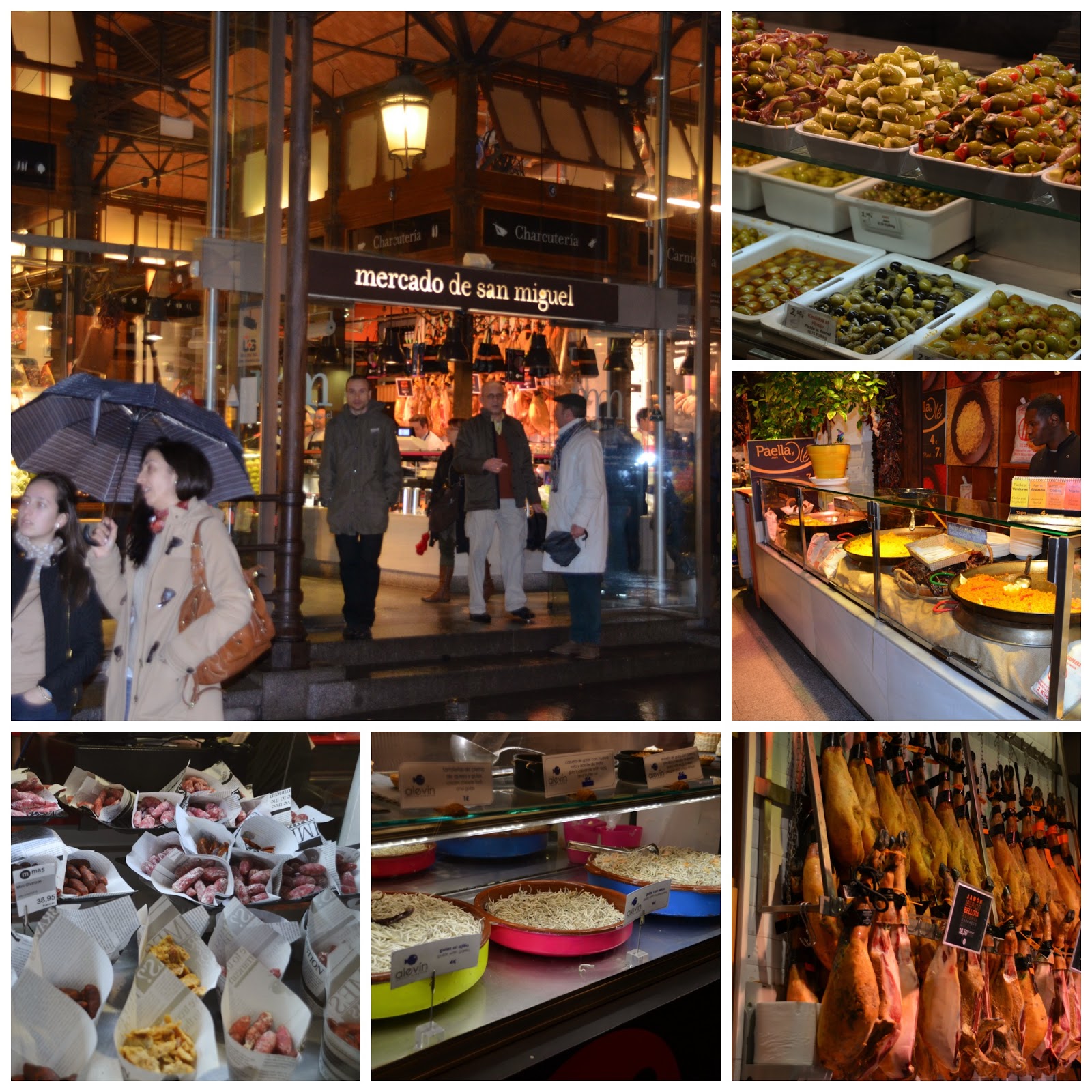 In a beautiful iron and glass building that dates back to 1912, this market is truly not to be missed. We went there twice in the four days we were in Madrid. From jamón Ibérico, to pinxtos, cheeses, paella, grilled octopus, pastries, sangria, wine and everything in between – Mercado San Miguel has something for everyone!

2. Famous (and Not So Famous) Works of Art

Madrid is world-class as far as art goes. Masterpieces by Caravaggio, El Greco, Picasso, Rembrandt and more, adorn walls around the city. We hit the three big museums while we were there: Reina Sofia, Thyssen-Bornemisza and the Prado. All three are spectacular in their own right, but how much you enjoy each depends on your own personal taste in art.
As someone who does not care for modern art, Reina Sofia was my least favorite. The building is interesting, with its glass elevators located on the outside, and inside is spacious and clean. We went there only to see Picasso’s Guernica, which, I’m sure is really amazing for a lot of people. I’m glad I saw it, but I know I didn’t get as much out of seeing it as many others would. 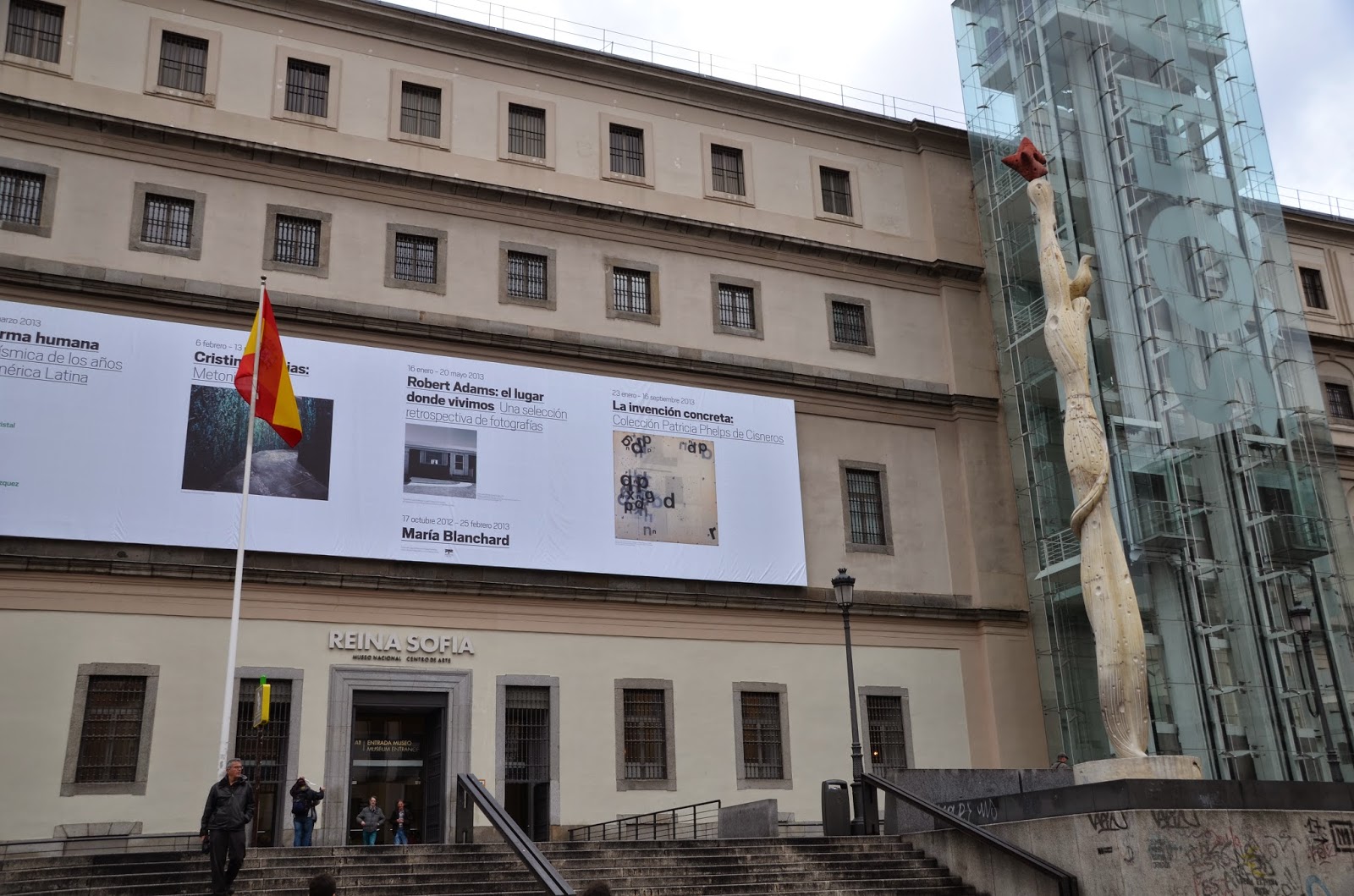 I loved both the Thyssen-Bornemisza and the Prado. The Thyssen is chock full of French Impressionist paintings and even represents some American artists like Pollock and Hopper. This museum is bright and the rooms are well-laid out. Senior discounts are available to everyone over 65 (even non-EU residents), but you may be asked to show an ID for verification (my mom was asked, my aunt was not). 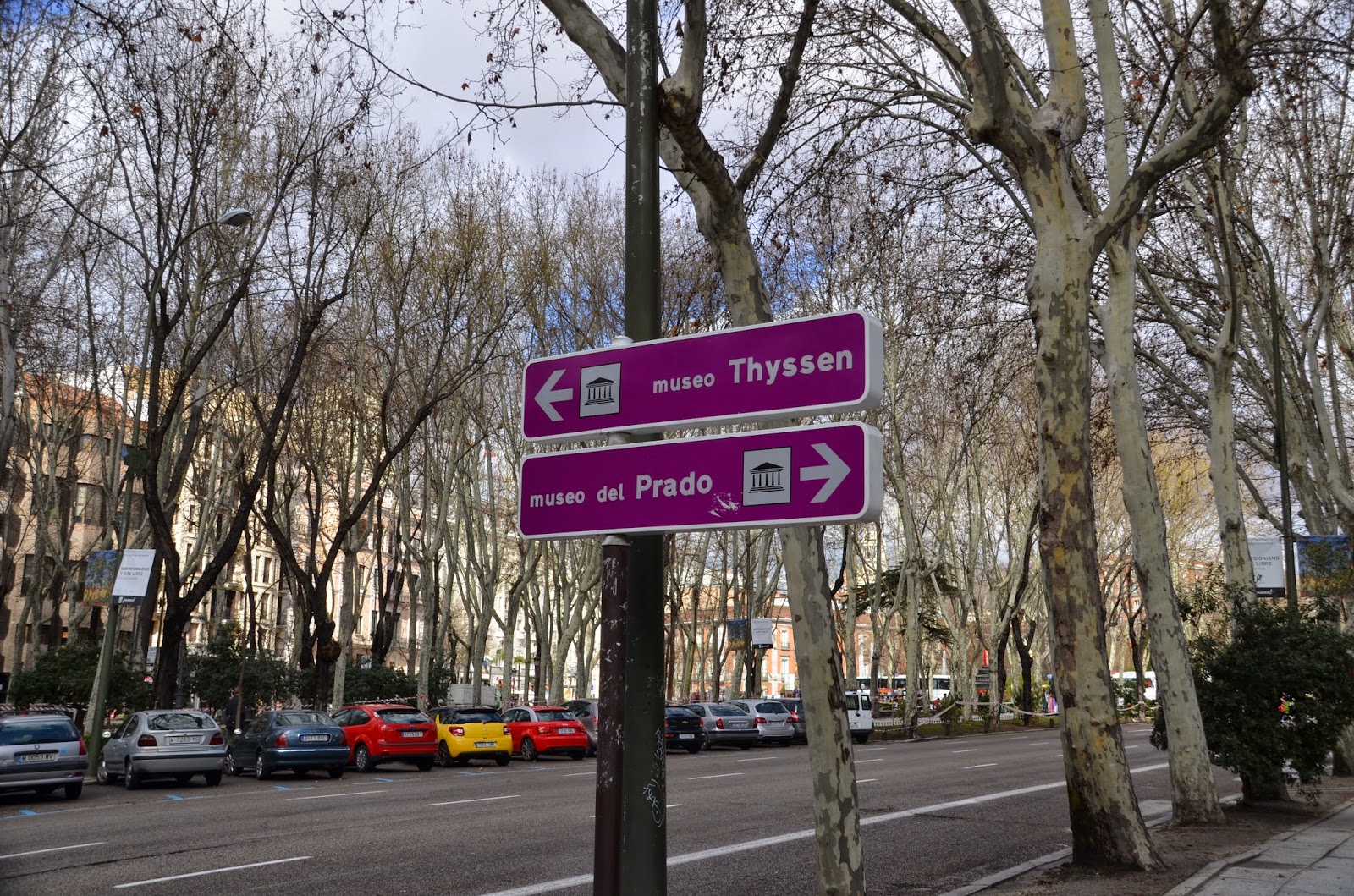 The Prado was phenomenal. We got there about 30 minutes before it opened on a Saturday, and there was already a line forming. You can (and should) get a map of the building as you enter – it makes it so much easier to figure out which direction you should head in first. Housing over 7,000 paintings, we were there for about three hours and saw only a fraction of the works. Spend time feasting your eyes on paintings by Spanish, Italian and Flemish masters…you will be amazed. 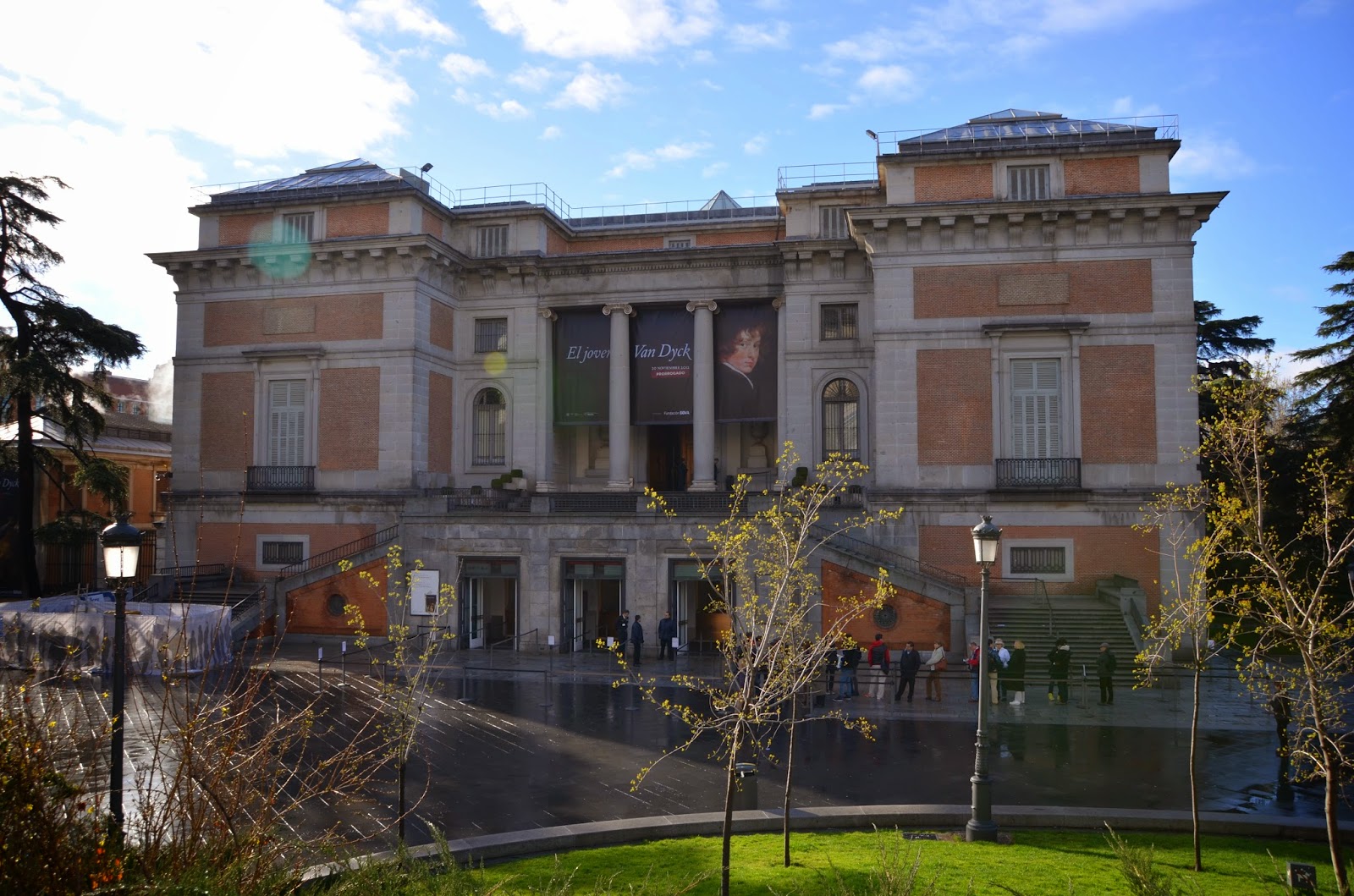 Deep-fried sticks of dough dusted with sugar? Hot chocolate so thick you almost have to eat it with a spoon? Yes, please!!! Although your hips and thighs would probably thank you if you missed out on these things, you can’t leave Madrid without having them! 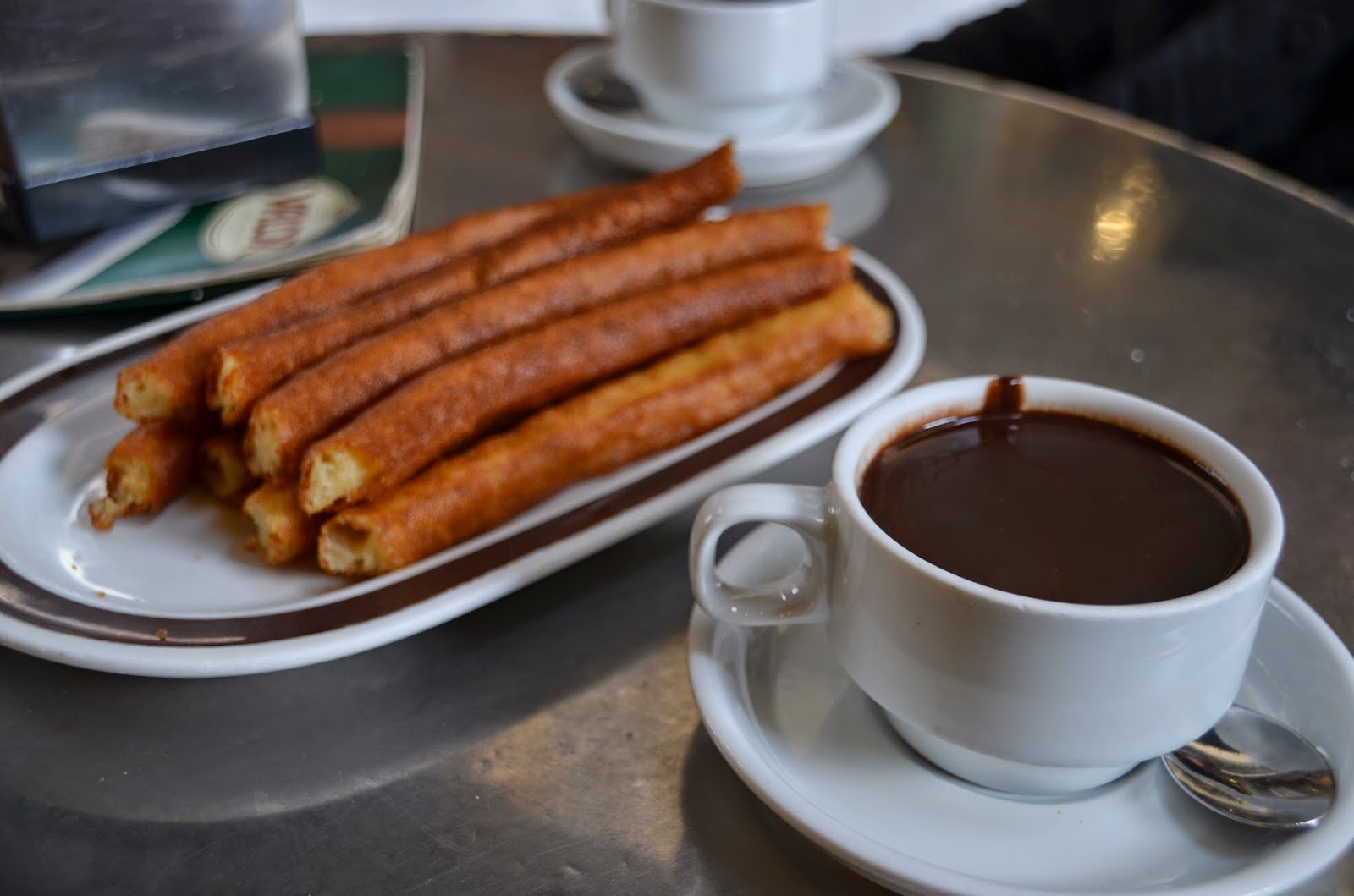 You can get them almost anywhere, but the two places that are consistently mentioned as the best are San Ginés and Valor. We had planned to go to both places in order to do a taste-test, but sadly, we only made it to Valor. There are a few Valor locations around Madrid, but we went to the most famous one at Calle Postigo de San Martin 7.

Energy. Passion. Precision. Flying sweat. You will witness all of these things while watching a flamenco performance. My cousin has some friends that live in Madrid, and they took us to Casa Patas for dinner and a show. It turned out to be my favorite experience in Madrid. The festivities began with a feast for dinner in the restaurant. We had plates full of jamón Ibérico, Spanish tortilla, pulpo alla gallega, oxtail stew, cuttlefish and a few other things. Everything was delicious: 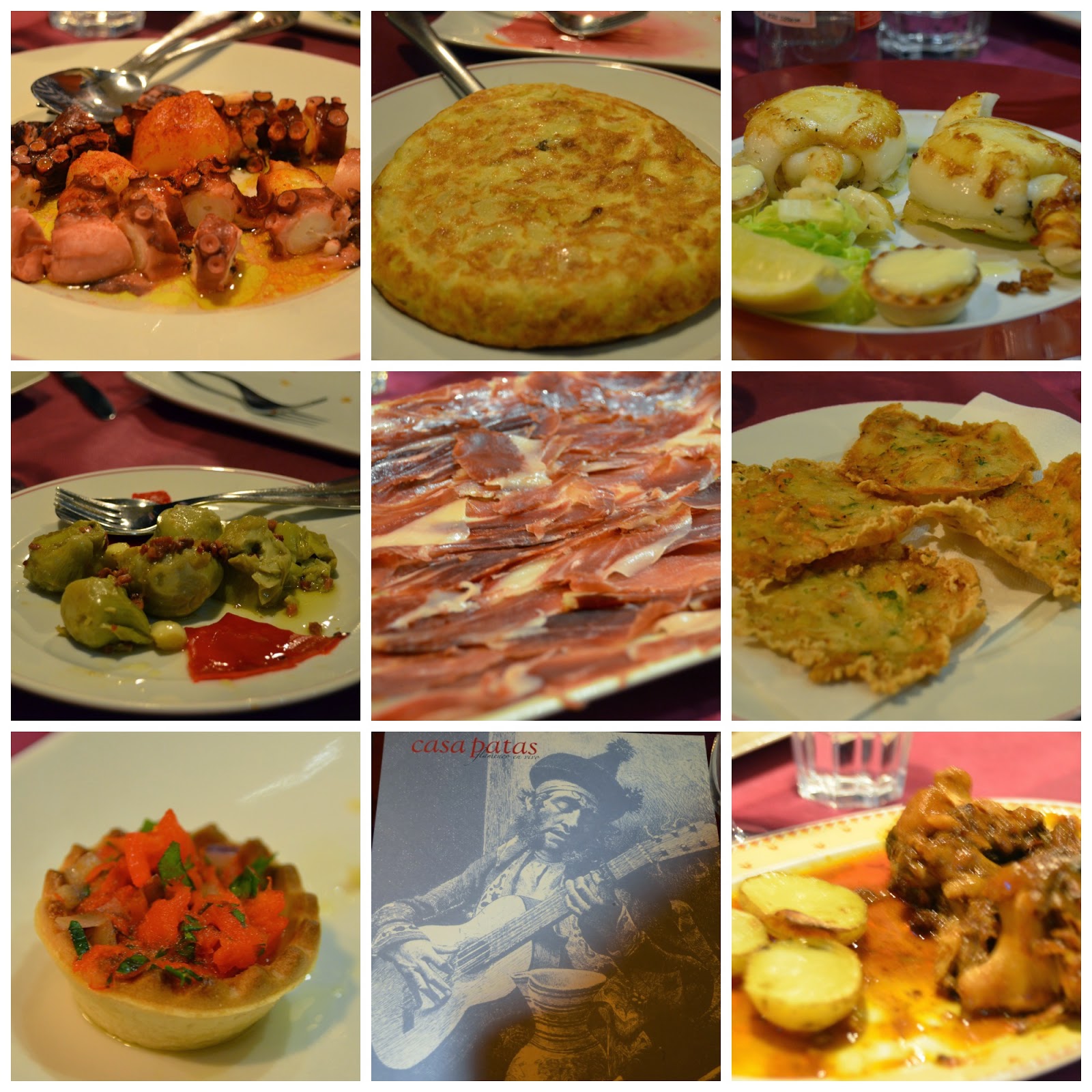 After dinner, we went into a dimly lit back room for the flamenco performance. The guitar players were amazing and the dancers with their precise and passionate moves were captivating. It’s clear that they put everything they have into their performance and sometimes my eyes almost couldn’t keep up with the movements of their feet. The male in the dancing duo was working so hard that sweat was literally flying off his forehead into the crowd (totally gross and I was so glad our seats were far enough away from the stage). But despite that, it was a magnificent performance that should not be missed (my apologies for the blurry photo). 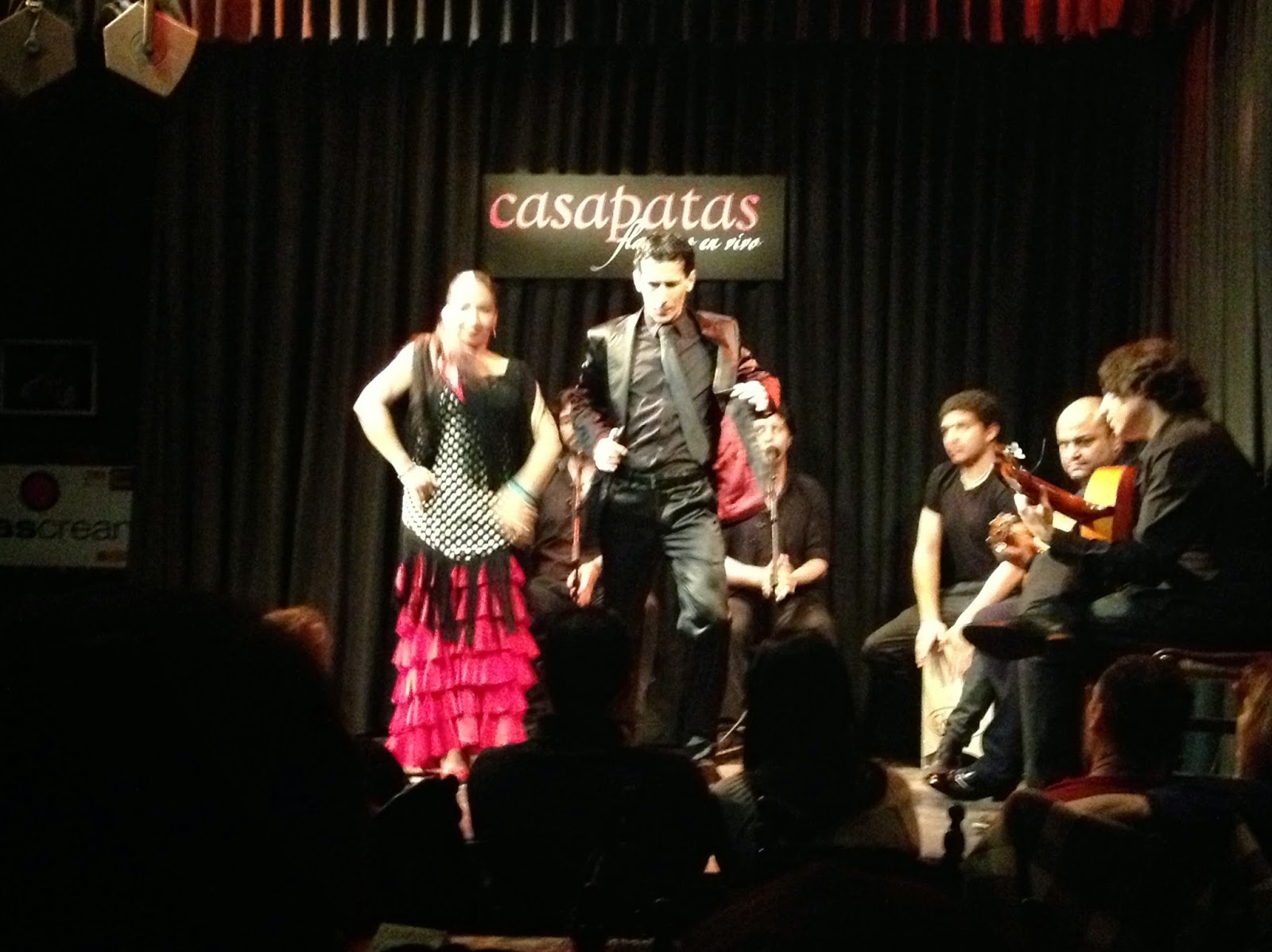 So while Madrid was not at all what I had pictured in my head, it was actually far better in real life. In between the grit and the concrete box-like buildings, you will find spots of culture, beauty and grandeur. Although I only listed four things here, there are so many other things to see and do in the city. Just be prepared to jump in with both feet and experience Madrid to its fullest!