After our pre-trip extension in Prague, Viking took us, via bus, to Nuremberg, Germany, where we would board our ship. The drive took a little less than four hours, with one stop midway through. The buses were clean and comfortable, and everything was well organized. I was sad to leave Prague behind, but excited to start our adventures in Germany.
We were brought to the ship to check in, find our rooms, unpack and get settled (if you missed it, please check out this post for my review on our ship and of Viking overall). We attended the welcome lecture given by our Cruise Director, Marek, and then had dinner onboard. 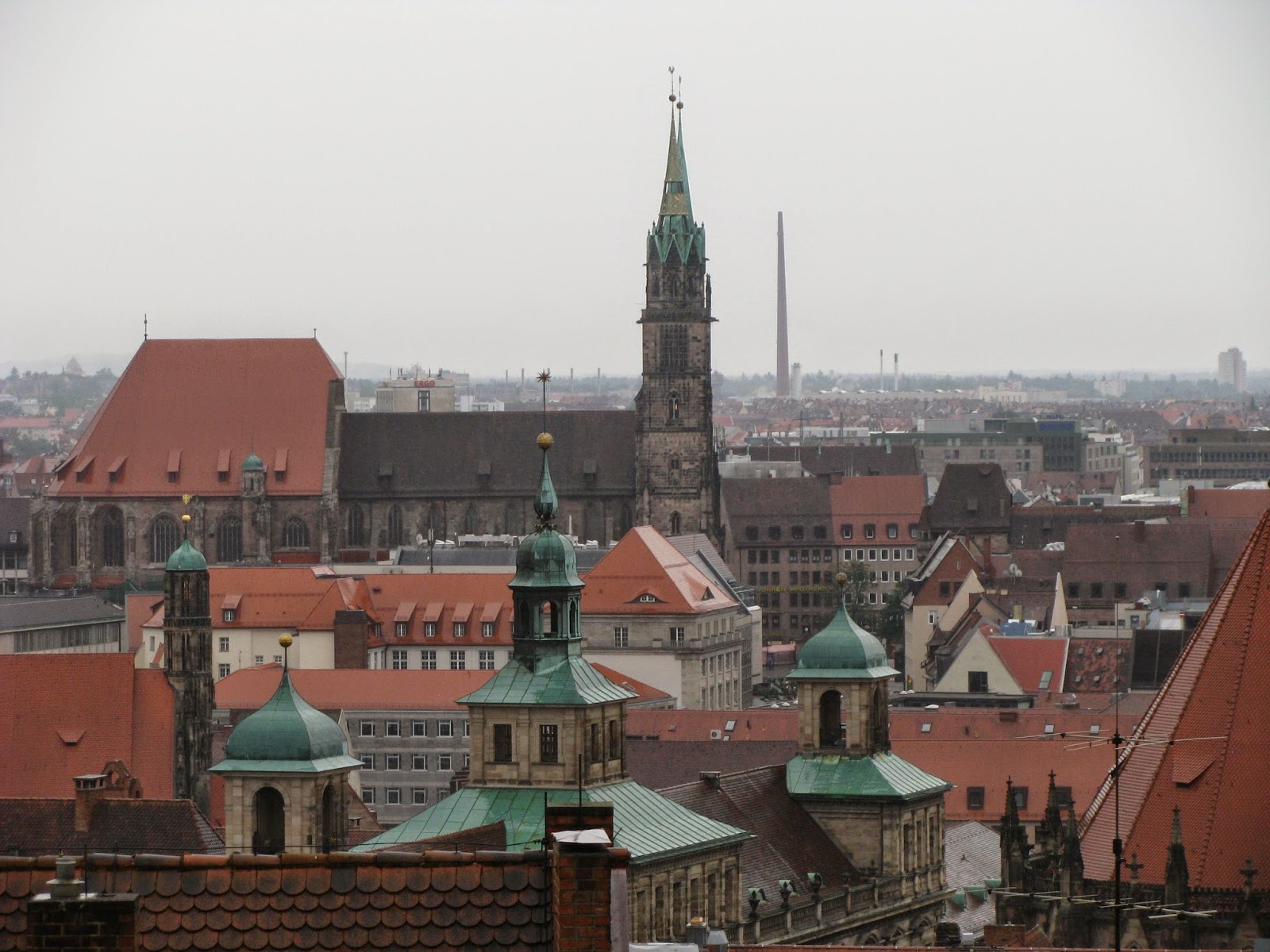 The following morning, we got on the bus and were driven into the city of Nuremburg, the second-largest city in Bavaria (after Munich). The day was rainy and gloomy, which somehow seemed fitting when we got to our first stop – the Nazi parade grounds and Zeppelin Field. During Hitler’s reign, this is where he would hold rallies and parades for his “cause”. Our tour guide showed us pictures that were taken during some of these events, and it was just hard to believe that we were standing in a place where such things happened. 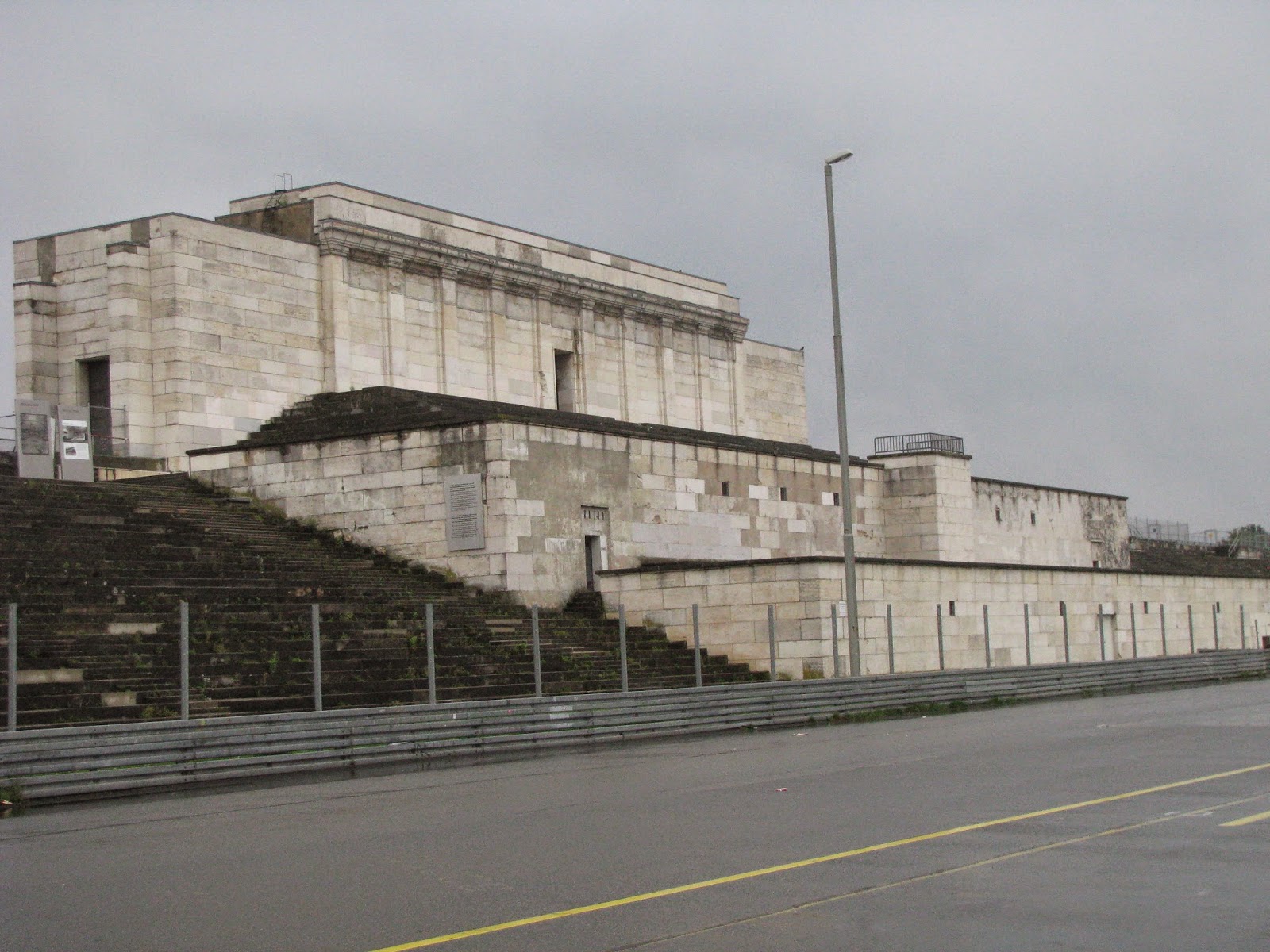 After spending about a half hour there, we boarded the bus once again and headed through the city. The tour guide pointed out the Palace of Justice (where the Nuremburg trials were held in 1946) as we drove past it, and I was a little disappointed that we didn’t get to go inside (according to Viking’s website, it looks like this tour now includes a “brief stop” here).
Our destination was the Imperial Castle and this is where the bus dropped us off. We wandered around the castle grounds and had great views of the city (first picture above). 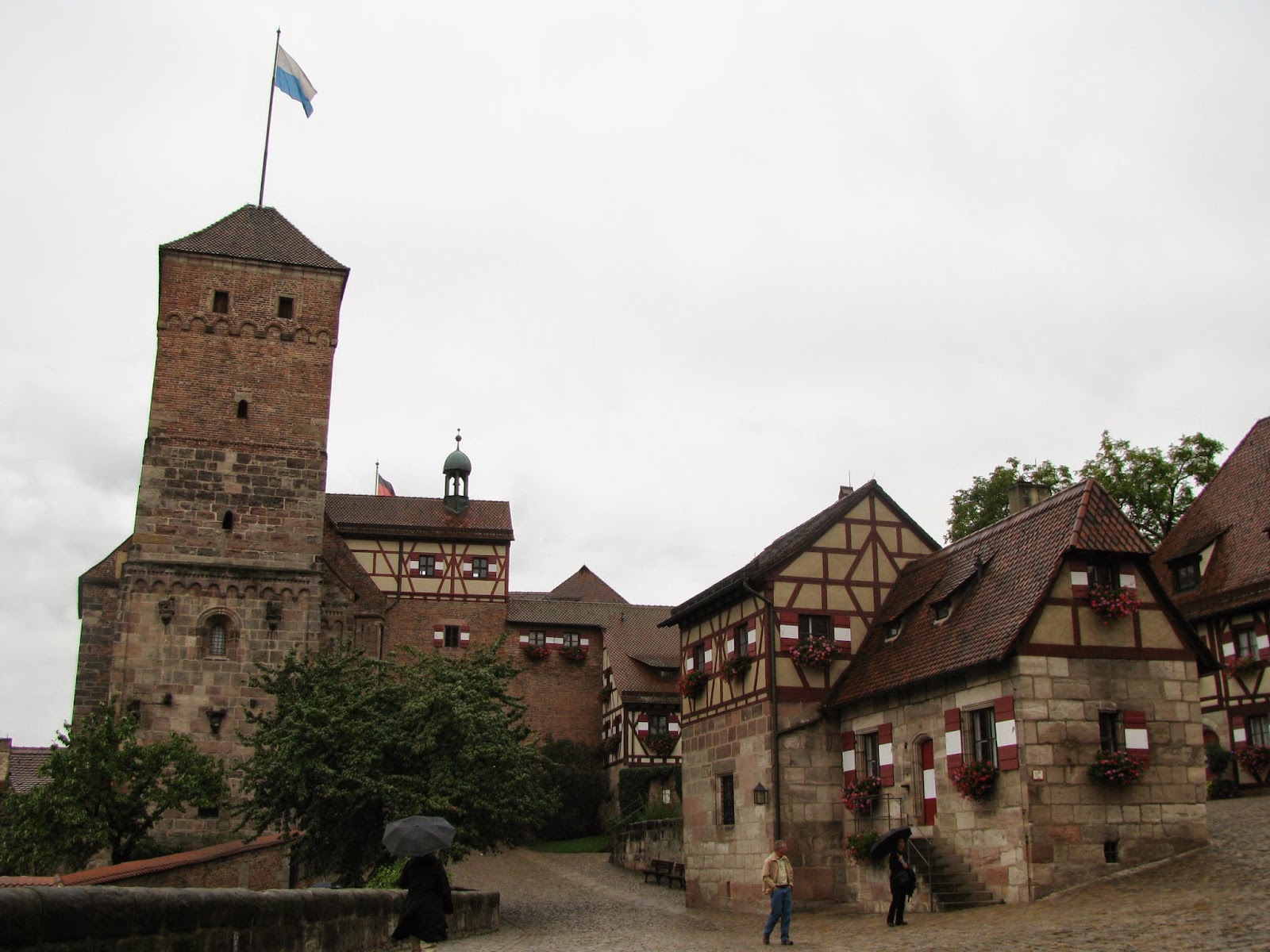 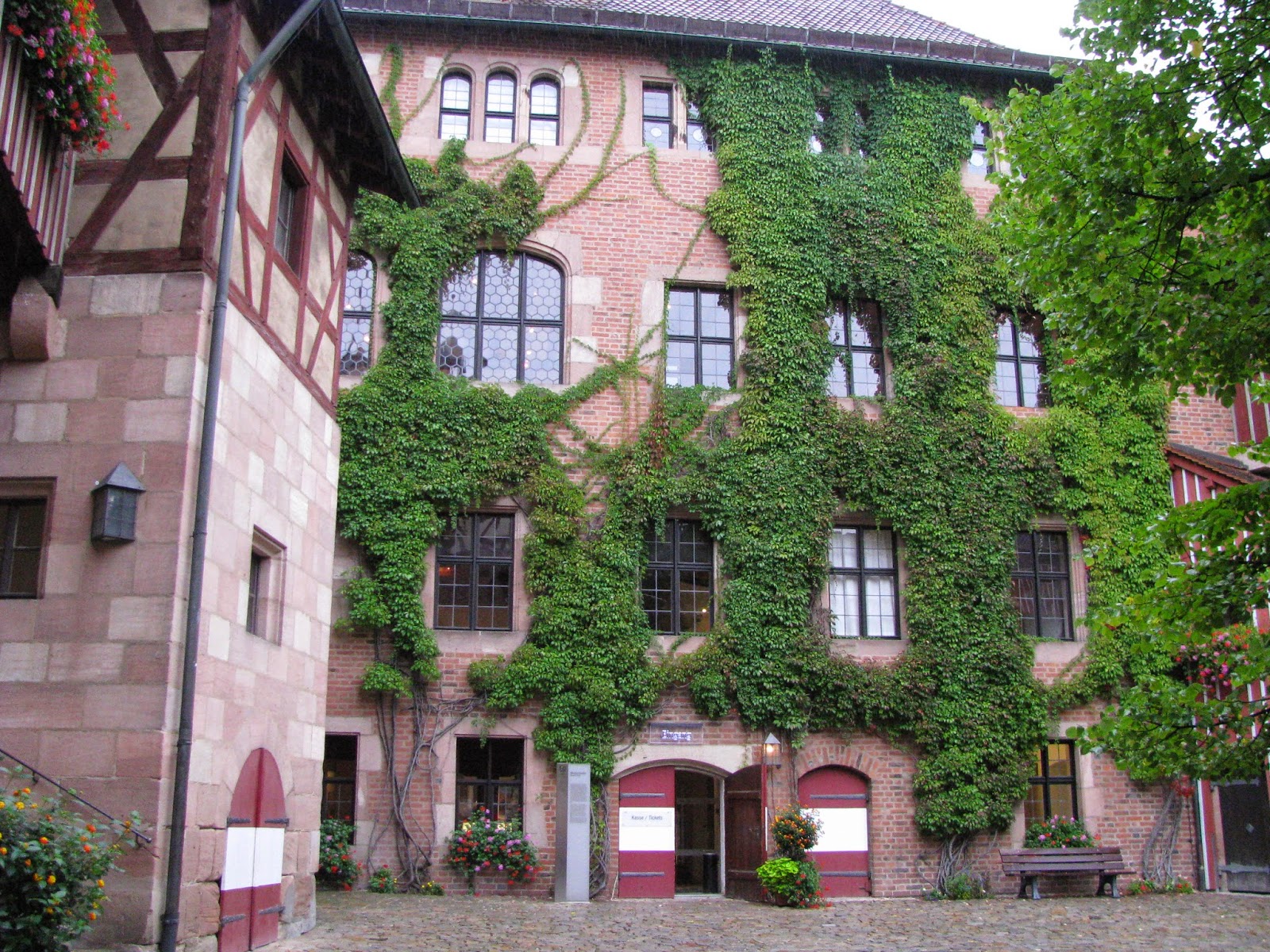 Next, we had a couple hours of free time and headed on foot toward the market in the old town area. We did some shopping and I tried a Nuremburg sausage sandwich from one of the market vendors. 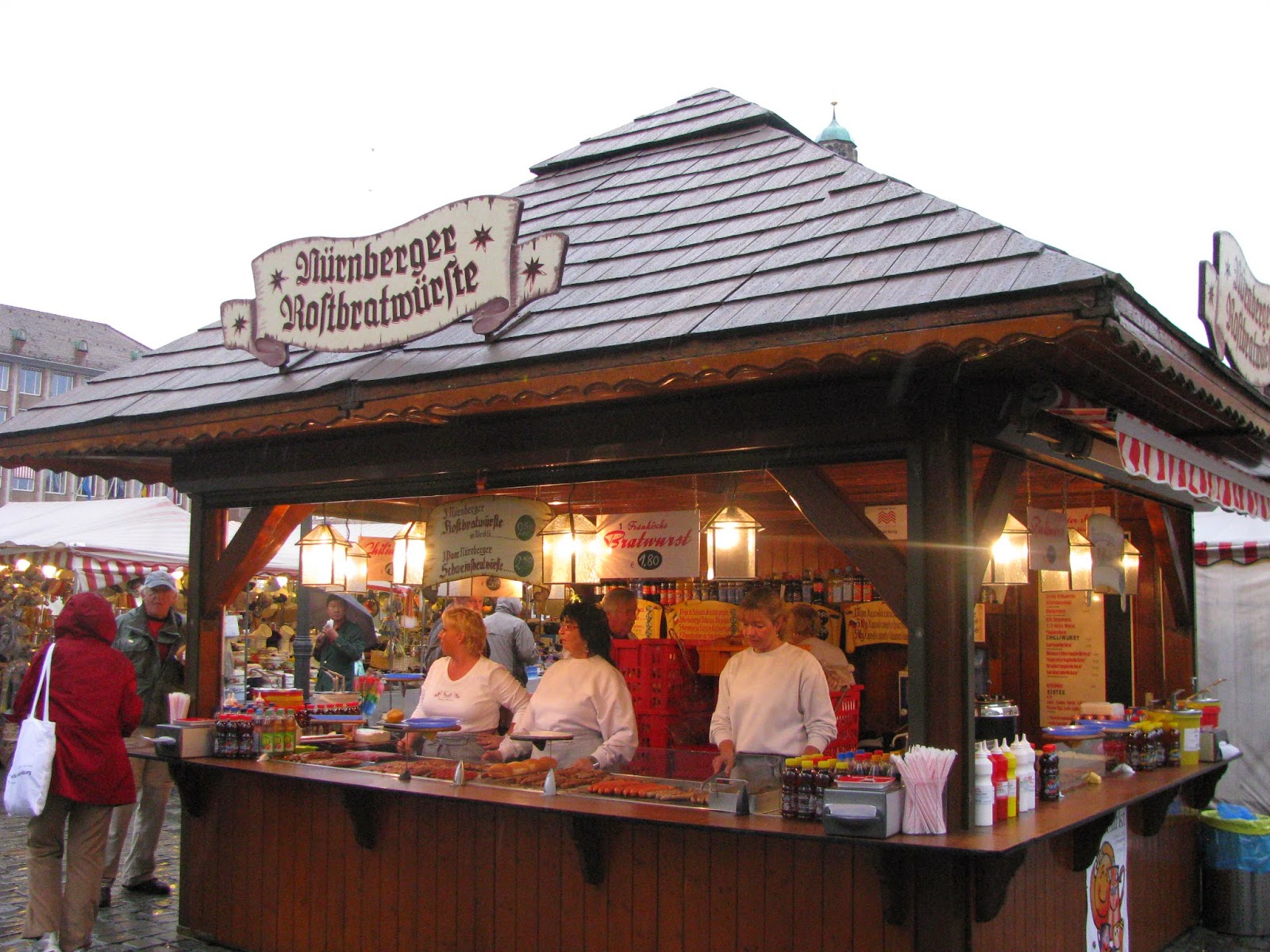 It was soon time to head back to the ship, where we enjoyed a buffet lunch and then set sail down the Main-Danube canal on our way to Regensburg, Germany.

When we woke up the next morning it was still raining and we were now in the medieval town of Regensburg (pronounced “ray-guns-burg”). Our ship was docked right near the Old Stone Bridge, which was built by the Romans in the 12th century, as well as Alte Würstküche, the oldest restaurant in Germany. The restaurant is famous for its sausage and sauerkraut, which are the only things you’ll find on the menu. Sadly, we didn’t have a chance to try them out. 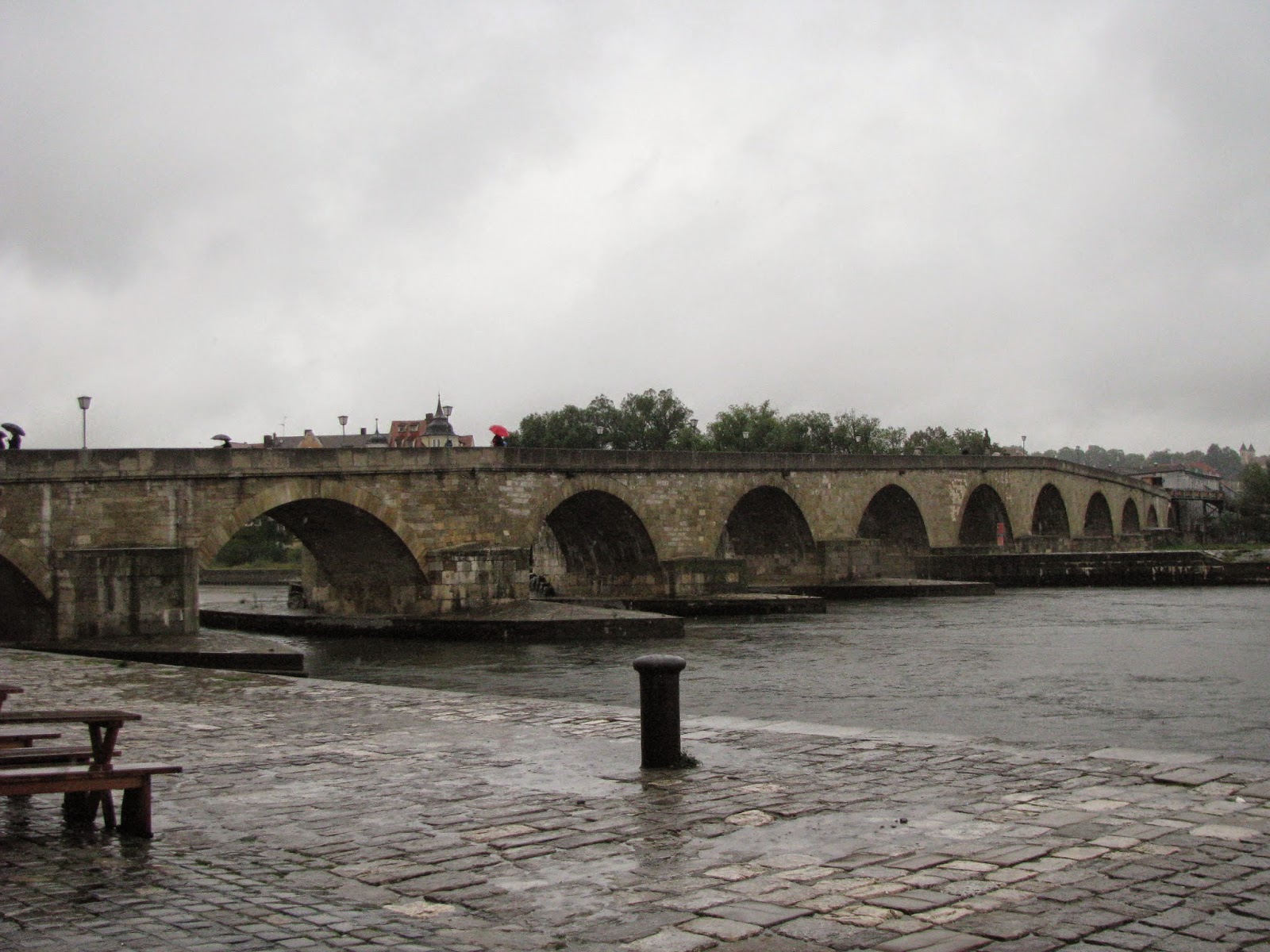 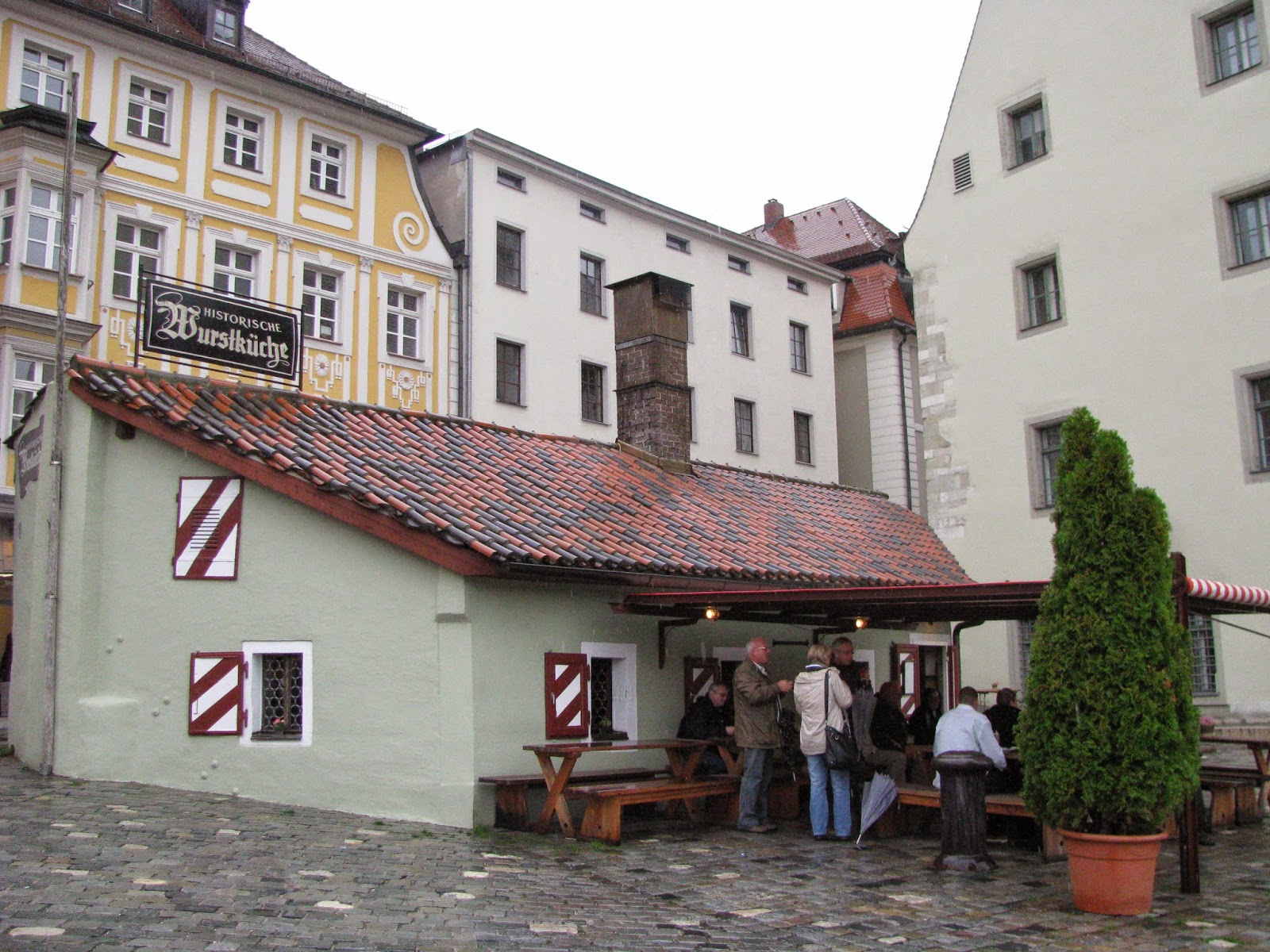 We embarked upon a guided walking tour through the old quarter of the town, which is rich with history. Despite the fact that it was subjected to bombing during World War Two, the city made it through in very good shape. Thanks to that and to the restoration efforts that began in the 1970s, the many historic buildings still maintain their original grandeur. Our guided tour ended at St. Peter’s Cathedral and we had the rest of the day to explore on our own.
NOTE: Viking offers an optional excursion to Weltenburg Abbey for the afternoon, but we opted to spend more time in Regensburg instead. 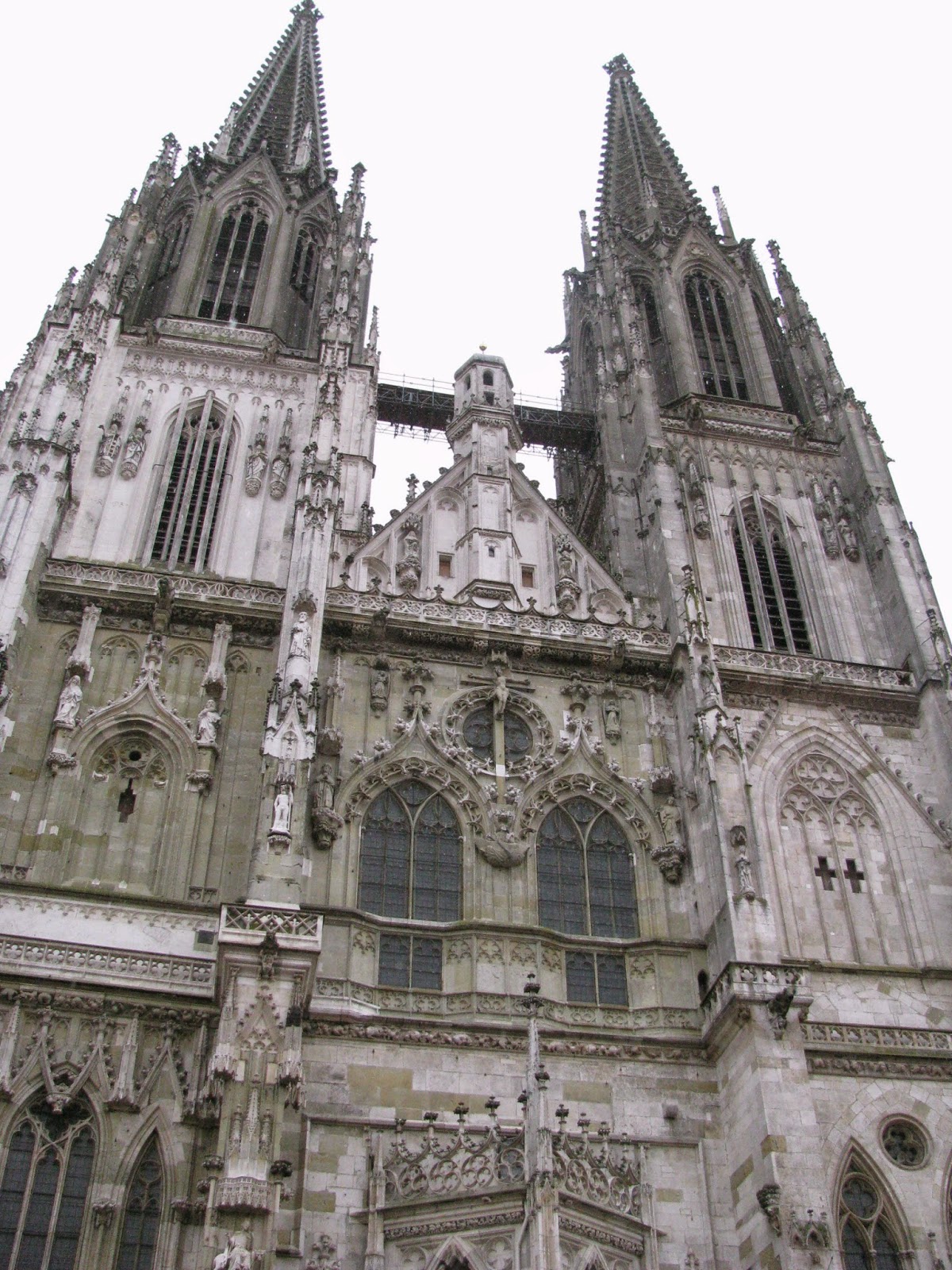 We walked around town, which was filled with many shops, bars, restaurants and cafes. This is where I bought something I was really looking forward to trying in Germany: a Bavarian pretzel. It was cheap and delicious…in other words, perfect! 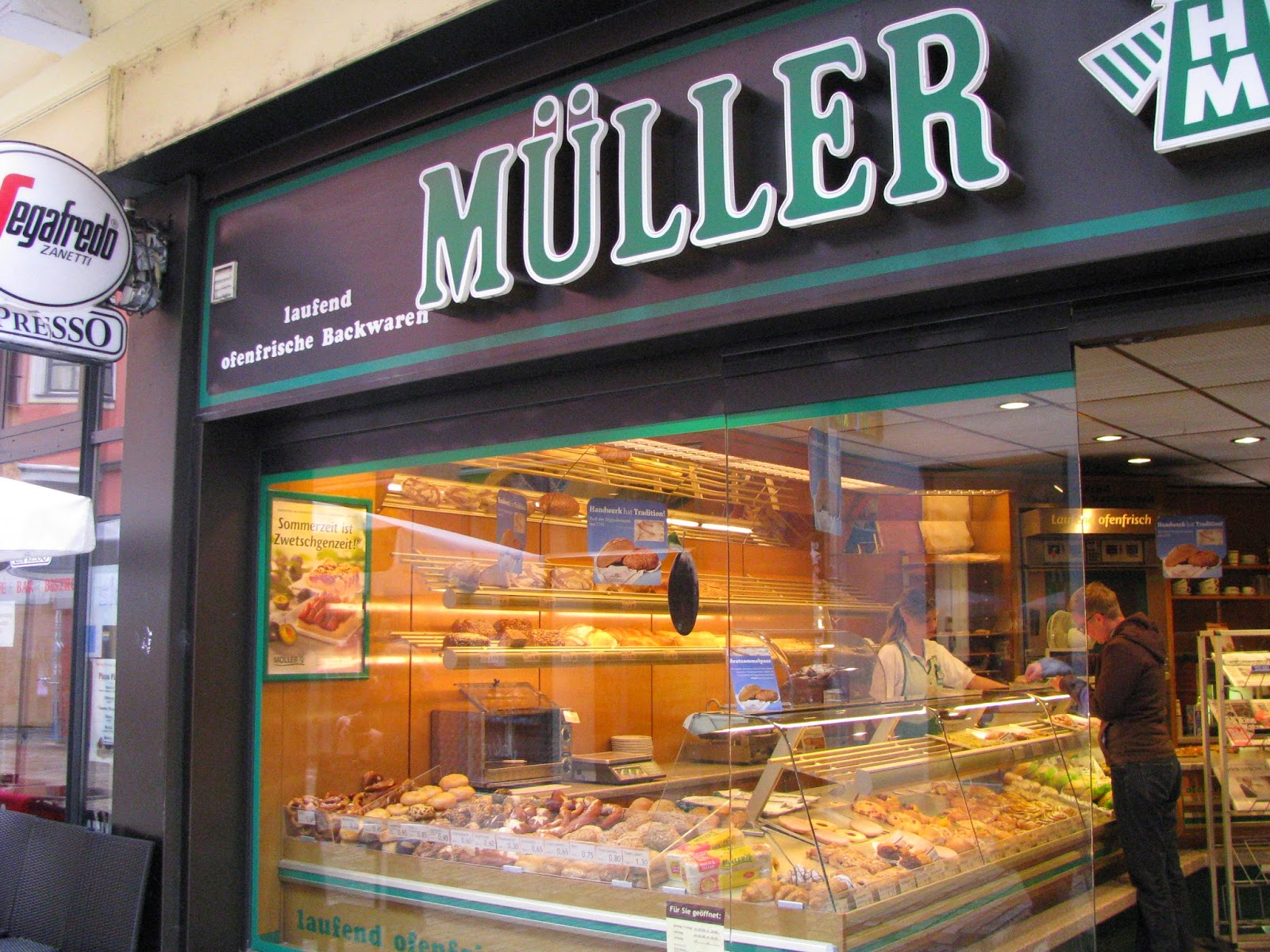 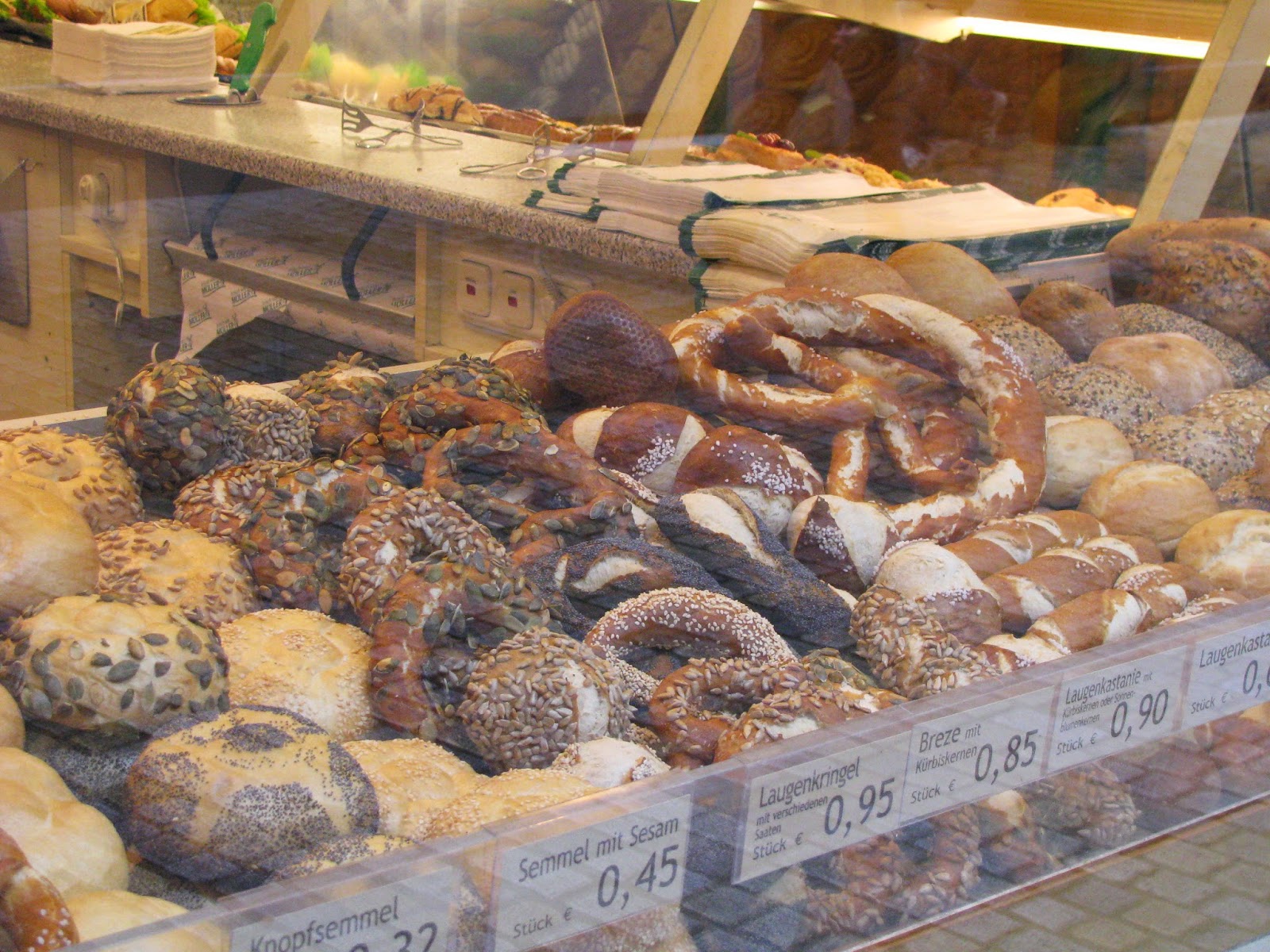 We spent the rest of the afternoon just wandering around the city, taking in the sights. 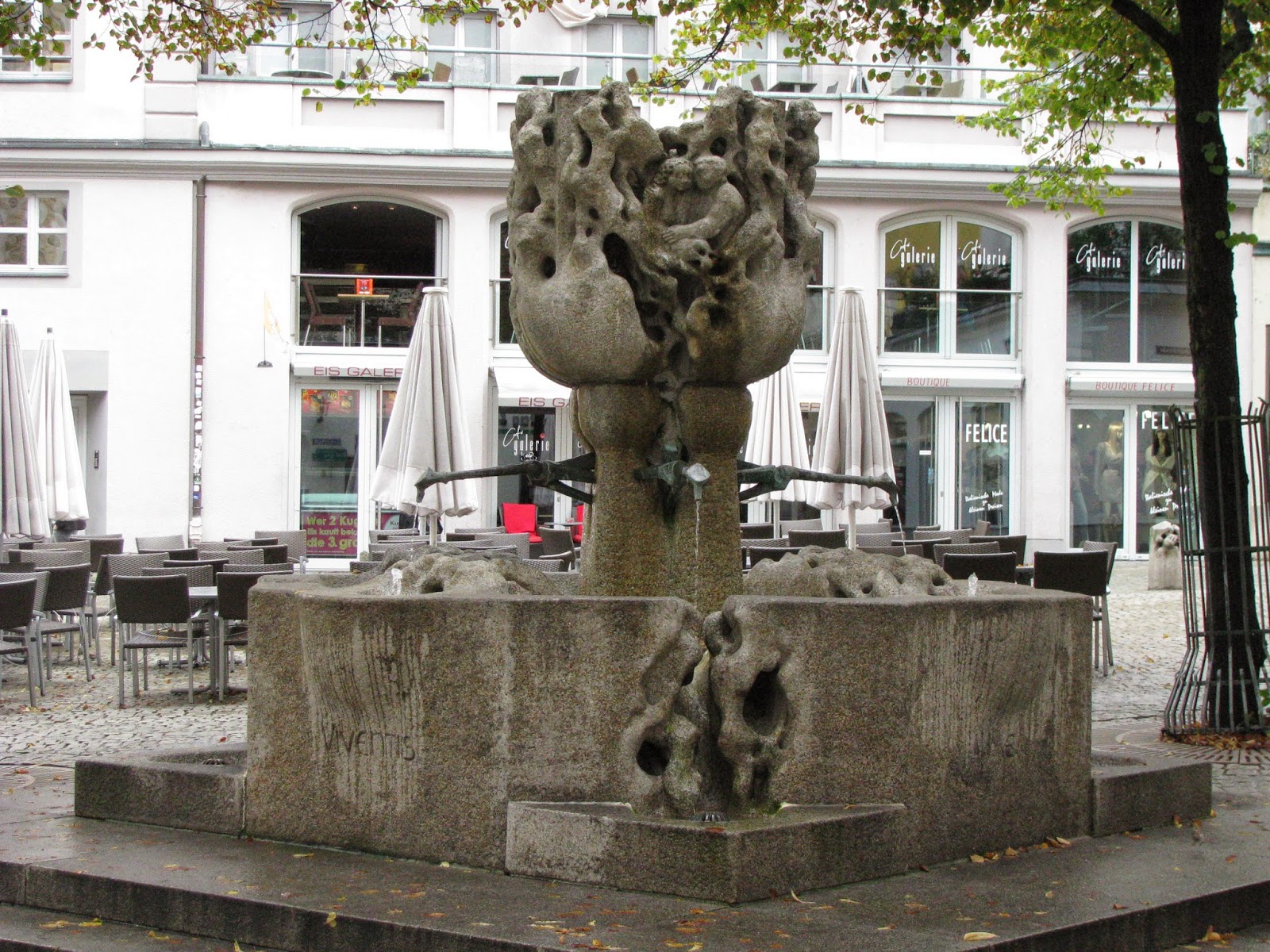 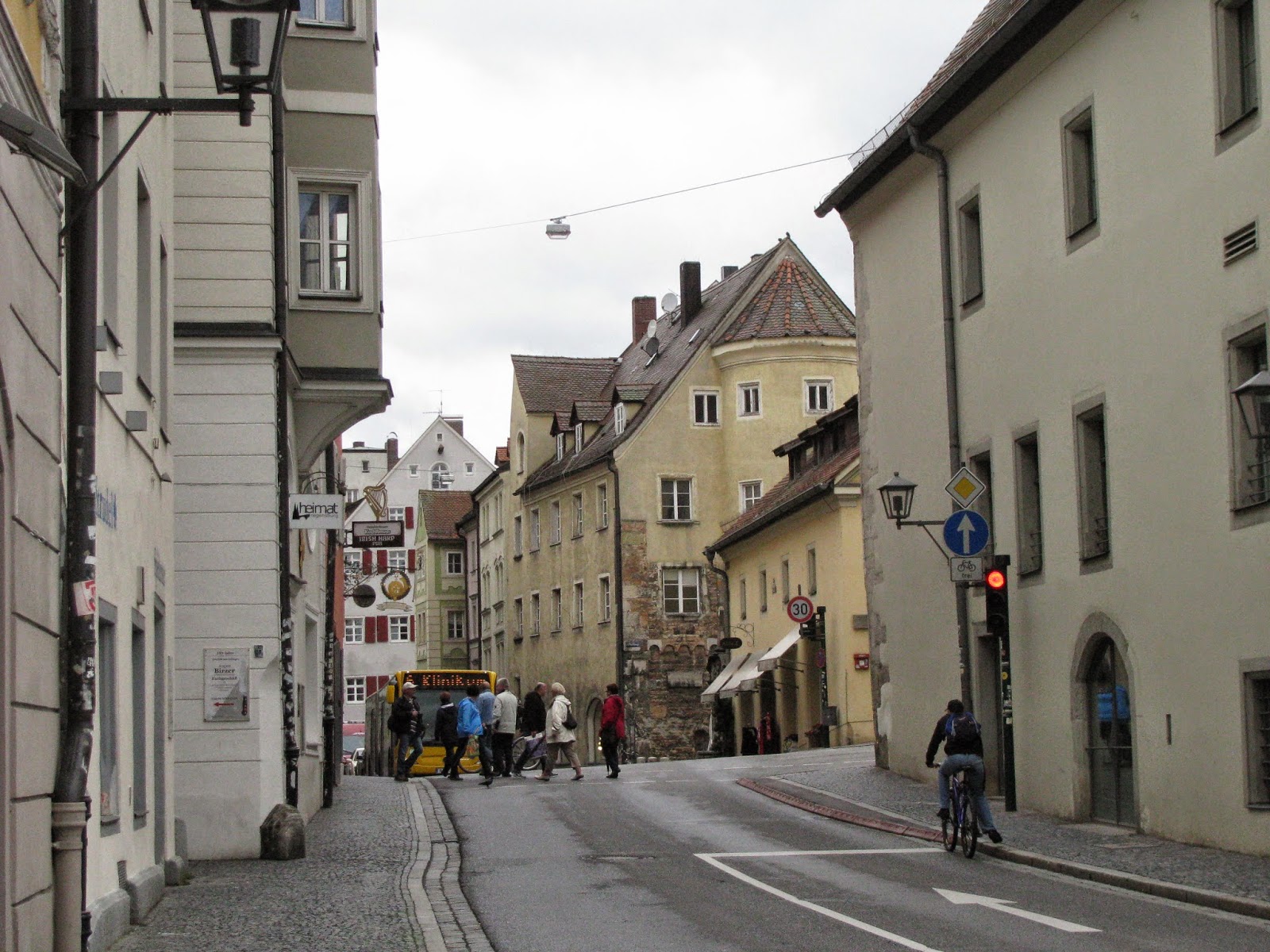 In the late afternoon, we walked our tired feet back to the ship to relax and have a pre-dinner drink. I wish I had bought another pretzel as it would have gone perfectly with the glass of Erdinger Weiss I had. 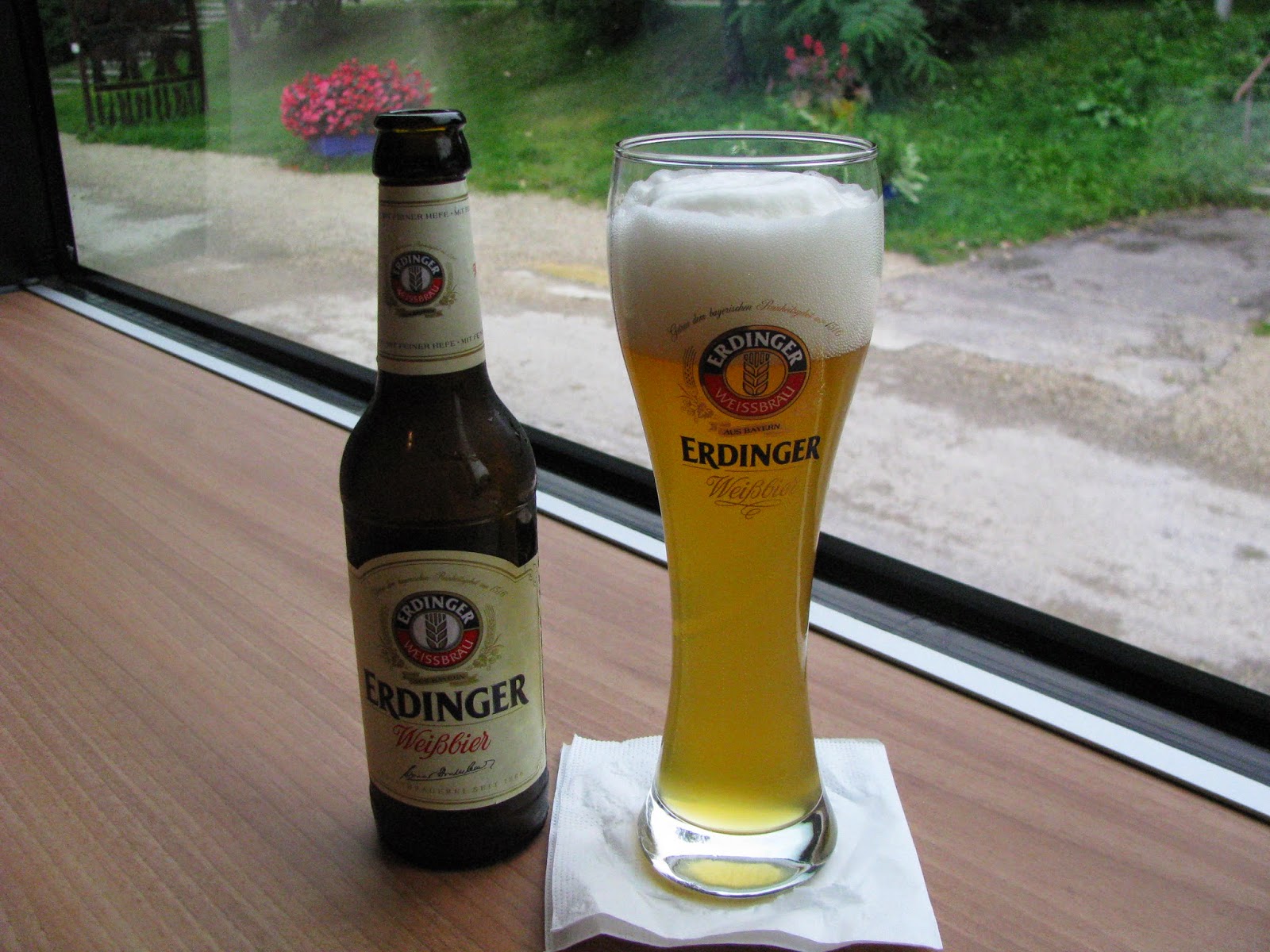 After a great day in Regensburg, it was time to set sail for our final stop in Germany: Passau.

The next day dawned cloudy but rainless, and the ship docked in Passau. This was definitely a city that I wish we had been able to spend more time in. Near the border of Germany and Austria, Passau is located where three rivers – the Danube, the Inn and the Ilz – join together. It’s a charming city that is very pedestrian friendly, and one that I loved just wandering around for hours. 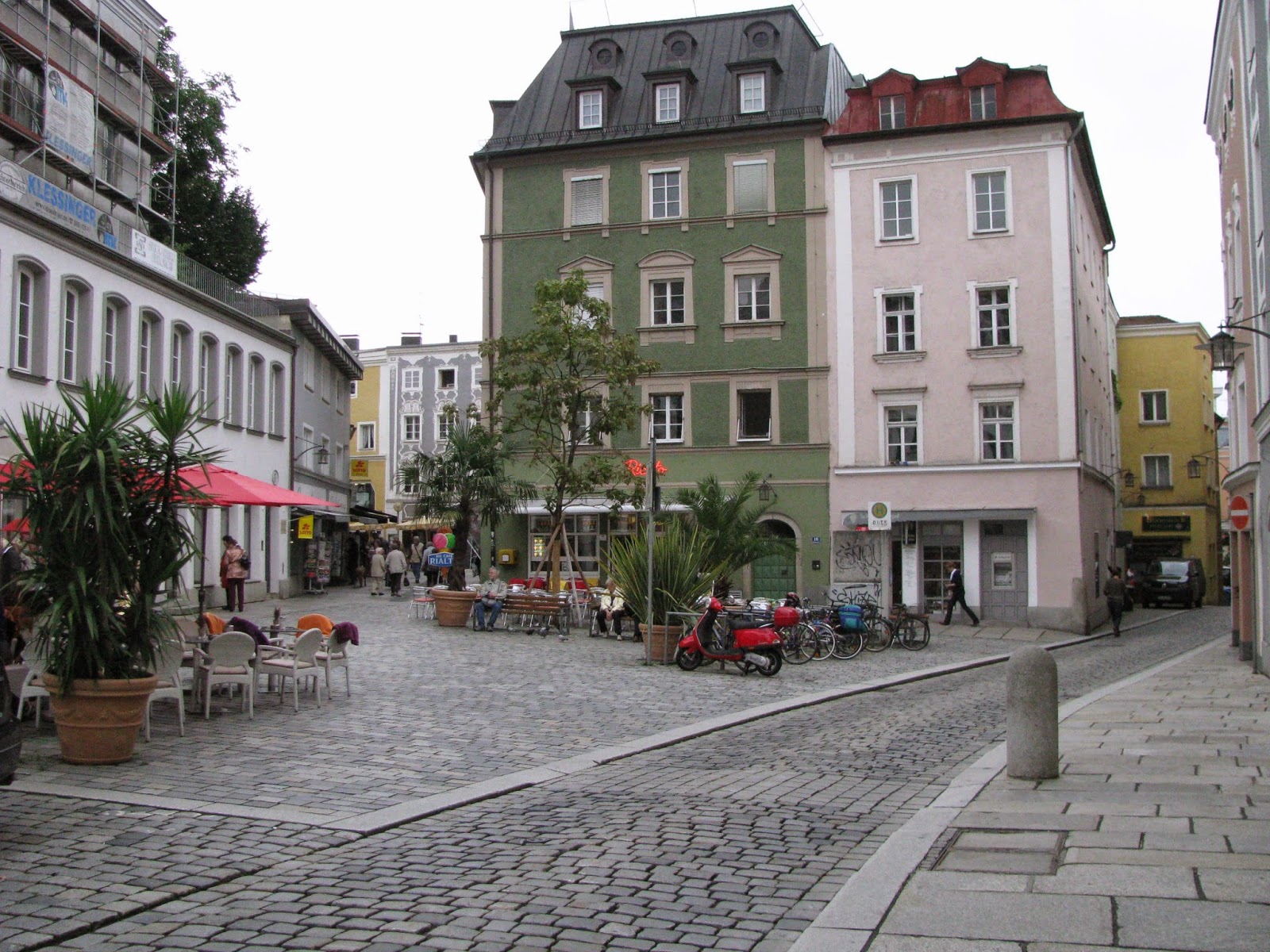 A guide took us on an informative walking tour around the city and then to St. Stephen’s Cathedral. The cathedral was rebuilt in 1688 after a fire destroyed the original in 1662. In addition to the beautiful frescoes found within, St. Stephen’s also boasts the largest cathedral organ in the world, with a staggering 17,974 pipes. Yowza. We were treated to an organ concert that lasted about 30 minutes (these run every day from May through October, except on Sundays and holidays). The sound was incredible. 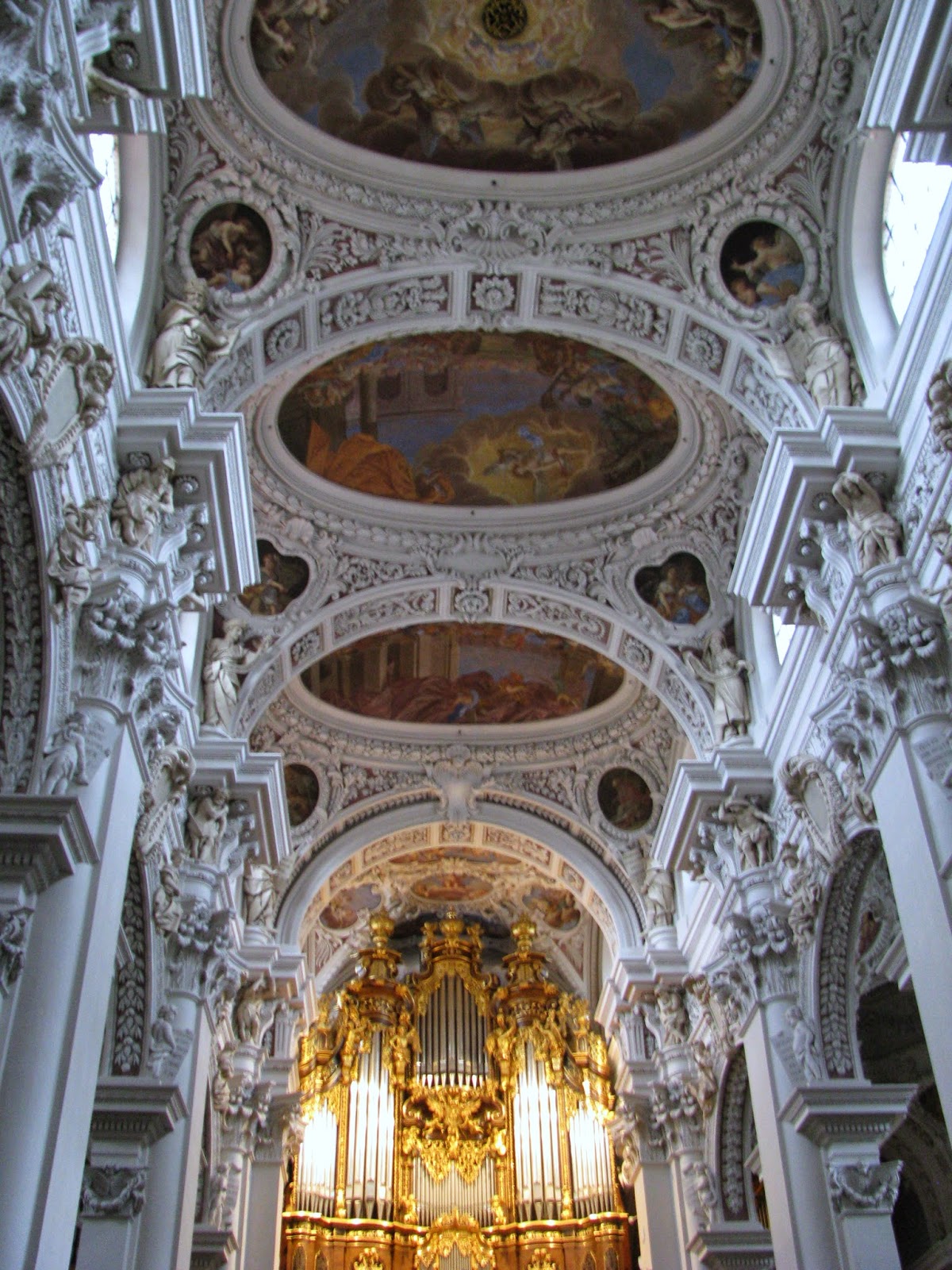 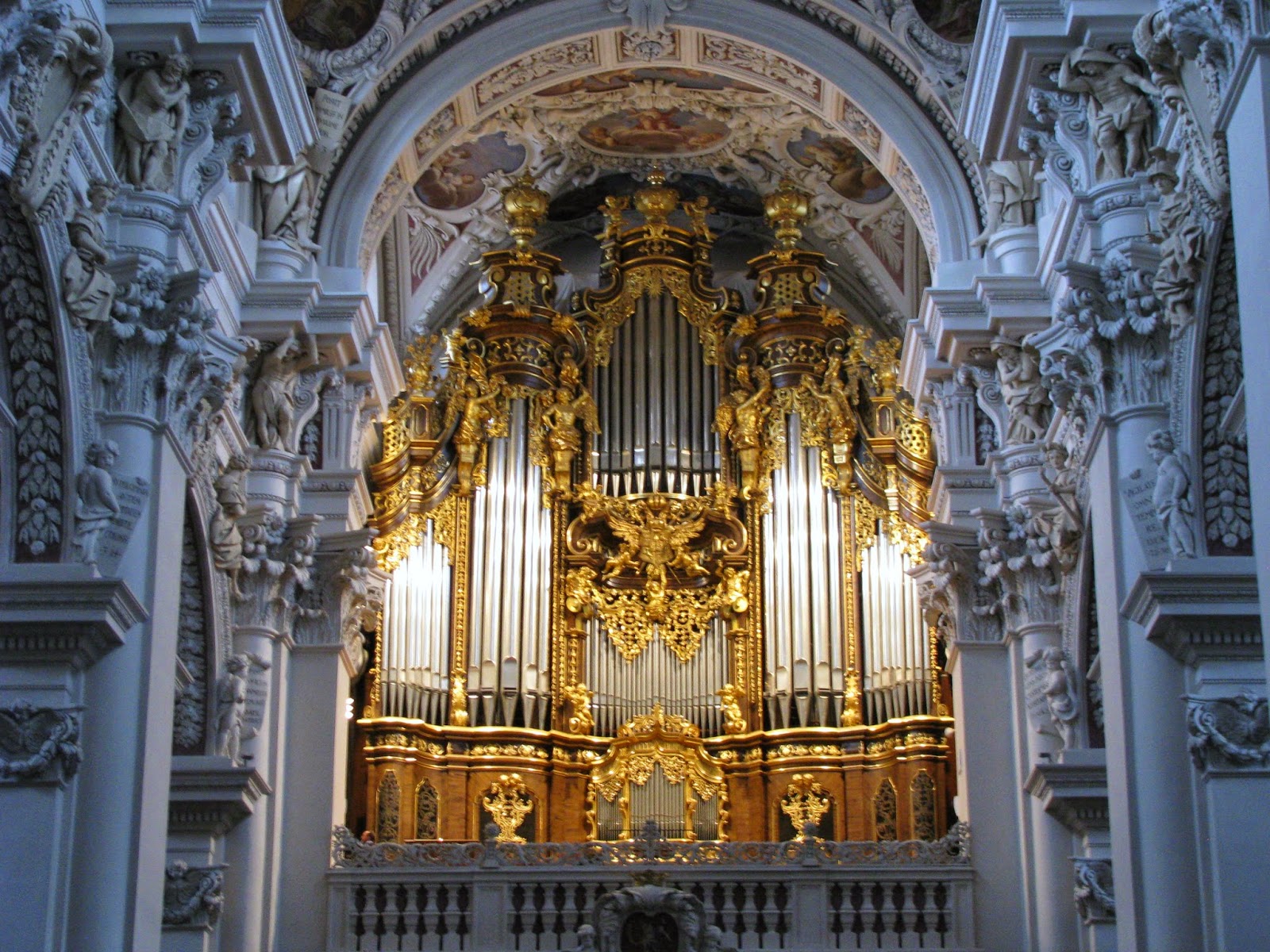 After this, we were again allowed free time to see the city on our own. Based on a recommendation from Marek, our cruise director, we headed to Restaurant am Paulusbogen for lunch. This restaurant is part of a hotel (of the same name) and right on the river. When we arrived at about 12:30, the place was packed. We only ended up waiting about ten minutes, and were shown to a perfect table that was right by the window with a great view of the river. The food was absolutely delicious! I had pork tenderloin with spaetzel and creamy mushroom sauce (and had to stop myself from licking the plate).

My mom had pork with a potato dumpling the size of a tennis ball and my aunt got the schnitzel with fries: 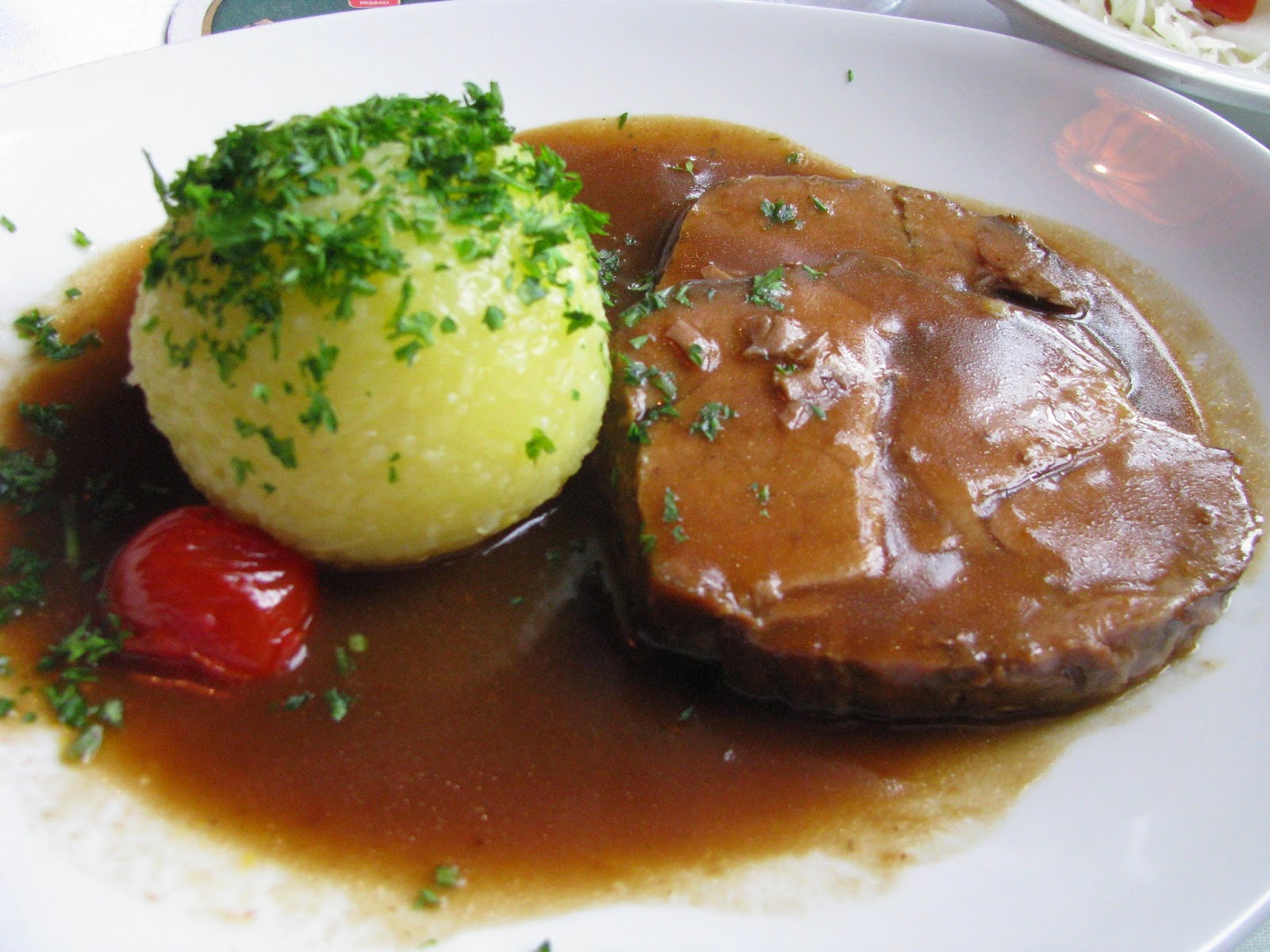 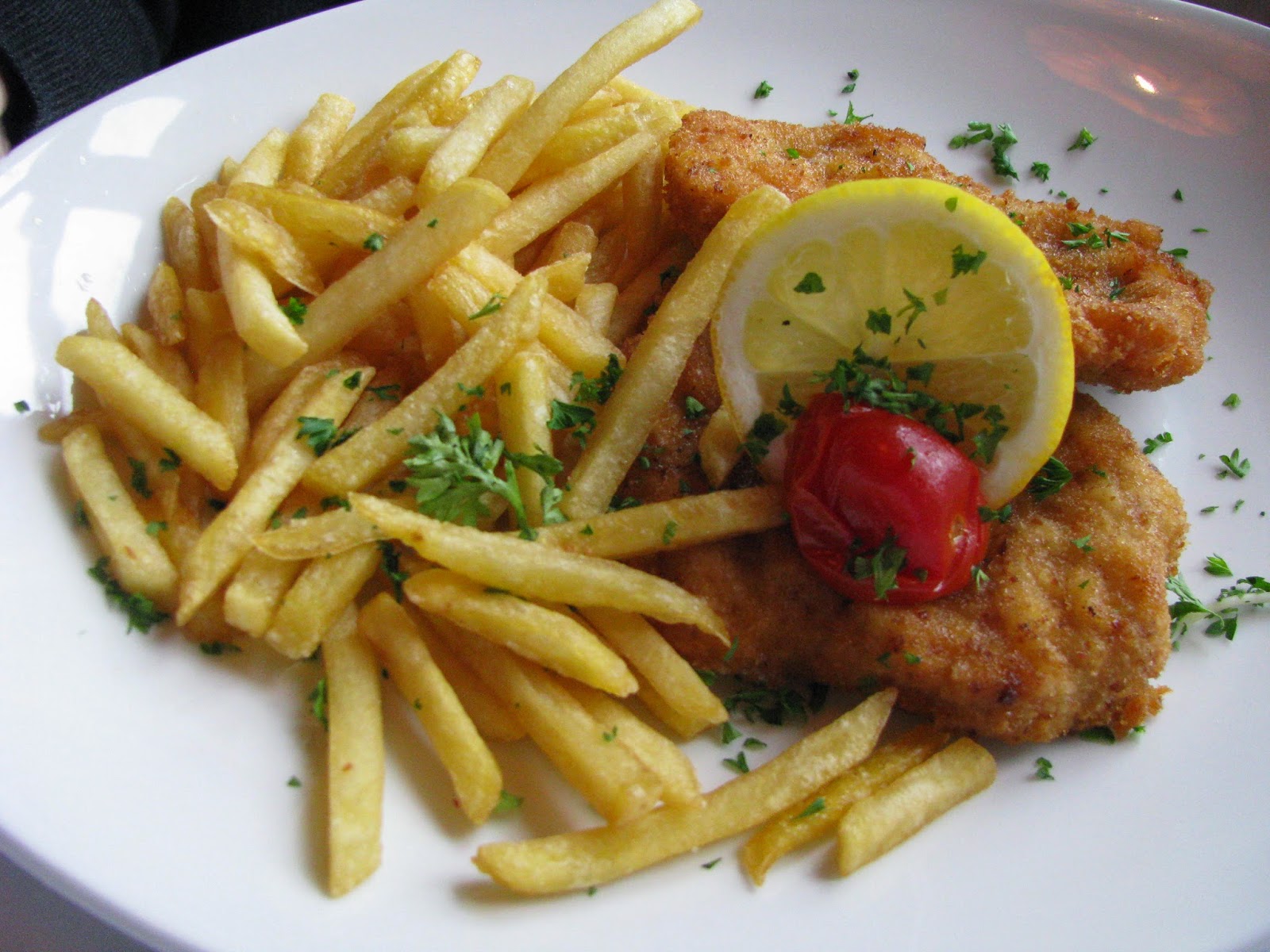 Everything was excellent, including the service. If I ever go back to Passau, I would visit this restaurant again. After lunch, we spent more time walking around the charming city, then headed back to the ship.

Our time in Germany had come to an end, and I was sad to see it over. After getting a small taste of the country, I know that it is somewhere I definitely want to go back to and spend a lot more time in.

Coming on Sunday, we sail off to Austria!

« Prague: The City of a Hundred Spires
Onward to Austria »