After leaving Germany, day five of our cruisefound us in Austria. Our first stop was Melk, where we visited the gorgeous Benedictine Abbey. Perched on a hilltop overlooking the town of Melk and the Danube River, the abbey was originally one of many castles owned by Leopold II. However, feeling exceptionally generous one day in 1089, he bestowed it upon a group of Benedictine monks and the abbey was founded.
Soon after, a monastic school was also established as part of the abbey, and still operates today as a prestigious coed school. During the Reformation in the 17thcentury, the original abbey suffered a great deal of damage. Reconstruction began in 1702 and it became the beautiful Baroque structure we see today. 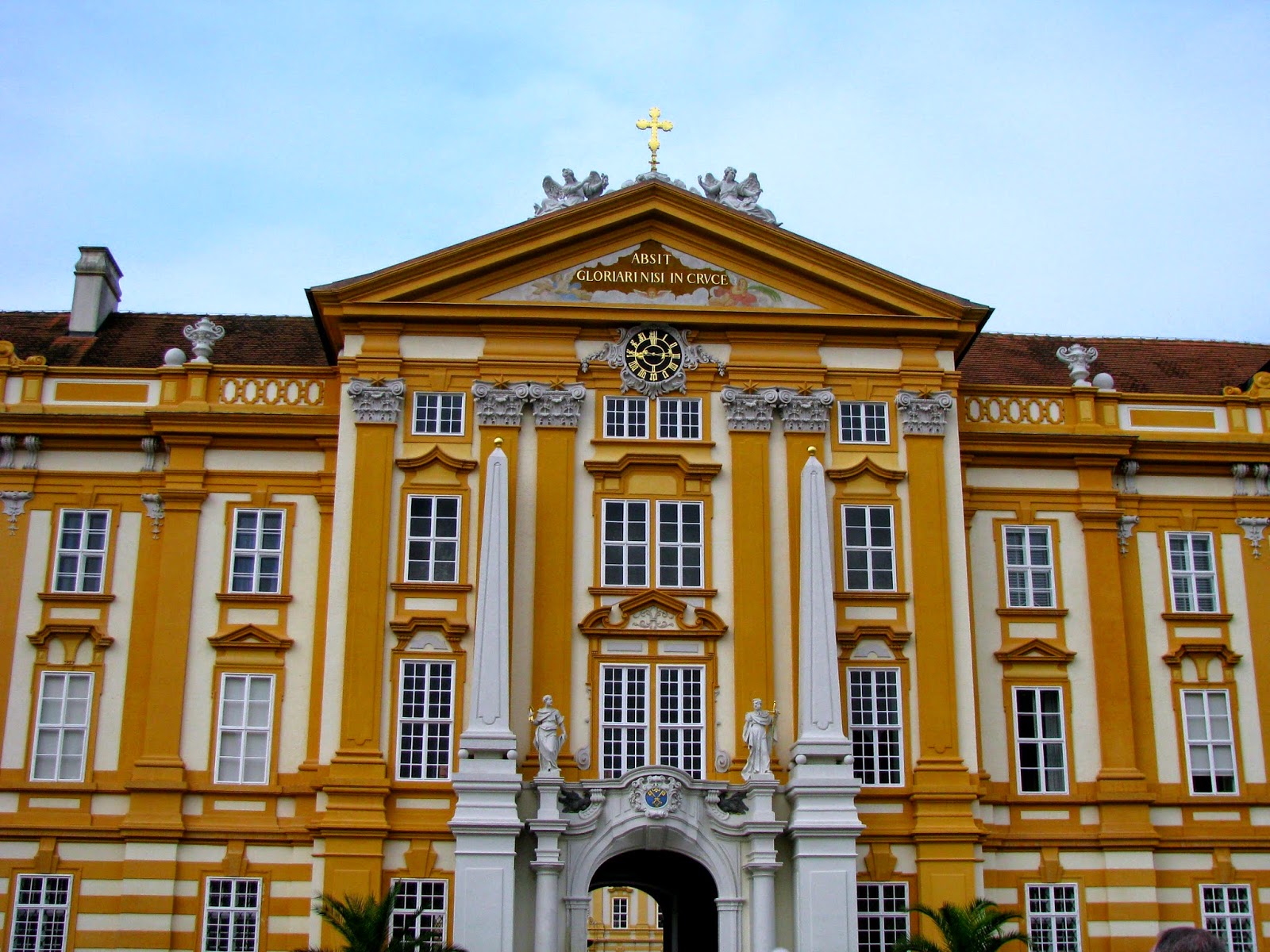 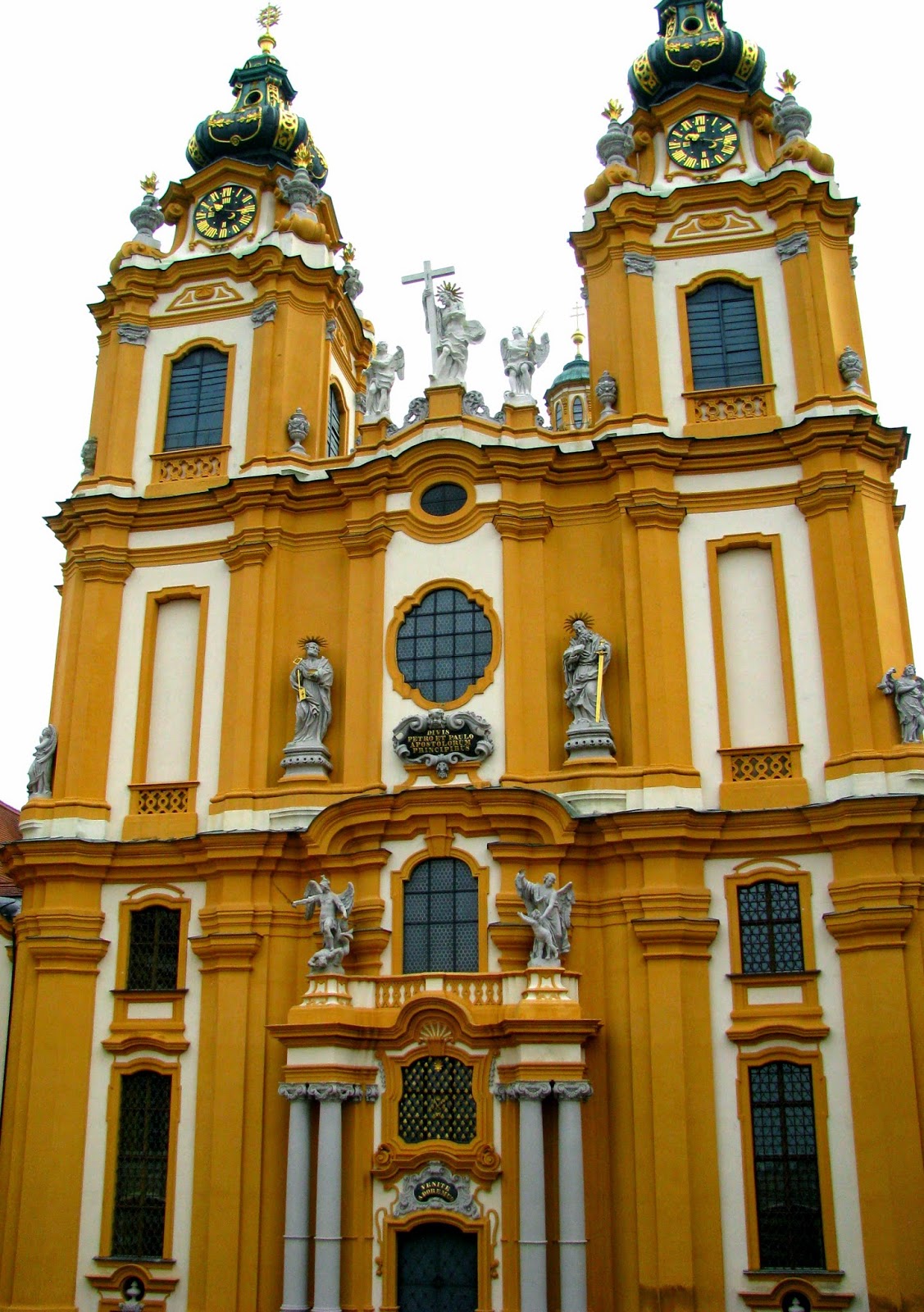 The inside of the abbey is just as grand and impressive as the outside, filled with paintings, frescoes and marble statues.

The two-story library is amazing and contains about 100,000 volumes of priceless literary works, which are organized by topic. As an avid reader, I could have spent hours there, and it was just a small section of the whole library. There are 12 rooms in all, most of which are not open to the public. 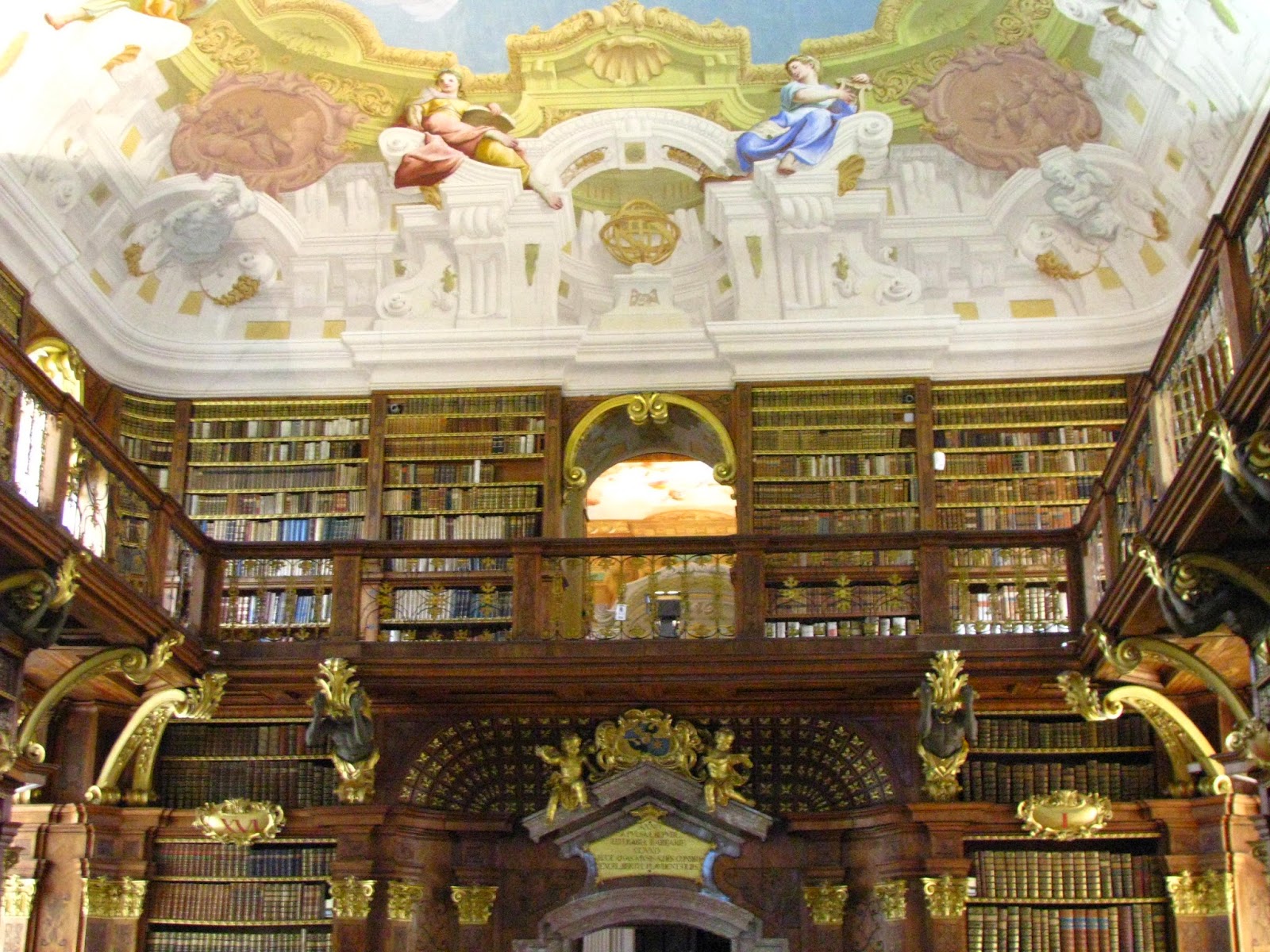 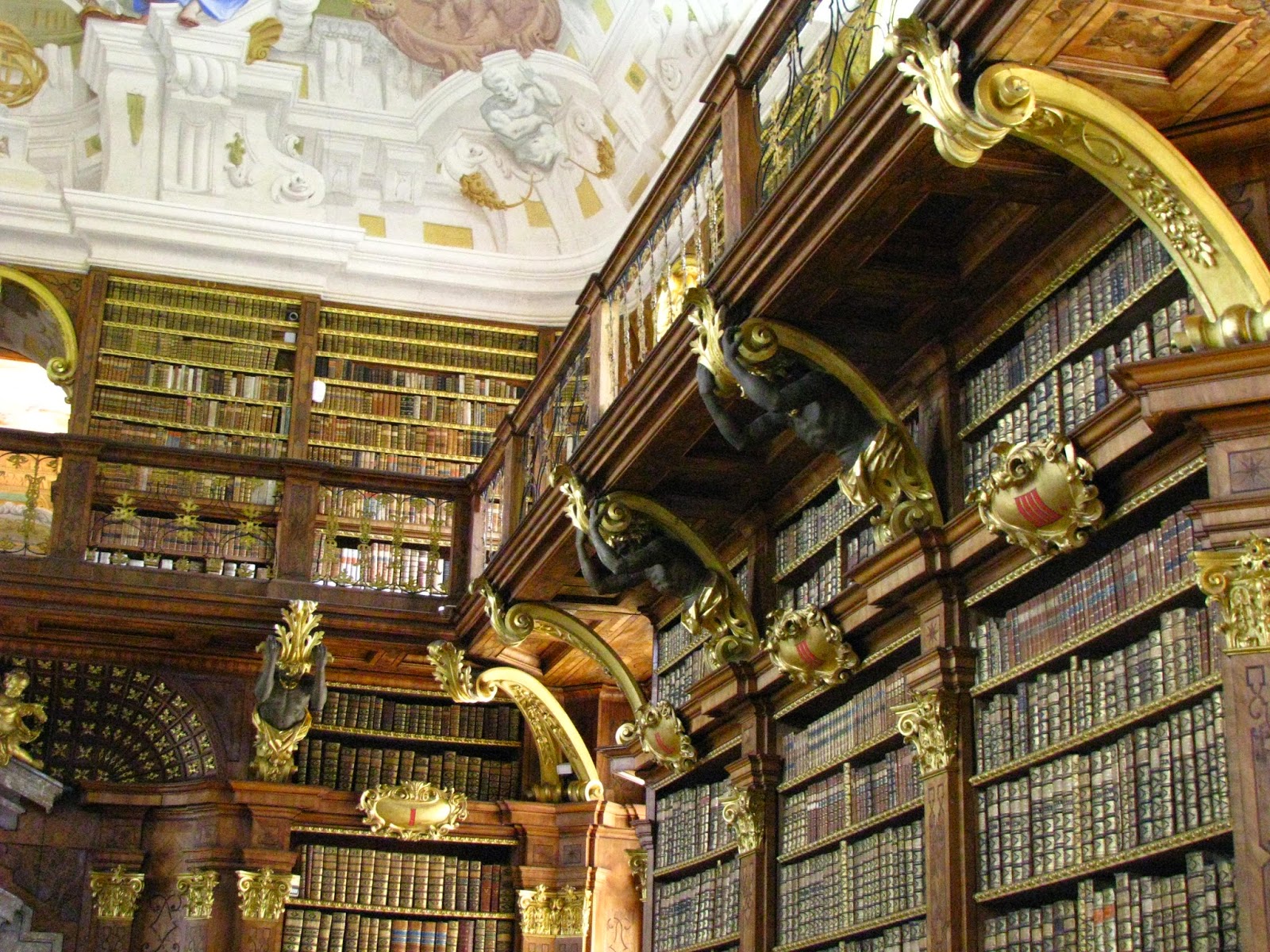 Next, we moved on to the stunning and ornate church of the abbey. The main altar and many other statues in the church are covered in gold leaf, and the opulence is hard to imagine – even when seeing it in person. 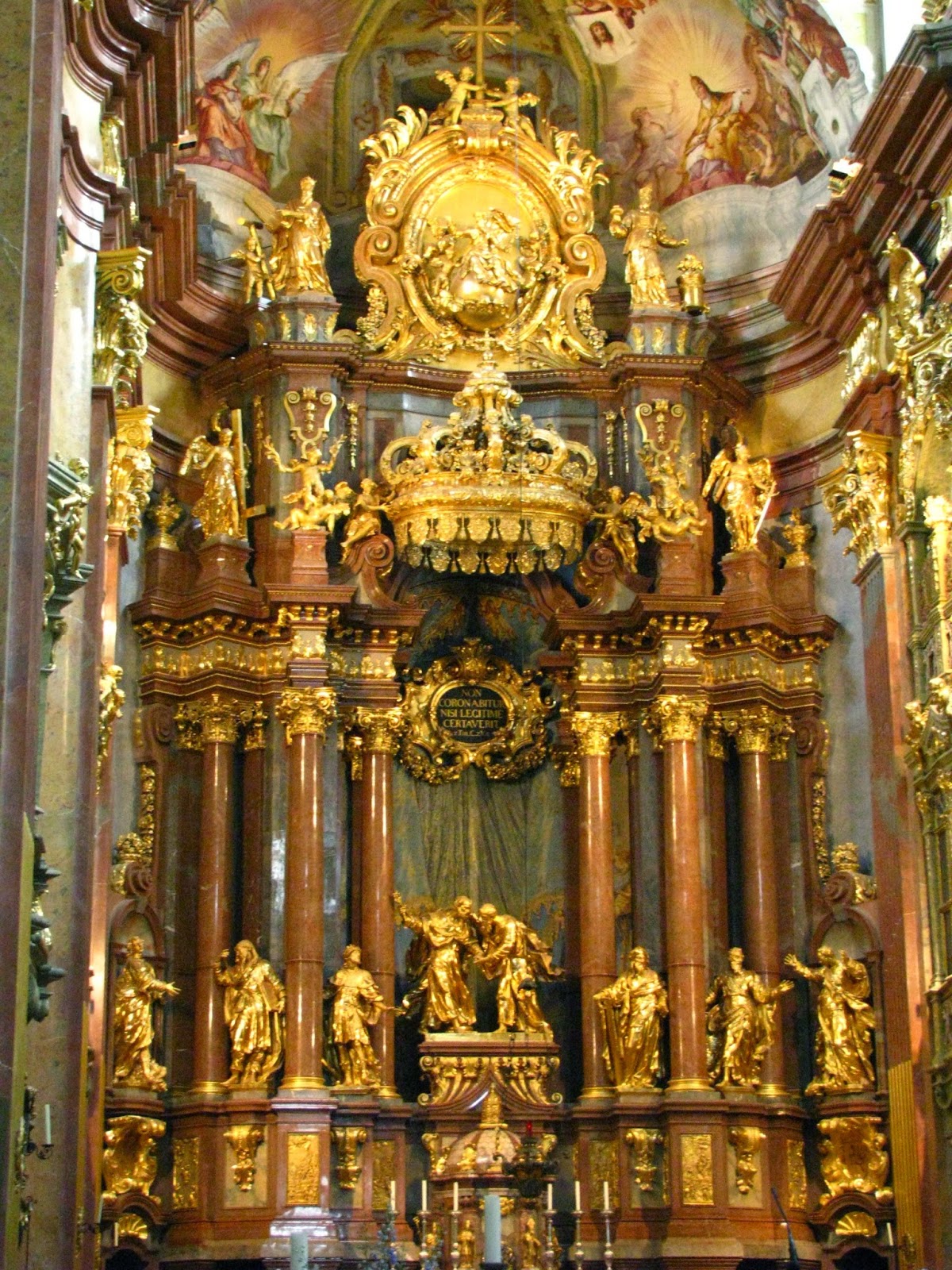 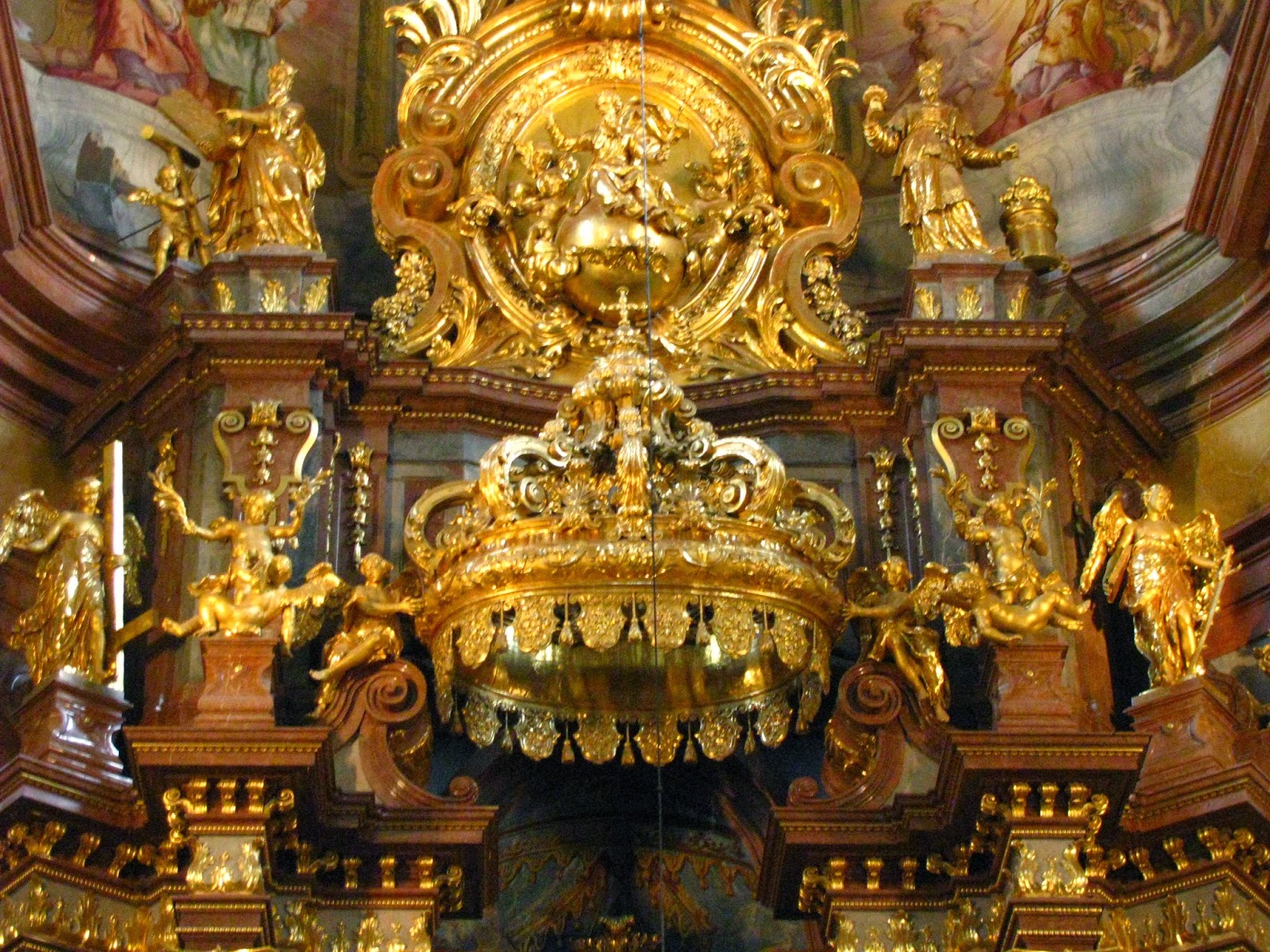 Inside the church, you will also find the skeletons of two saints on display in (oddly) jaunty poses. I know these are sacred relics, but all I could think of when I saw this one was Kate Winslet reclining on the couch saying “Draw me like one of your French girls” to Leonardo DiCaprio in Titanic. 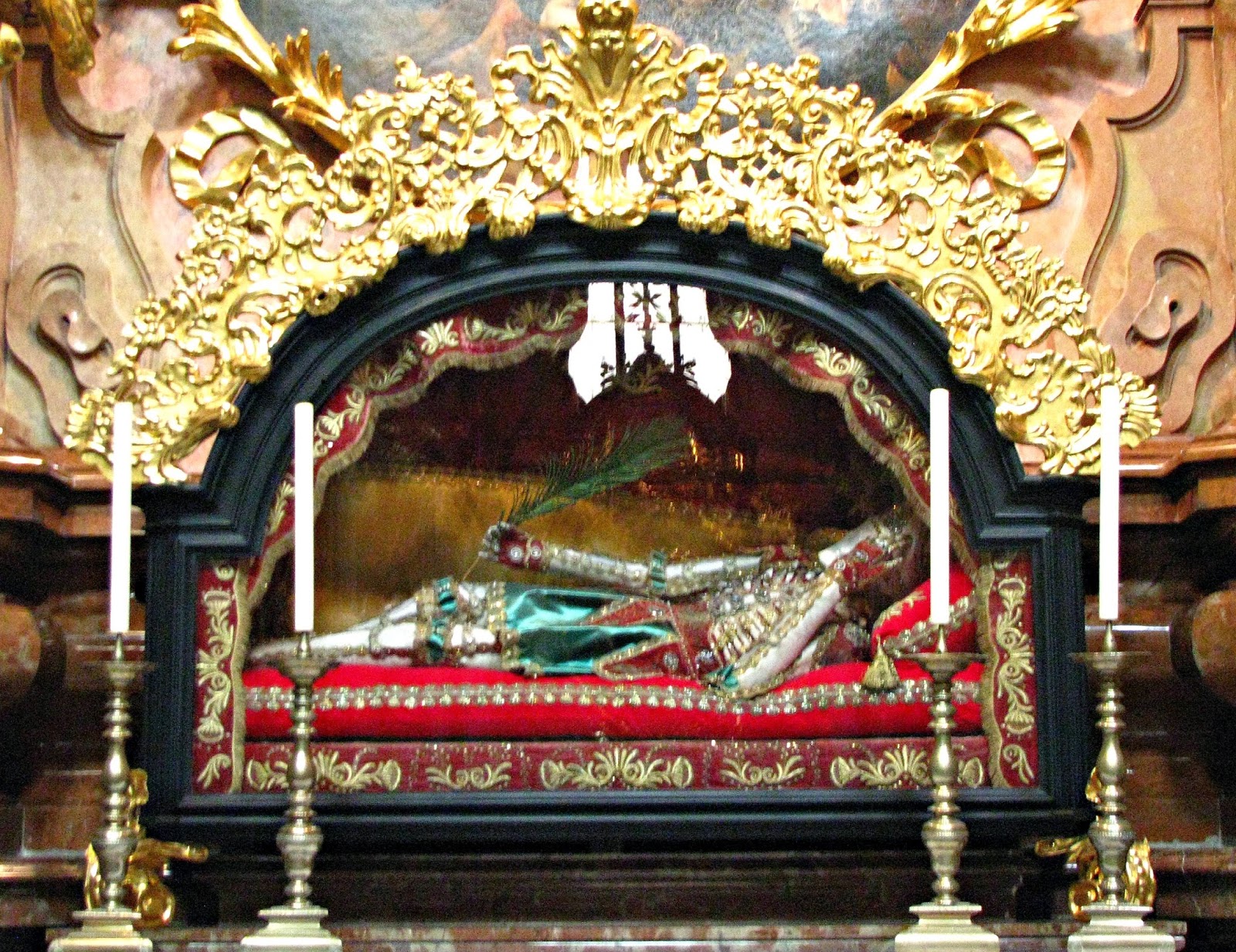 We then had a chance to wander around the grounds a bit and enjoy the gorgeous views from the abbey’s terrace. 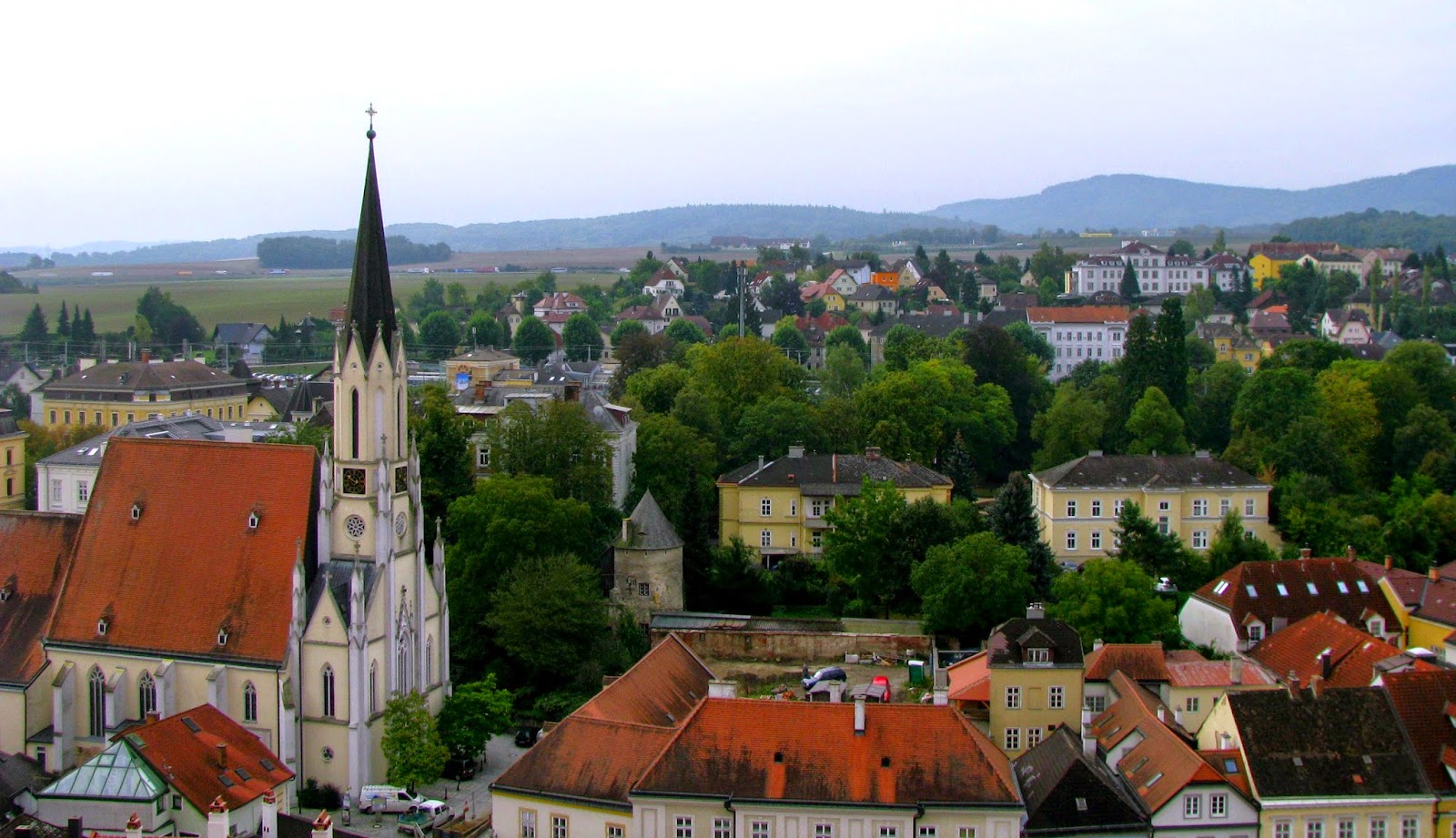 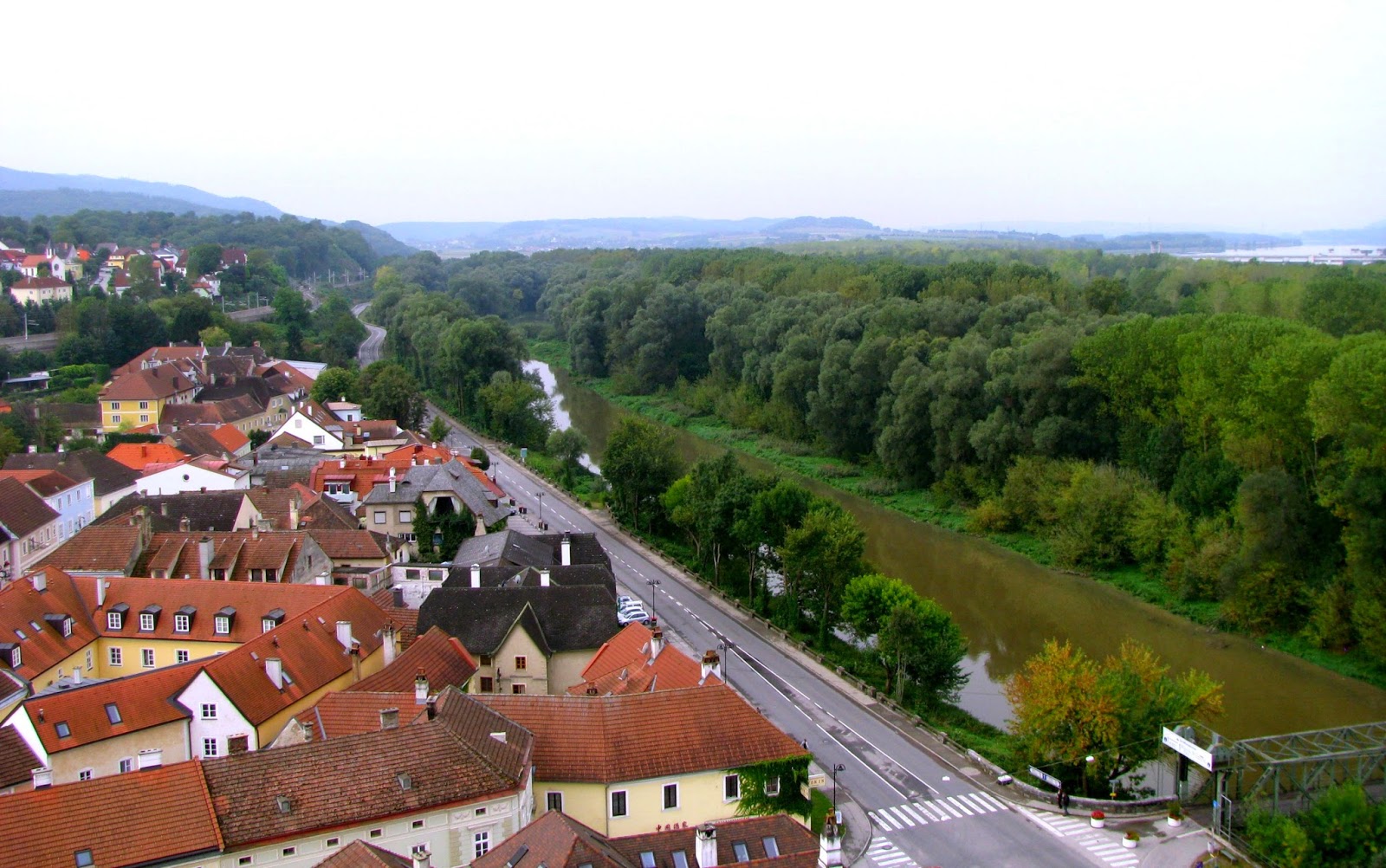 Our tour ended after that, so we got back on the buses, returned to the ship and set sail for Vienna.
Up to this point, we had been doing most of our cruising from place to place overnight. When we left Melk, however, it was only mid-day and the weather was nice, so we went up to the top deck to enjoy the beautiful scenery as we cruised through the Wachau Valley. 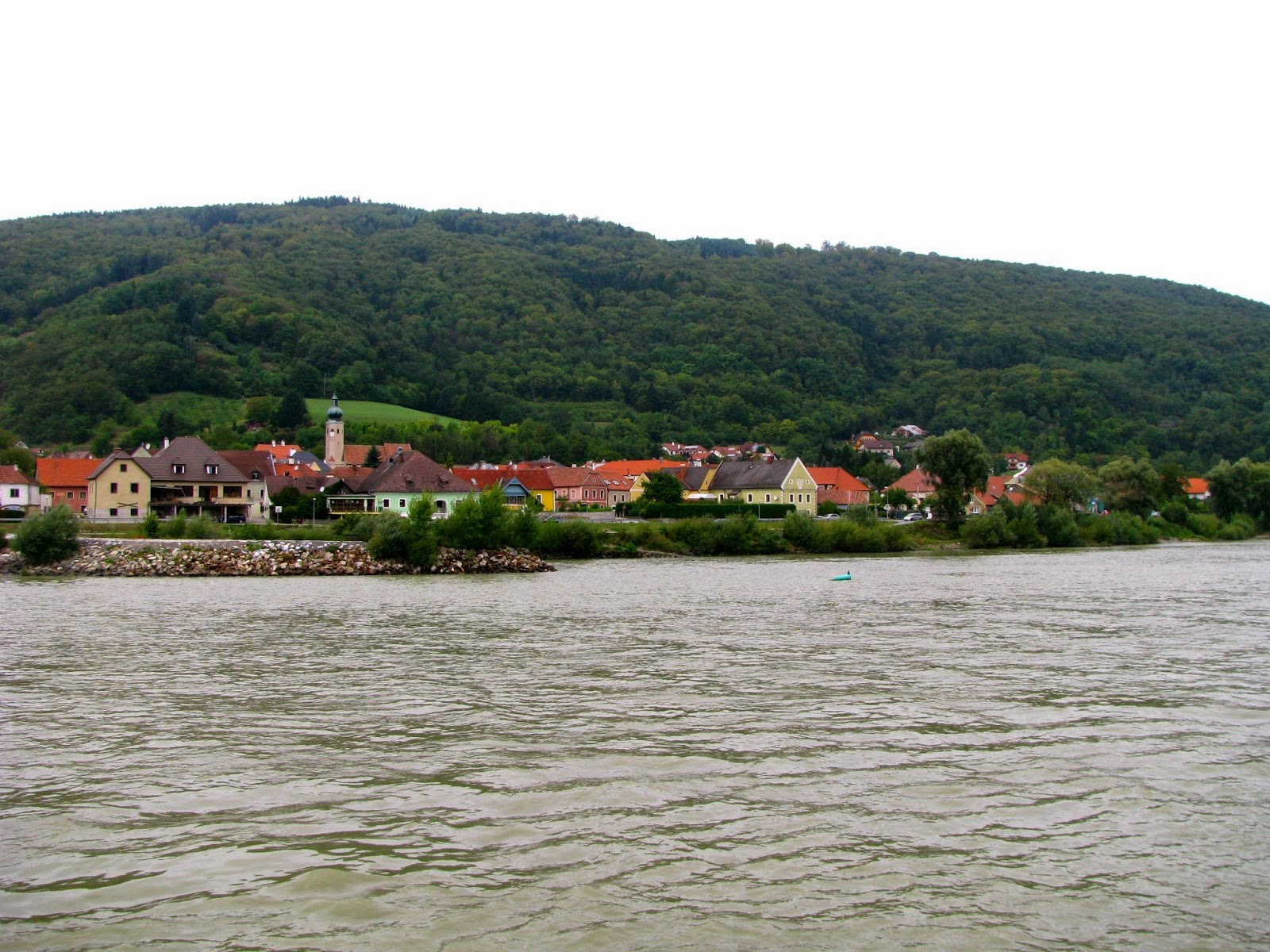 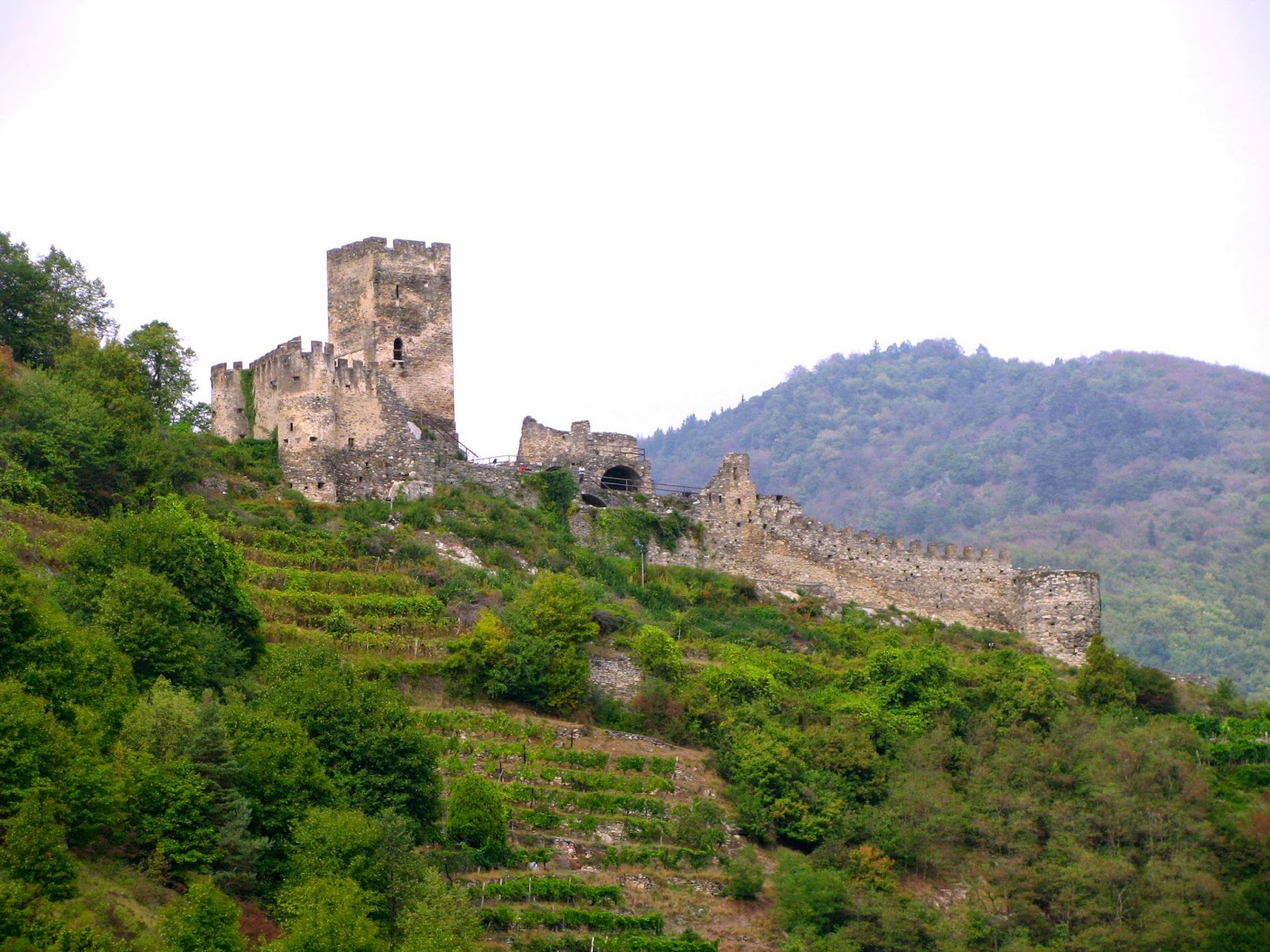 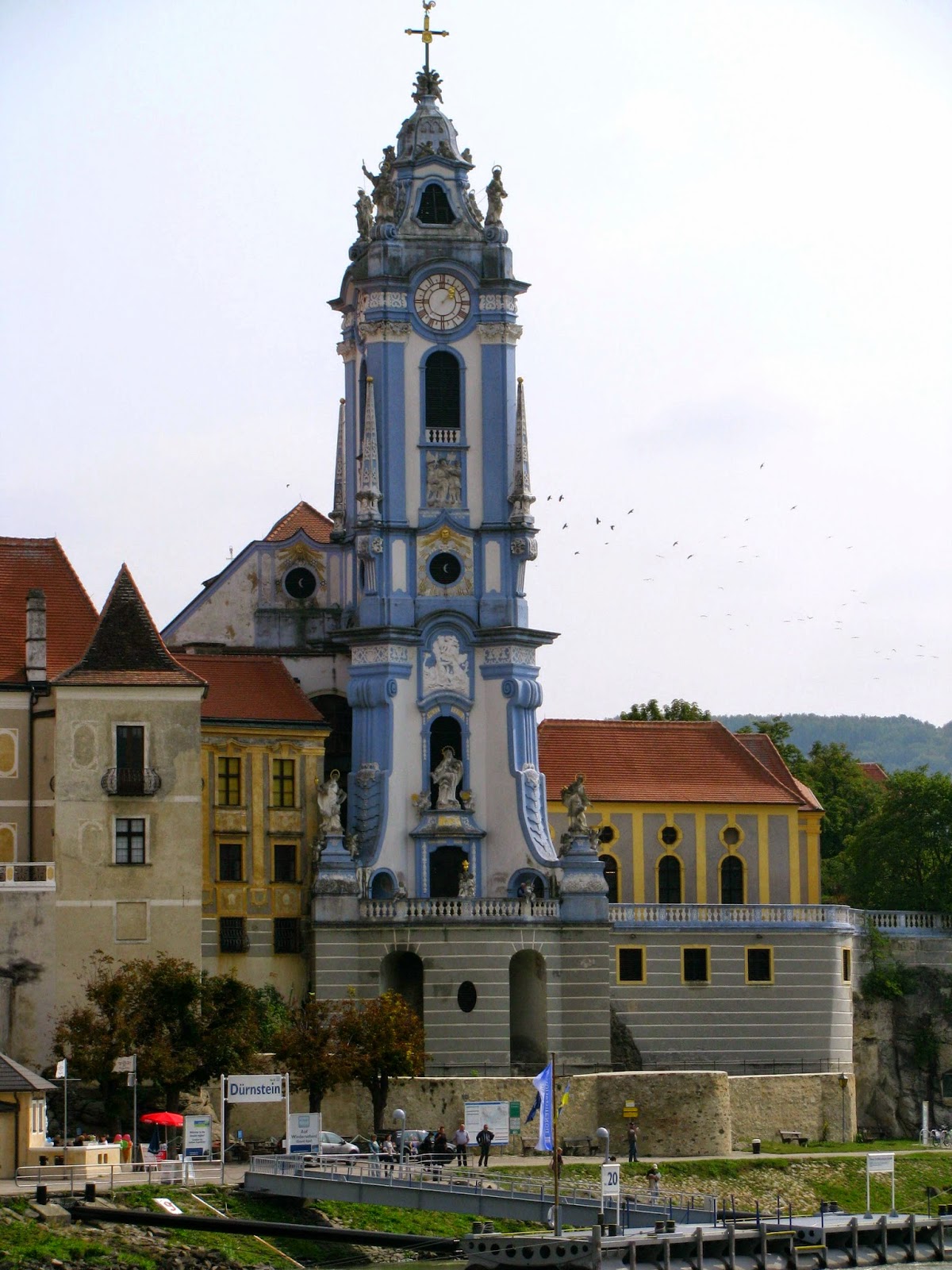 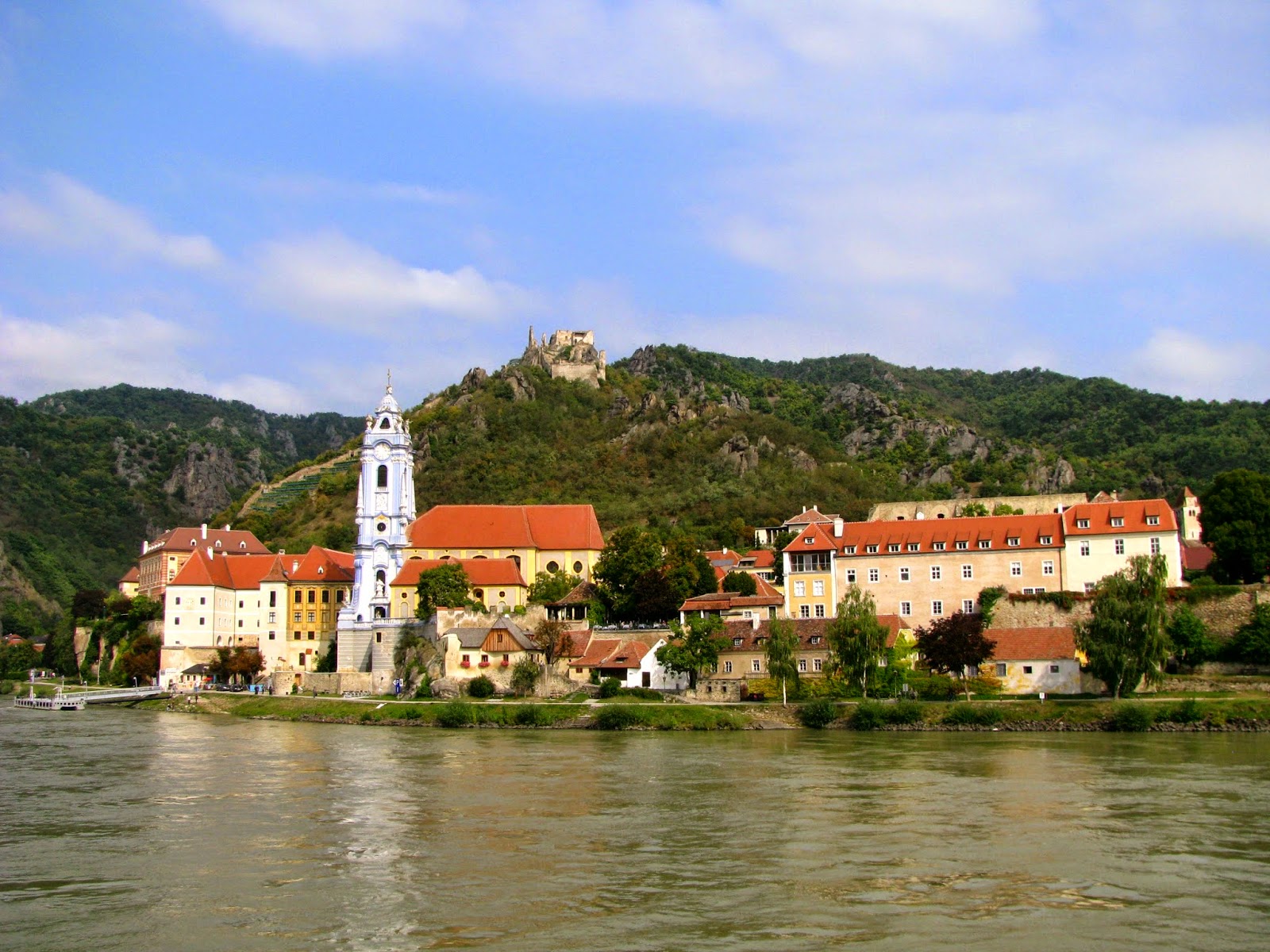 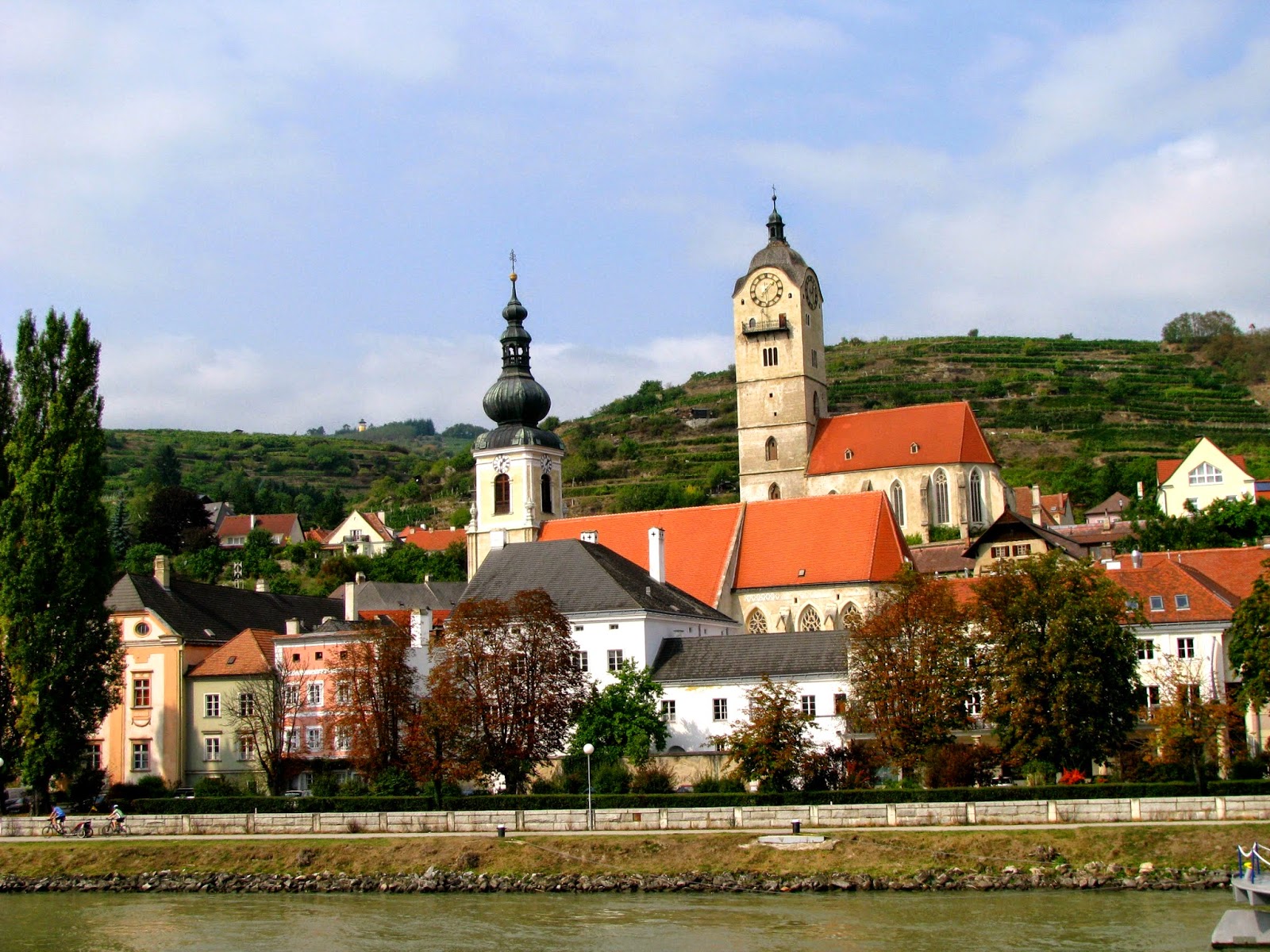 Later in the afternoon, there was an onboard demonstration on how to make apple strudel which was fun to watch and even better to eat the finished product afterward. 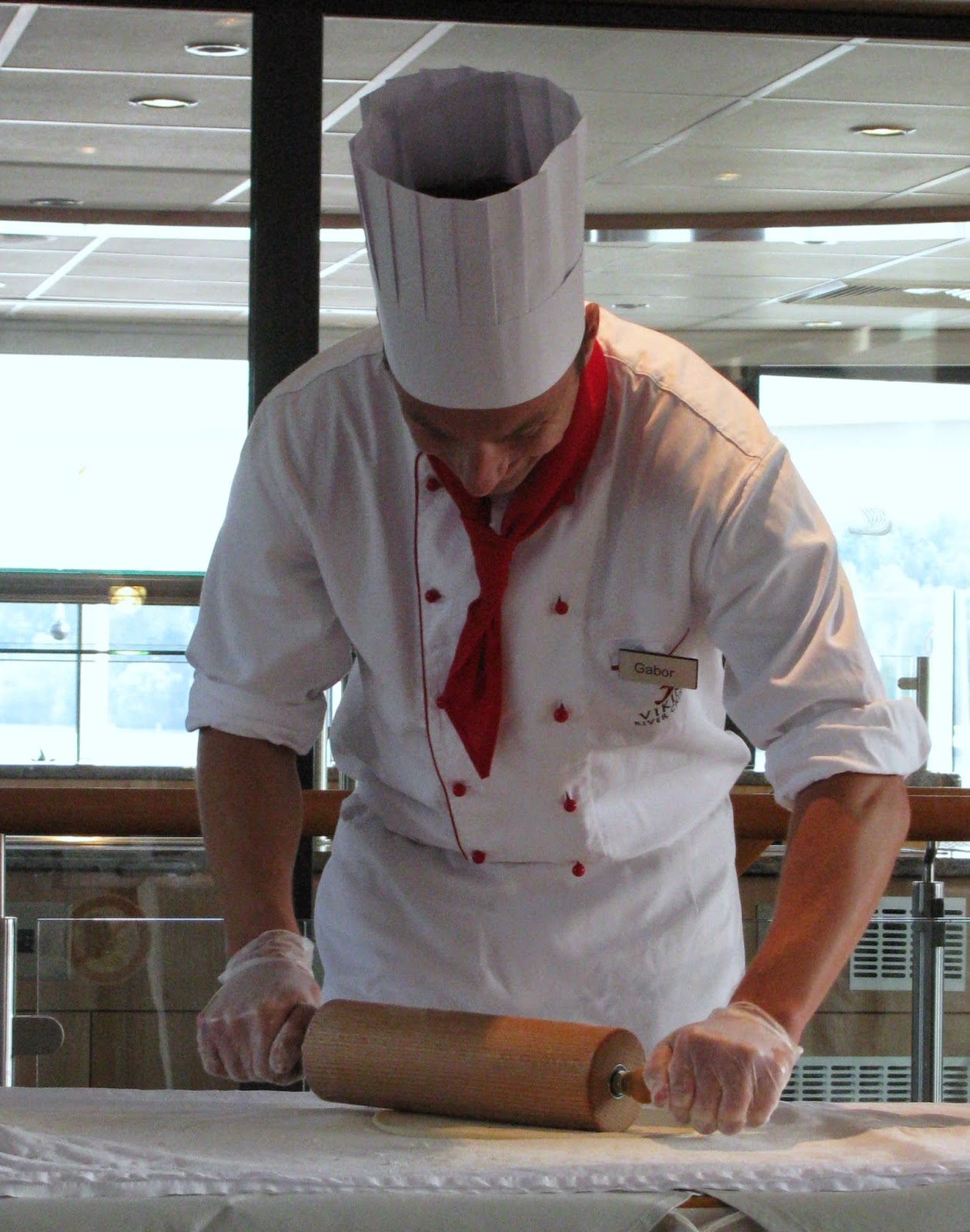 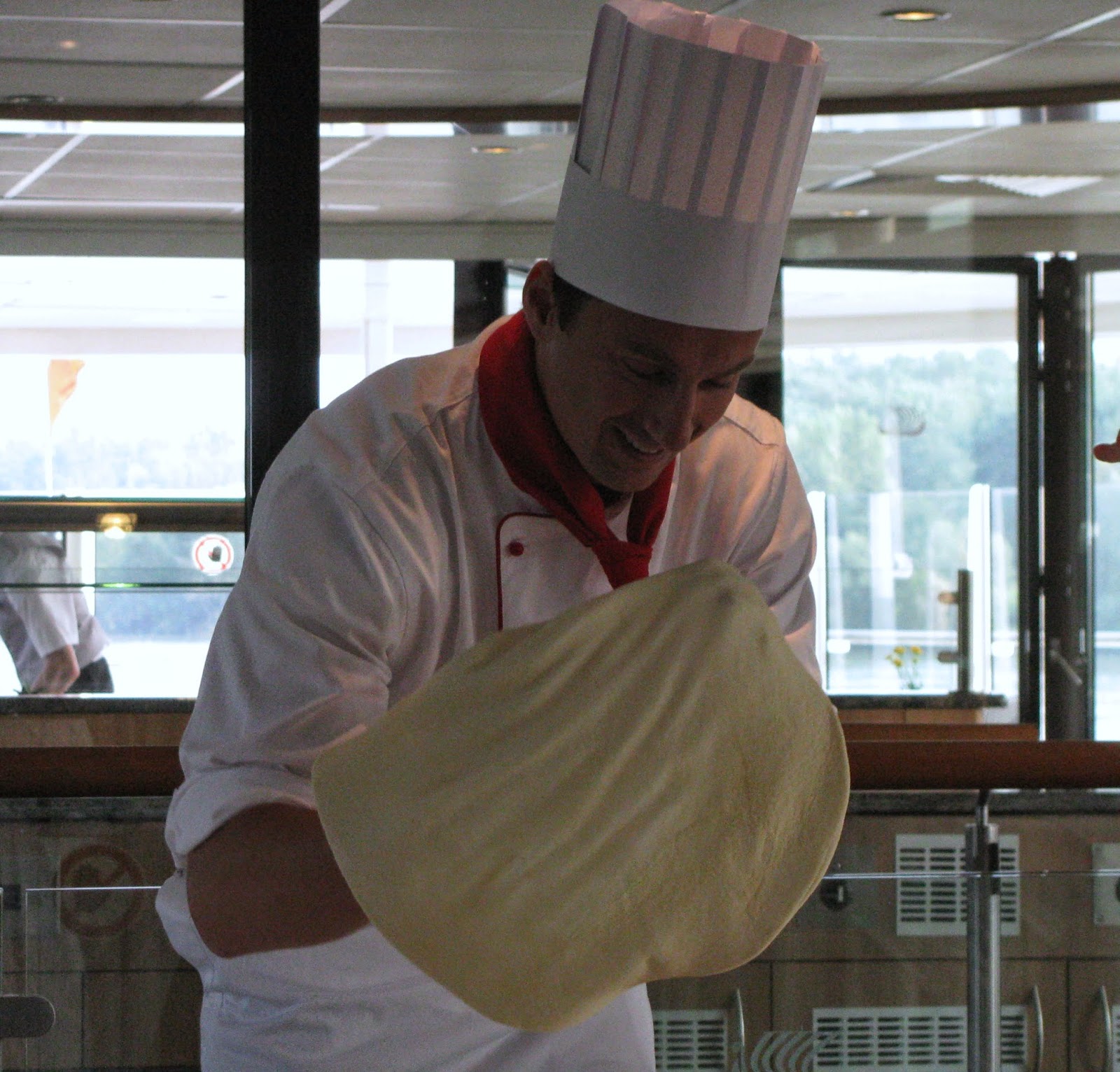 We arrived in Vienna after dinner and set off via bus to attend a concert that was offered as an optional excursion. I am so glad that we chose to do this, because, for me, it was one of the highlights of the trip. We were taken to an old palace and led to a small-ish, but pretty, room where there was a stage set up at the front.
Note: We were not allowed to take pictures during the performance, so all I have is one of the empty stage before the performance began. 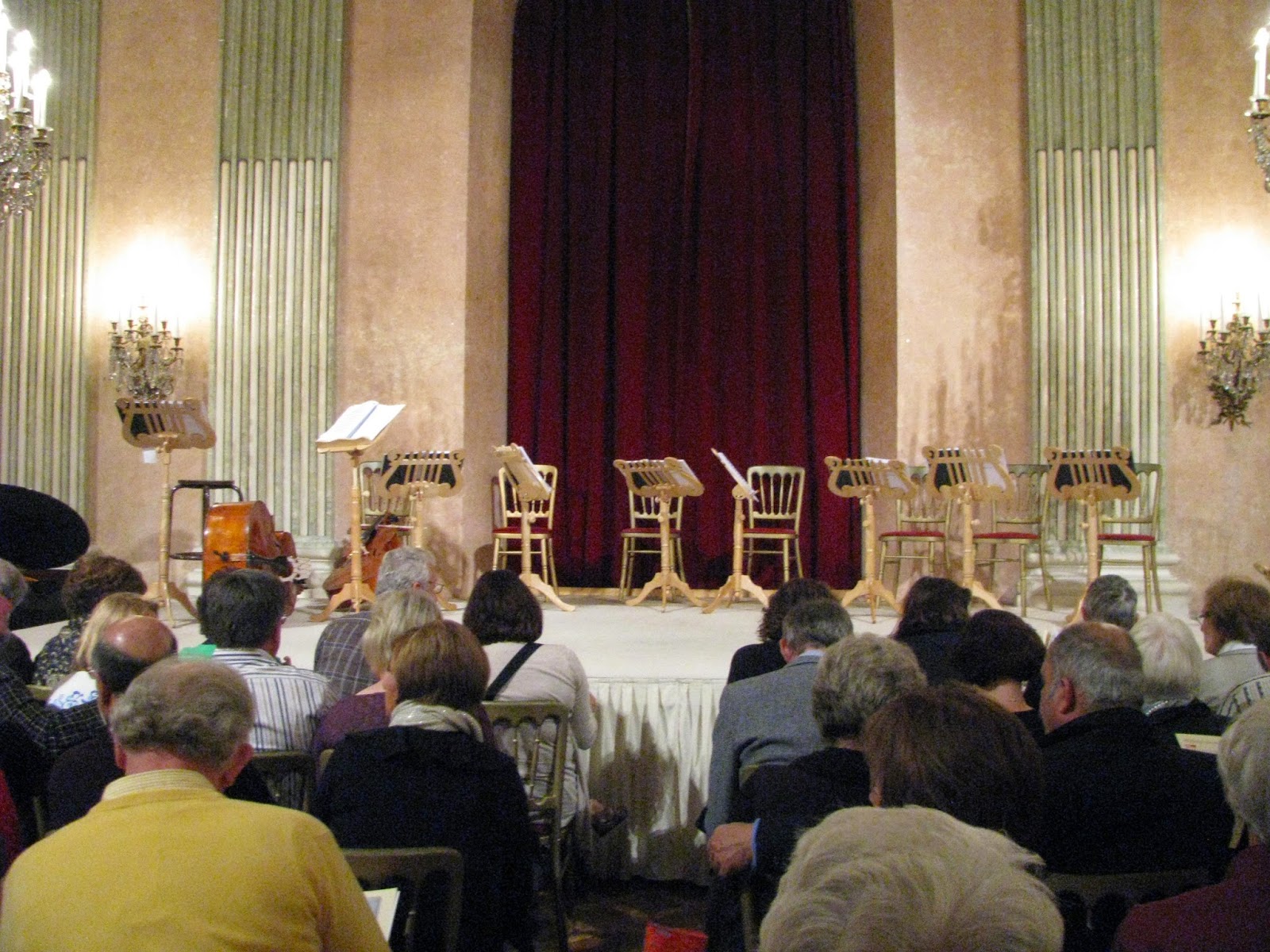 Several members of the Vienna Residence Chamber Orchestra played various pieces by Mozart and Strauss. There were also ballet dancers and opera singers that performed at different intervals throughout the evening. The chairs set up for us were packed pretty closely together, and were not very comfortable. But, honestly, that didn’t really matter much to me since I was sitting in a palace in Vienna, enjoying the amazing performances.
During a short intermission, they served complimentary champagne and had CDs from the Chamber Orchestra available for purchase (yes, of course I bought one…and I still listen to it!). It was a really special experience, and if you enjoy classical music, one that I would definitely recommend.
After the concert, which I think lasted about two hours at most, we got back on the buses and returned to the ship for the evening.
The next day we set out in the morning for a city tour. The bus took us along the Ringstrasse, which is a circular road that surrounds the city center. Construction started on the road in 1857, and took the place of the former city walls, which had been torn down shortly before then.
After riding around the city for about an hour, we got off the bus and continued the guided tour on foot. We went past the Spanish riding school where the famous Lipizzaner horses are kept. 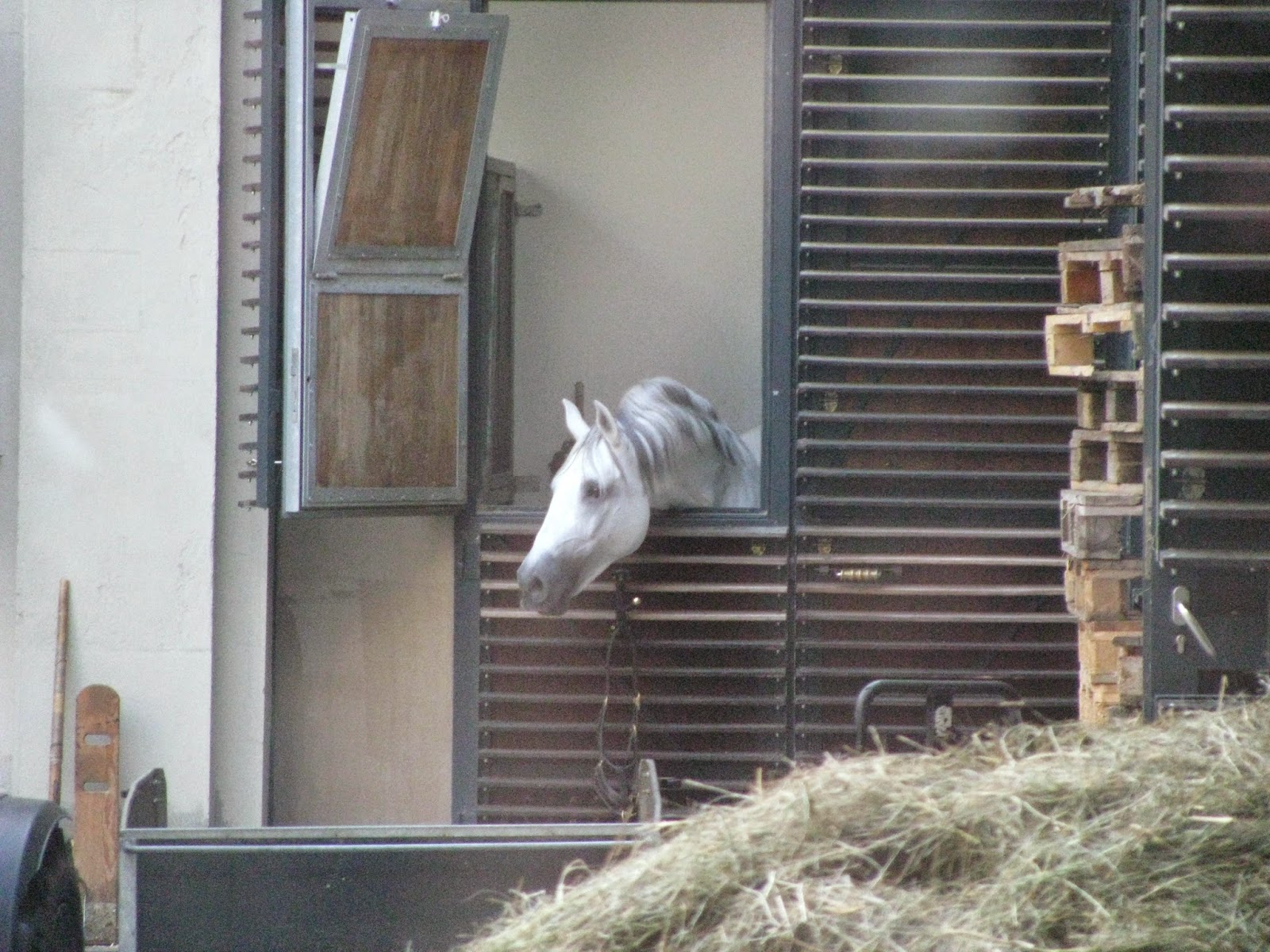 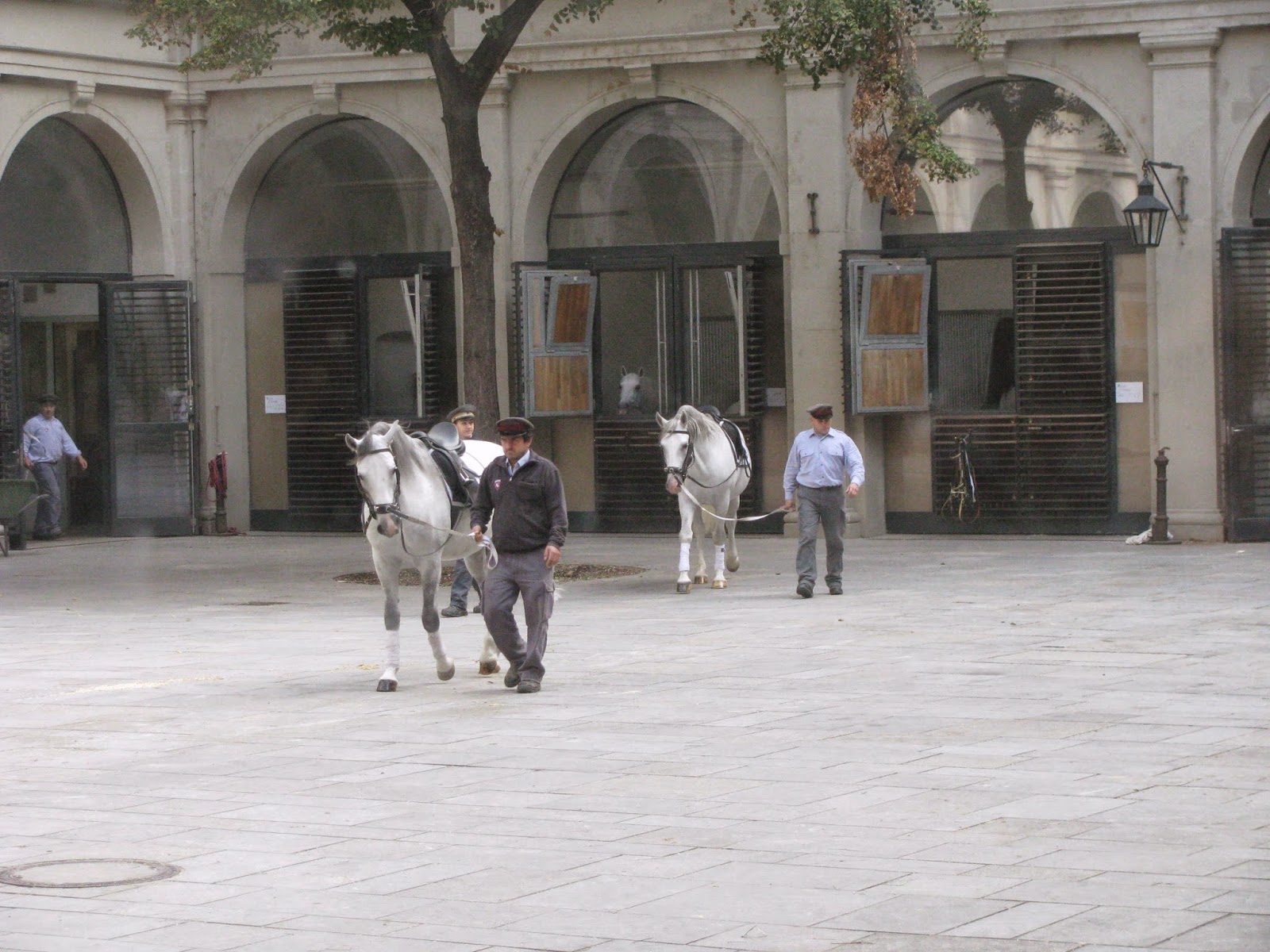 We also came across Mozart catching up on his correspondence. 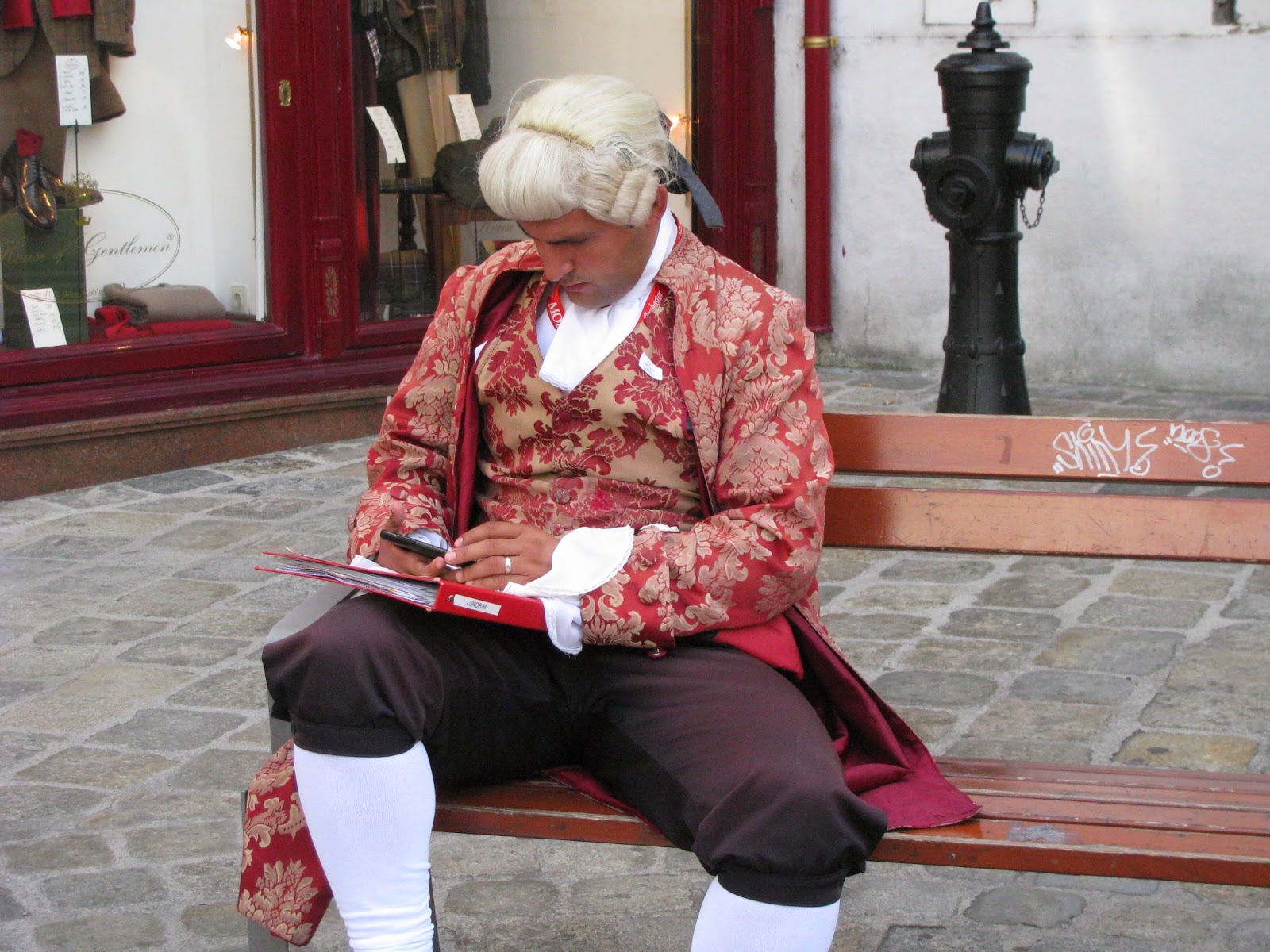 After the guided tour concluded, we had some free time on our own. We walked around the historic city center and purchased some Viennese coffee beans to take home to my dad. We then made our way to St. Stephan’s Cathedral, which is notable for its beautiful ceramic tile roof. 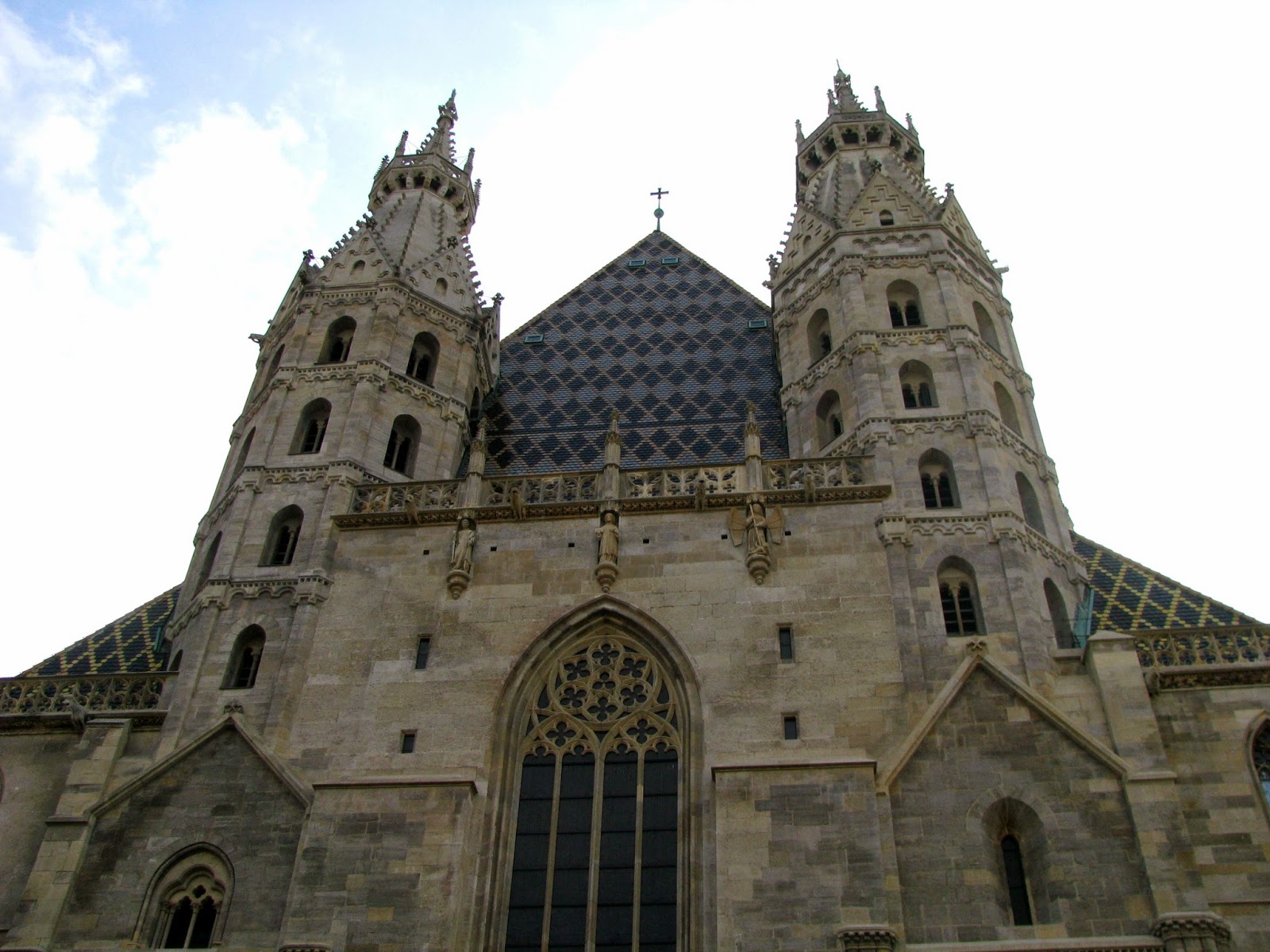 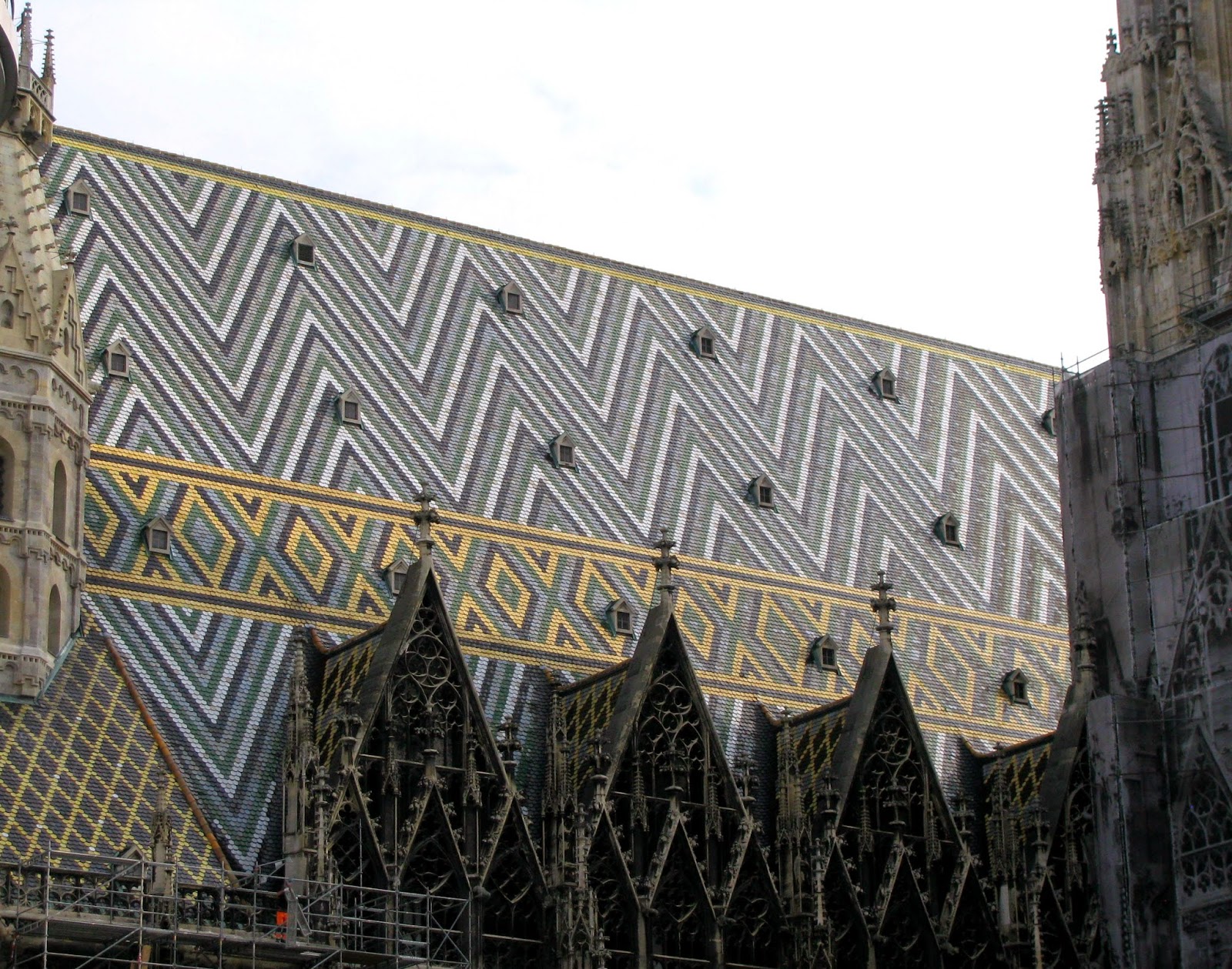 It was then time to meet the bus to go on an optional excursion to Schönbrunn Palace, also known as the “Versailles of Vienna”. Built in 1778, this sprawling and opulent structure served as the summer residence of the Habsburgs. We toured through a very small section of the over 1,400 rooms in the palace. 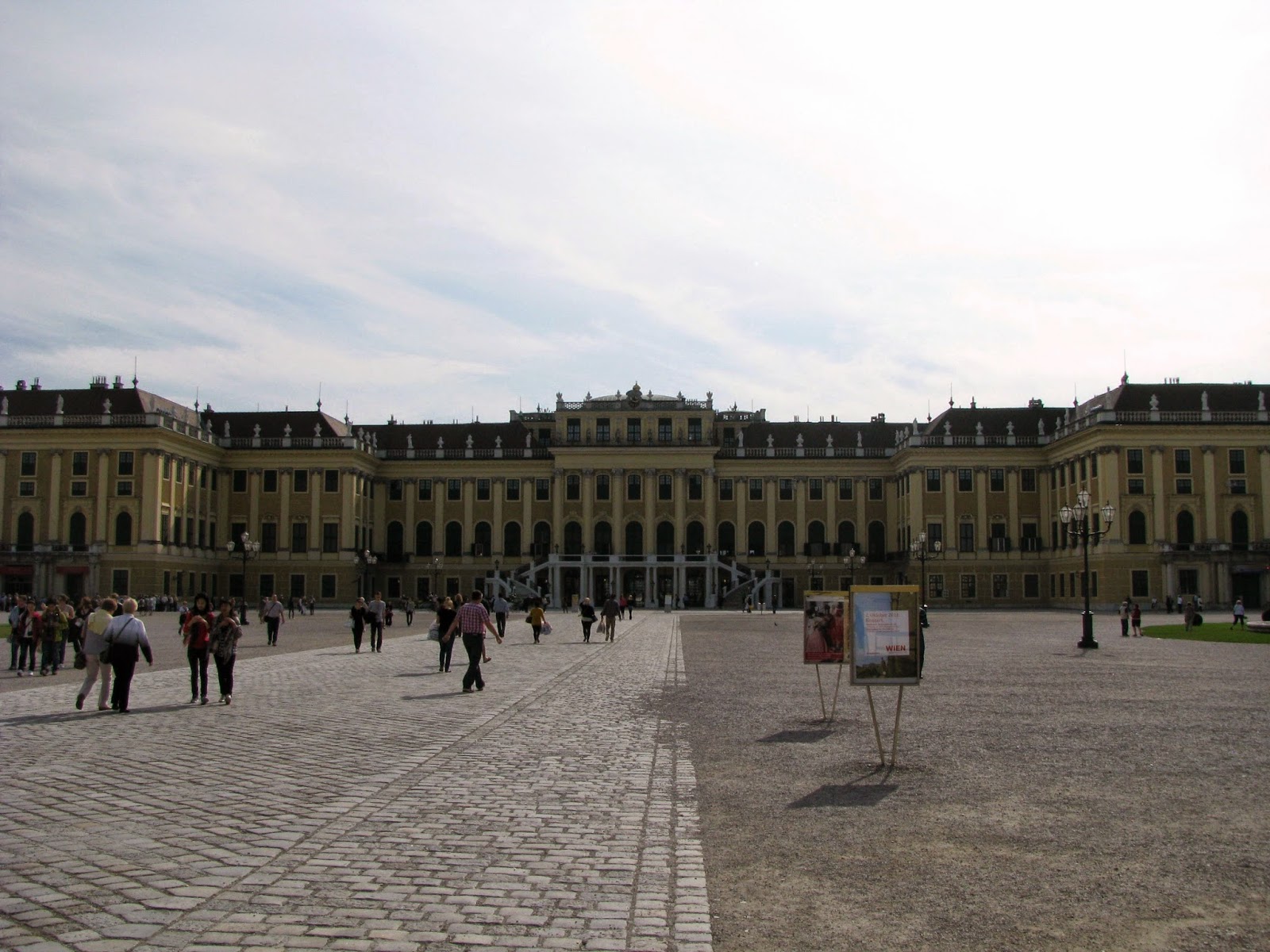 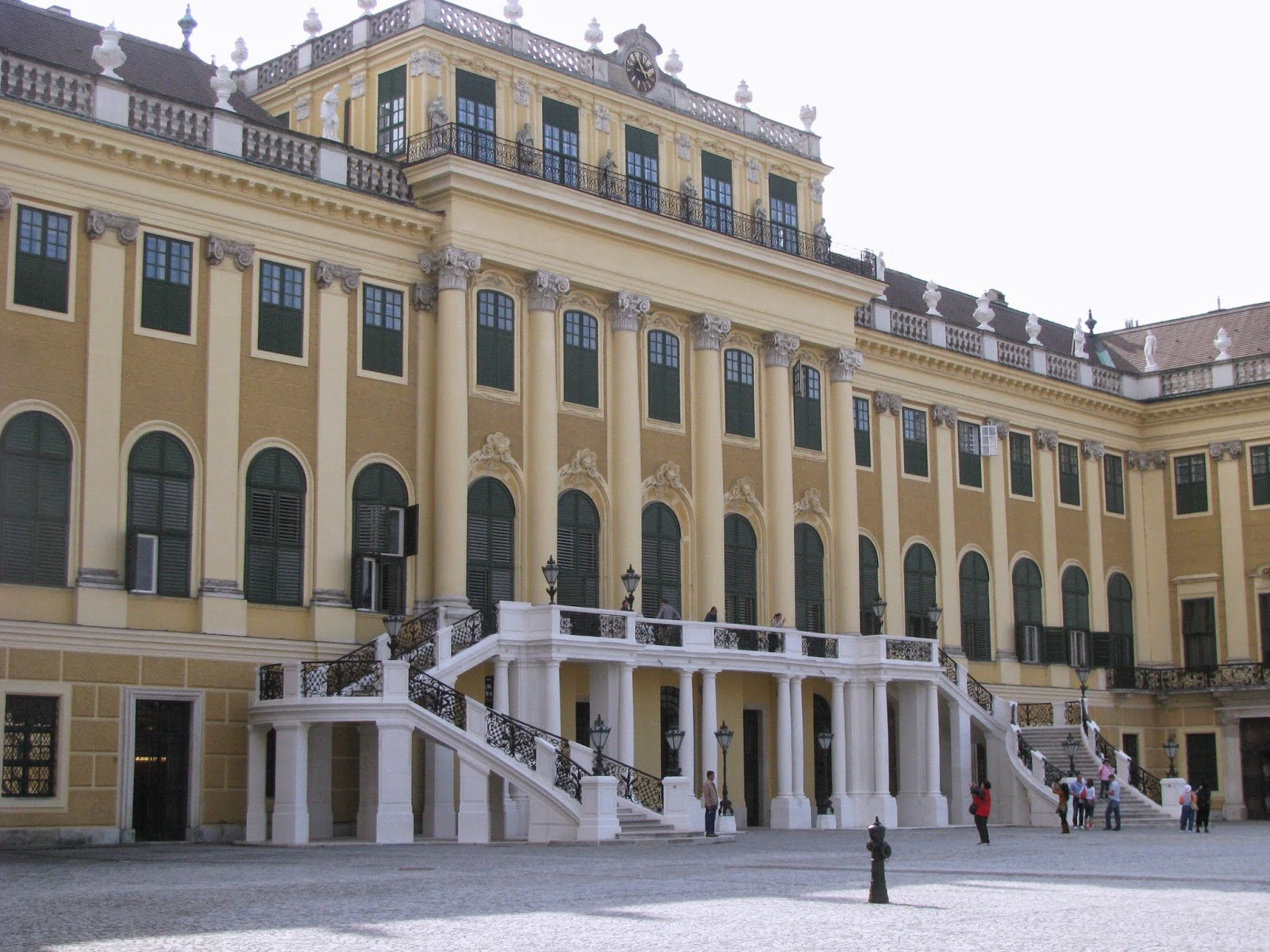 The palace gardens are immense and stunning, and you can even see Roman ruins in the distance. 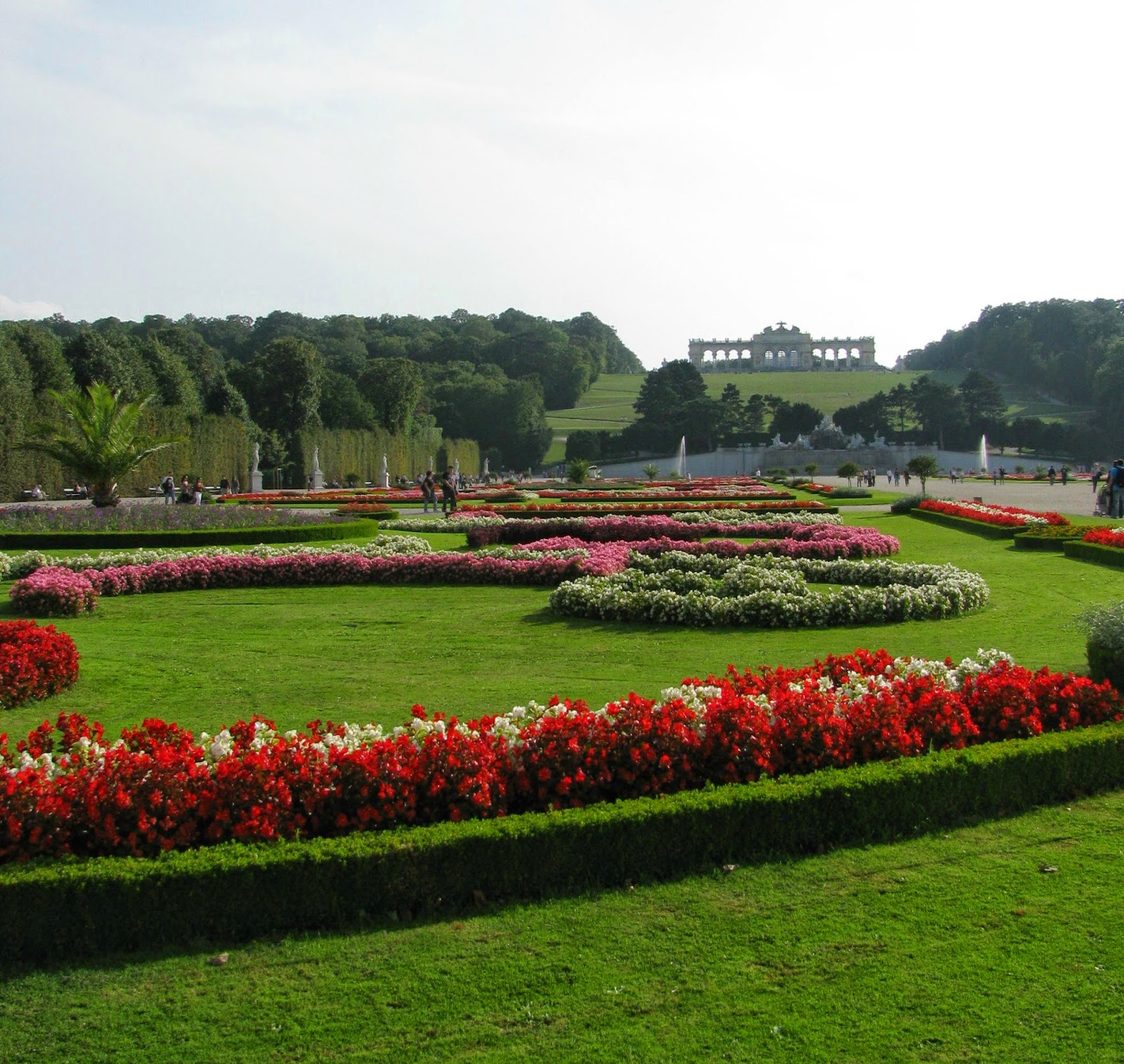 Walking around, it was just hard to believe that this whole place was used for one family. One family! And not even as a main residence, but as a summer residence. I mean, I don’t know about you, but when I was growing up, my family spent a week in a musty-smelling, four-room cabin on a lake in Wisconsin during the summer…and I had to sleep on the couch (not even a pull-out)! Oh, to be royalty…
After the palace tour, we went back to the ship and our time in Vienna came to an end. I would definitely have liked to have at least a few more hours in Vienna to walk around during the day (which we could have done if we didn’t go to Schönbrunn Palace, but I’m glad we did). To me, as a big city, Vienna didn’t have the charm that the other, smaller cities we had visited did, but it was very enjoyable nonetheless. Plus, I was very disappointed that I didn’t have time to try the sachertorte (chocolate cake) that the city is known for!
Coming up in my next post, the last stop on our wonderful river cruise: Budapest.

« Setting Sail to Germany
Budapest: A Tale of Two Cities »